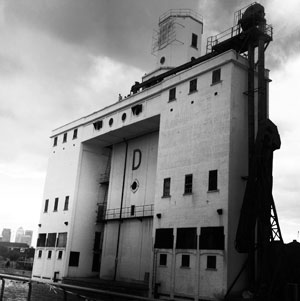 If there’s one thing Bloc has going for it this term, it’s the sheer scale of its ambitious programming and setting.

Where previous iterations of the electronic dance music festival have taken place in Minehead, the Bloc team have uprooted to the capital for 2012’s outing. Enlisting the help of the team behind Glastonbury’s late night area Shangri-la, Bloc will be taking place across two days at London Pleasure Gardens, a new – and, on what we saw the previous weekend, not quite complete – venue comprising sizeable acreage in London’s Docklands.

For those who prefer their club experiences to be of the warehouse type, or German for that matter, Bloc bodes well on both fronts. Think Berghain plonked in the Docklands (it’s even going to feature an East German fishing trawler the MS Stubnitz as one of the areas).

Techno heads need look no further than a stellar billing with the likes of Richardo Villalobos, Sandwell District, Jeff Mills, Surgeon and Ben Sims. For a blend of live performance and smart production, Flying Lotus, Nicolas Jaar, Four Tet, Battles and Apparat Band all lead the way. House music has its poster boys Jamie Jones and Art Department appearing on Day 1 too.

Bass music features more heavily on the second day with a strong lineup including the likes of Scuba, Actress, Martyn and L Vis 1990. There will also be some worthwhile showcases from labels such as Numbers and Hyperdub, the latter on the trawler.

So whether you like it glitchy or grinding, grimy or giddy or just plain gin and juice we’re pretty sure there’s something at Bloc for everyone’s taste.