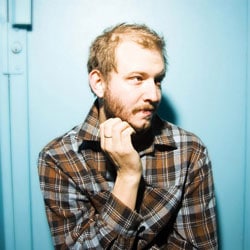 The mark of a good festival is possibly the fact that after a while it becomes synonymous with the time of year it takes place.

And after enjoying the last two mid-Septembers at the End Of The Road festival, as the first leaves of autumn fall, thoughts turn once more to the magical musical pilgrimage down to Salisbury.
Over the last two years the End of the Road has built a fantastic reputation as one of the essential festivals on the UK circuit, gaining press and punter acclaim on the back of an inspired selection of artists that range from comedians through to theatre acts and bands, as well as its extra curricular features like a cinema, workshops and Viking games, and the festival site itself, which is located in the beautiful grounds of the Larmer Tree Gardens, a summery haven that teems with peacocks, parrots, macaws and exotic plants. The festival is the idyllic way to see out the summer, and this year’s line-up is possibly End Of The Road’s strongest yet.

For headliners, how about Mercury Rev, who are returning to the UK after a long hiatus in the Catskill Mountains especially to play the festival, before heading off to events in New York and Mexico in support of their new LP. Conor Oberst brings his unique brand of inspired songwriting as Friday night’s headliner with his Mystic Valley Band, and Calexico head up the festival’s strong Americana contingent as Sunday’s showpiece band.

Other top acts to set the anticipatory juices flowing are Micah P Hinson, A Hawk And A Hacksaw, Low, Bon Iver, Two Gallants, Tindersticks, Richard Hawley, Kimya Dawson, The Wave Pictures, Brakes, The Mountain Goats, Jeffrey Lewis, Pete and the Pirates and Darren Hayman and Jack Hayter (playing a set of Hefner songs), while, lower down on the bill, the likes of Screaming Tea Party and Let’s Wrestle will be waiting to steal the limelight with their brand of anarchically poetic indie.

It’s a glorious line-up, and another feature of End Of The Road are the secret performances that are thrown up all around, including in the beautiful woods that run around the back of the main stage lawn area. Expect to see lots of the above bands playing small-scale sets there, while if at any time a rest is needed (or, god forbid, a shelter from the rain) there are the cinema and theatre tents that will be showing a wide range of cutting edge films and performances all weekend.

End Of The Road has a range of food from the organic to the vegetarian, and another feature will be the Summerset Cider Bus, which will be at hand with some outlandish beverages including the infamous hot and spicy cider. The fun at EoR runs deep into the night, with DJ sets to look out for from French duo Zombie Zombie, who’ll be wreaking havoc with a set of surreal psychedilica and organic kraut-disco, and Barcelona’s El Guincho, who promise to turn the Big Top Tent into a bouncing haven of frenzied tropicalia. It’s all the ingredients for a blinding weekend down south.

FIVE OF THE BEST

Headliners aside, check out this lot…

5. Pete and the Pirates
Joyfully superior indie-rock guaranteed to set you on fire.