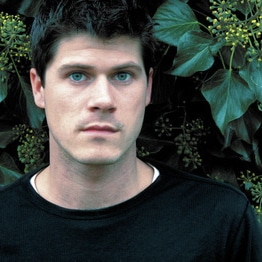 Nearly every year in recent times has seen one celebration or another going on at Fairport’s Cropredy Convention.

Last year it was the 30th anniversary since the death of Sandy Denny, 2007 was 40 years since Fairport Convention got together and the year before that saw a celebration of Liege And Lief going platinum. Clearly using any old excuse to get the Cava out, this year is the 30th anniversary of the first ever Cropredy Festival, and the Fairport massive have gone out of their way to put together a line-up for Cropredy 2009 that is an infinite improvement on last year’s slightly wet bill.
“Same time, same place, next year” has become guitarist and vocalist Simon Nicol’s annual valediction for the thousands at his feet after his band have performed Meet On The Ledge on the Saturday night; the time is 13-15 August, and the place is the tiny village of Cropredy near Banbury in Oxfordshire. Now selling itself as being a bit more than the straighforward folk festival it once was, every year there are acts distinctly outside the remit of the average fan of morris dancing. Last year they had Supergrass headlining, and this year on the first day The Buzzcocks are welcomed into the fold. They are on before the headlining performance of – and this is a real coup for Nicol and co – Steve Winwood. With a back catalogue to die for (Spencer Davis Group, Traffic, Blind Faith), this promises to be a highlight of the entire festival.

The second day is headlined by Seth Lakeman, which would be fair enough, were it not for the fact he is going on after Richard Thompson. Even the sometime Mercury nominee himself surely must be a little daunted by this, even if it is a pleasure to have Thompson and his own wizardry back at Cropredy. Elsewhere on the Friday we have Scott Matthews, who during the fuss made over him three years ago can’t have thought he’d be performing at a middle-sized, niche festival at 2:30pm in 2009.

The final day of Cropredy sees a performance from flag bearers for modern UK reggae, Dreadzone, who will pave the way for ’80s chart botherer Nik Kershaw, who is here in another curve ball thrown by organisers. Things get back to normal later though with Ralph McTell, before Fairport Convention themselves play their customary three-hour set, which will see them joined inevitably by Thompson, Lakeman, McTell and others. Set in quinessentially English countryside, immaculately organised and possibly the only UK festival to take place on more or less a cricket ground, few do it better than Fairport’s Cropredy Convention.