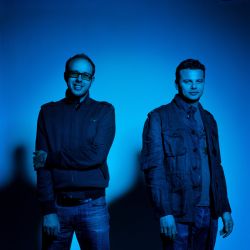 Gatecrasher’s Summer Soundsystem made a welcome return to the circuit last year after a five year absence.

This year sees the dance-skewed festival’s biggest and most ambitious plans yet, relocated from its northern home to an airfield in Northamptonshire for two days across the May Bank Holiday weekend, with over 200 bands and DJs set to play to 60,000 people. Global Gathering and Creamfields have some serious competition.
Then there’s the line-up, which is nothing short of stunning: The Chemical Brothers, The Prodigy, Paul van Dyk, Paul Oakenfold, Vitalic, CSS, Digitalism, Hot Chip, Dizzee Rascal, Soulwax, Pendulum, Justice, Simian Mobile Disco, Armand Van Helden and Tiga just to name a few.

20 Years of Acid House are celebrated with a dedicated stage on the second day featuring the likes of 808 State, Mark Moore and X-press 2. The Electric Stew stage on day one takes in live sets from Digitalism, Audio Bullys and Adam Freeland. The Drum & Bass Arena (also on day one) has a strong showing with Dilinja, Fabio, Bugz in the Attic and Roni Size all on the bill.

The Turbo Presents stage (day two) should have electroheads hanging about all night with Justice, Tiga, Chromeo, Erol Alkan, Boys Noize and Brodinski all in tow. The likes of Ed Banger, Hed Kandi and Guilty Pleasures all have a presence too, so there is plenty to explore should that three hour Paul van Dyk set start to drag.

Perhaps it is tempting fate to have the word summer in a festival name, especially since the past 18 months has seen some of the most bizarre weather in British living memory. Seasons start later, end later, some are shorter, some are longer and far more extreme than ever. Wading past the floods, storms, tornados and earthquakes, there is nothing that can quite knock the determined British festival goer’s compass off course, especially when a good festival beckons.

For the first time there is camping for 20,000 weekend ticket holders (including Boutique Camping for those who prefer a bit of festival comfort), a 24 hour market with gourmet food stalls and a shopping emporium. There is also the promise of a Ladies’ Beauty Parlour, HipHop & Rock Karaoke and a host of fairground rides.

Our tips for the weekend are below. Now just all you need to do is cross your fingers and pray for some sunshine.

– Get a massage from the Ibiza Angels
– Take a bow in the HipHop & Rock Karaoke
– Tell Justice a joke, try to make them smile
– Steal Dizzee Rascal‘s cap
– Lie on the grass in a star shape for at least five minutes whilst the sun is shining