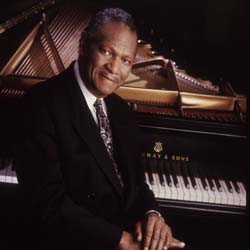 For those dissuaded from festivals because of their association with the great outdoors, fast food and temporary toilet facilities, the London Jazz Festival offers something rather different. Spread out over ten days, from the 11 to the 20 of November, in a number of venues across the capital ranging from the concert hall to the local pub, it is less of a festival and more of a concerted period of time devoted to celebrating the jazz art form. It arrives both in the form of major events from internationally acclaimed artists, and in raising the profile of London’s very own thriving jazz scene. Much of the festival takes place in venues that host dependably thrilling, remarkably affordable gigs throughout the year – The Oxford in Kentish Town, the North London Tavern in Kilburn and the Green Note in Camden – to name just a few.

It remains the big names that generate the most press interest and the largest audiences for the festival. Often it feels that these give the misleading impression that innovation in jazz is largely now a historical concern. As in previous years, many of the key concerts in the festival are from artists still performing at a high level, well past retirement age.

This year, the festival marks the return to London of Ornette Coleman, performing at the Royal Festival Hall for the first time since curating the Meltdown Festival in 2009. Coleman’s concerts then were joyous and invigorating reminders of the vital individual contribution he has made to the music. His performances are always full of risk, imagination and adventure.

Perhaps even more astounding is the presence at this year’s festival of the legendary drummer Roy Haynes. At the grand age of 86, Haynes still swings with strength and clarity, and will be leading his excellent Fountain of Youth band at the Queen Elizabeth Hall on 18 November. Haynes’ discography is utterly peerless and this is a unique opportunity to see a pioneering musician who not only performed with the likes of Lester Young and Charlie Parker, but who has also done much more than most to develop and refine the role of the drums within jazz. Other longstanding legends appearing at the festival include the great McCoy Tyner, with special guest star saxophonist Chris Potter – a combination that could either be inspired or a curious mismatch. South African pianist and composer Abdullah Ibrahim is performing solo at the Wigmore Hall and the fiery, impassioned Archie Shepp, performing in a double bill with Joachim Kuhn on 17 November.

More so than in recent years, the festival has veered off the beaten track a little with some of the headline acts. Steve Coleman, performing at the Queen Elizabeth Hall on the opening night, is a hugely influential figure in contemporary jazz, having founded the M-BASE school and made a major contribution to both rhythmic and harmonic approaches to the music. Whilst he is a revered name in the practice rooms of London’s conservatoires, such major concerts from him in the capital are relatively rare. Arguably the highlight of the festival overall is a visit from the wonderful Henry Threadgill, an idiosyncratic musician committed to following his own path. His current ensemble Zooid, with great subtlety and depth, produce an inventive, texturally and dynamically varied blend of composition and improvisation. In the USA, Threadgill is regarded as a crucial, perhaps even revolutionary figure.

Threadgill has always brought influences from outside the jazz tradition to his work as an improvising musician, and it’s pleasing to see the festival programmers keeping an open mind as to what might constitute jazz, especially as this debate still rages wildly amongst some musicians, critics and academics. The outstanding Australian improvising group The Necks will appear at the Bishopsgate Institute in the heart of the City of London. Guitarist Bill Frisell is a London Jazz Festival regular, but on this occasion appears with his 858 Quartet, an all-strings group which originally formed to explore freer, improvised responses to Gerhard Richter paintings. However, now, the group seems to be a great vehicle for Frisell’s wider interests in American folk traditions and his sparing, thoughtful and atmospheric playing is sure to be affecting, as always. The great Indian percussionist Zakir Hussein, perhaps best known for collaborating with John McLaughlin in Shakti, sadly clashes with Steve Coleman on the opening night, but will no doubt give an electrifying, inspiring performance.

As usual, the festival programme has a real international flavour, with acts from well beyond the USA and the UK. As well as aforementioned artists The Necks and Zakir Hussein, there is an outstanding double bill of Italian piano master Stefano Bollani, who injects humour as well as brilliant technique into his music, and Polish pianist Marcin Wasilewski’s calm, contemplative trio, who may well provide welcome respite from the intensity of the music on offer elsewhere.

Away from the major concert halls and toward the fringes, there are some small venue treats taking place under the Festival’s banner. Mercury nominated pianist Gwilym Simcock can be seen in a staggering range of contexts in a variety of venues. Saxophonist and composer Tim Whitehead will revisit his outstanding project responding to JMW Turner sketches and watercolours, with performances with his quartet at the Royal Academy of Arts and the Arts Depot.

Those visiting from outside London would also do well to check out some of these places and the music they offer, much of it resulting from the selfless, energetic work of some of London’s brightest young musicians. The Loop Collective showcase at The Vortex on 12th November should be a treat, including as it does the exciting, experimental sounds of Splice and Dice Factory – the latter hope to have their debut album ready in time for the gig. The same venue also has an opening night show from MOBO award winners Kairos 4tet. The Green Note in Camden is hosting some inspired double bills, with the careering improvisation of Twelves paired with the angular grooves of drummer Dave Hamblett‘s excellent quintet, and the restless hybrid music of Troyka, coupled with lyrical guitarist Kristian Borring‘s group.

Sunday evening gigs at the North London Tavern in Kilburn are now an essential part of the London jazz calendar, and in the festival they have managed to secure a performance from the acclaimed pianist and composer Hans Koller, in a double bill with young pianist Tom Taylor. There are numerous other great gigs at Charlie Wright’s in Shoreditch, The Forge in Camden, Kings Place in King’s Cross and the Spice of Life in London’s West End.

London Jazz Festival takes place from 11 to 20 November 2011 in London. Tickets and further information are available from www.londonjazzfestival.org.uk.