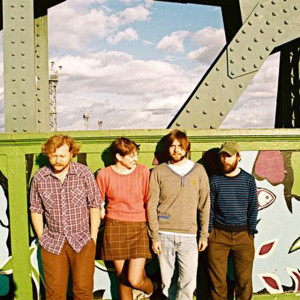 A glance over the summer festival guides can leave you feeling overwhelmed. Every outdoor event seems to be rushing to expand, getting bigger (hello Latitude), longer (hello Field Day) and further away (hark at ATP in Iceland!), so there’s something decidedly reassuring about Indietracks.

Set in the grounds of the Midland Railway centre in Derbyshire, it’s a festival run by indiepop fans for indiepop fans. It has the unusual honour of being able to boast a train shed, a working steam train and a teeny church as some of its venues; it’s staffed by volunteers from the heritage centre, and the bar’s run by the local CAMRA club.

Little’s changed since its first outing in 2007, with this year’s line-up boasting The Hidden Cameras, Gruff Rhys, Dean Wareham, Withered Hand, Joanna Gruesome and Sweet Baboo. And, as organiser Andy Hudson told us, their ethos is – ‘if it ain’t broke, don’t fix it’…

How did Indietracks first come about?
It was the idea of Stuart Mackay, who worked restoring old trains at the Midland Railway, which is the steam railway charity where our festival’s based. The railway site has a lovely grass open space by one of its stations, as well as a tin tabernacle church and a large locomotive shed, and Stuart thought that it would make a pretty unique setting for a music festival. He’d never promoted a festival or even a gig before, but the railway managers encouraged him and the first festival took place in 2007. It’s grown a lot since then and has been running successfully every year since. 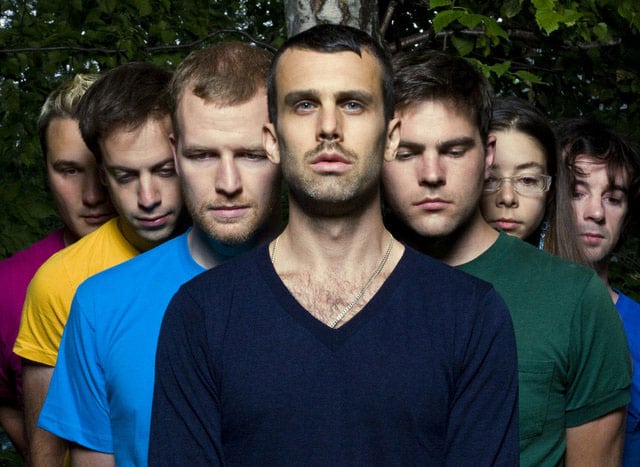 Do you still get nervous when tickets go on sale?
We definitely get excited when we announce the first bands and put tickets on sale. We like to try and throw in a few surprises, alongside bands that we know our regular audience will enjoy, and we always cross our fingers and hope that they’ll like our choices. This year we’ve had a really positive reaction to Gruff Rhys, The Chills, Sweet Baboo and Dean Wareham who have never played before, as well as Indietracks favourites like Allo Darlin’, The Hidden Cameras, The Spook School and Withered Hand.


How do the volunteers at the railway centre feel about the festival?
They seem to love it as much as we do! They avidly collect the button badges that we make every year and get very excited about selecting the real ales! They always come up with a new surprise each year, whether it’s inviting an owl sanctuary along, creating a beach or selling glow sticks on the gates! Lots of them also brush up on the bands before the festival and seem to like the music. We attract a fun, friendly and well-behaved crowd, so the railway staff are happy for their beautiful railway to be overrun with indie kids for a weekend!

What have been your highlights of running the festival?
Ah, there’s too many – we’ve had eight years of highlights now! I think La Casa Azul playing in 2009 was a highlight for lots of people – it was the first year we’d had a large outdoor stage, and when La Casa Azul headlined on the Saturday night, no-one quite expected the visuals or the uplifting musical experience that followed! I’ve also really enjoyed seeing Edwyn Collins, Teenage Fanclub, Stars of Aviation and The Wave Pictures, but everyone will have different favourite memories. People are still talking about Helen Love and her glitter cannons last year!

Who are you most looking forward to this year?
Everyone! I think the combination of Allo Darlin’, The Chills, Spearmint and TeenCanteen on the Friday night will make an amazing start to the festival. And after that, I’m looking forward to every single other band over the weekend (of course!), including Gruff Rhys, Dean Wareham and The Popguns on the Saturday night and a triumphant end to the festival with The Hidden Cameras, Withered Hand and Night Flowers on the Sunday. I would list the whole line-up here if I thought I could get away with it!

Who would be your dream signing?
We’ve already made enquiries about a few very exciting bands for next year if the festival goes ahead then, but it’s not a good idea to raise expectations publicly. We spent years asking Helen Love, Bis and The Pastels to play and finally managed to make it happen last year, so that’s a few of our dreams come true, but it’s best to keep other dreams under wraps until we know we can make them happen. (Having said that, I’d love The Sundays to come along and play if they’re around next year.)

Have you ever had any approaches from big name sponsors? Would you be open to anything like that?
I’m not sure we’re that attractive to a big name sponsor, and I’m not sure if it would feel right for the festival. I’m not sure anyone would suit a DIY indiepop festival. Separately, the Midland Railway charity might welcome a generous donation from a friendly benefactor though! They might even name a viaduct or a signal box after you (although I’m in no place to promise either!).

Have you got any future plans or ambitions for the festival?
I’d just like us to keep running it for as long as people enjoy coming along. Hopefully there’s always going to be lots of new DIY pop bands around the corner and there’s plenty of established bands we’d love to invite too. We need to make sure our line-ups stay exciting and varied, but that doesn’t mean we have to grow or change in other ways. We’re a nice size and we love the festival as it is. 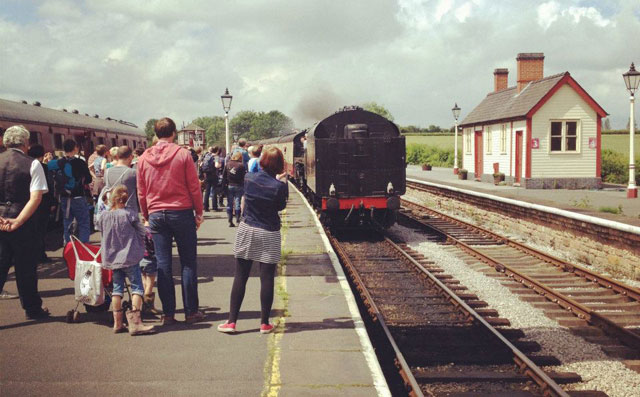