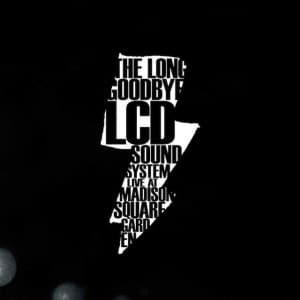 Record Store Day has grown exponentially year-by-year. Annually, vinyl-philes and general independence enthusiasts flock to their local Recorde Shoppe to pick up a nice limited edition of a record by one of their favourite bands. This year has seen an enormous amount (600+) of products announced. Here Ross Horton looks at some of the releases he’d most like you to try on for size:

Fans of Alexander Tucker, Thrill Jockey Records, UK music or just life in general will no doubt be excited to learn of plans to re-issue the Grumbling Fur singer’s first solo album. It was originally released back in 2005 on a tiny run of CD-Rs. As you can probably imagine, you cannot get a hold of one of those CD-Rs – not even Alexander Tucker would be able to lay his hands on one, one would imagine, such is their scarcity and desirability.

Tucker made several incredible releases over the past few years, not least 2012’s mind-blowing Third Mouth LP, and 2013’s Grumbling Fur album Glynnaestra). This, his embryonic masterwork, was composed after a steady diet of Krautrock, folk, Skip Spence and Jandek. Highly recommended.

This is an intriguing little slab: Looking For Another Place is the second release in a planned trilogy of Record Store Day releases from Bardo Pond. Their first was the mighty Rise Above It All – where they twinned their interpretation of Funkadelics epic Maggot Brain with an equally impressive take on Pharaoh Sanders’s The Creator Has A Master Plan.

The two tracks they’re taking on this time are The Velvet Underground rarity Ride Into The Sun (find the definitive version on Disc 3 of the Quine Tapes, if you’re a crazy collector like some of us – alternatively find a three-minute version on Another View) and Brian Eno’s more recognisable cut Here Come the Warm Jets. Both are sure to be worth their weight in gold.

Fresh off their umpteenth show with psych legend Roky Erickson, The Black Angels are back with more trippy grooves and authentic righteousness. Take a listen to the taster track Diamond Eyes, and you’ll find Velvets organ and Jefferson Airplane vocals wrapped around a twanging 13th Floor Elevators guitar. It’s tight as hell.

It’s sure to be one of the more popular releases this RSD, the past few years have seen The Angels spread their slightly sinister, totally hypnotic flower-power love seeds all over the globe. At seven tracks, it’s kind of a mini-album, and a totally worthwhile slab to add to your collection. Grab one while you can!

Well, this record means a hell of a lot to a hell of a lot of people. Grant Hart and Bob Mould’s penultimate record together before the monstrous, bloated Warehouse capped off the Hüsker’s career in bombastic fashion, Candy Apple Grey was released in ’86 and paved the way for the entire ‘alternative rock’ movement to happen in the next decade. Along with R.E.M. and Mission of Burma, Hüsker Dü can legitimately be considered the originals, the pioneers, the ground-breakers of alternative rock music.

Candy Apple Grey is the second album in a row where Hart’s songwriting outshined Mould’s – just check out Don’t Want to Know If You Are Lonely and Sorry Somehow to catch my drift. This is another release that’s likely to already have you excited, but it had to be included in the run-down of most interesting releases.

Bit of a curve-ball, but Katy B is undeniable. Her new record Little Red was nothing short of perfect pop music, which makes this titanic remix collection practically essential listening if you couldn’t get enough of the record the first time around. Katy’s rise has been a slow and steady one, but the fact that her latest record will no doubt hold up to an entire DOUBLE ALBUM of remixes assures any doubters that they are wrong.

We at musicOMH can’t get enough of Katy B, and although you’re looking at about £25 quid for this, it’s more than a worthwhile addition to your collection. Do make sure you let us know how the remix of Aaliyah sounds won’t you?

“Hey man, you haven’t heard of LCD Soundsystem?”
“No.”
“What? They made the best records of our generation.”
“Seriously?”
“No joke dude. No joke.”

If it were from any other band, a 5 LP live album would be preposterous. But it’s LCD Soundsystem.

The Lemonheads – If Only You Were Dead (Live) 2 LP (Fire)

If you first encountered punk as a child, a teen or an adult, if you looked beneath the surface of alternative rock, you’d find The Lemonheads. Not the Lemonheads of It’s a Shame About Ray and the magazine covers and whatnot, but the Lemonheads that were grungey, punky, rocky and primarily catchy.

This two-disc live record is undoubtedly one of the most intriguing selections on offer this RSD, and it ties in nicely with Fire Records’ wonderful reissue campaign (if you missed the “When the Lemonheads were PUNK!” series last year, get ordering.) They were a cult band in the ’80s and are a cult band now, but Evan Dando needs to buy his drugs somehow, might as well be through pleasing the fans with releases like this, not making them wait three hours for him to turn up to a gig (if he arrives at all).

Another year, another Sacred Bones sampler record. To date, they’ve all been absolutely incredible little mix-tapes that showcase why Caleb Braaten and co have the best taste in the whole wide skinny-jeaned world. Expect tracks by Amen Dunes, Zola Jesus and many a discerning fan’s favourite cyber-punk crazies Pop. 1280.

Other tracks by the wonderful Marissa Nadler, the irrepressible Pharmakon and God (David Lynch) make this one of the most exciting compilations available on RSD. It’s certainly the only one where you’ll find blistering psychedelia and crushing industrial on one release.

Get out there and support your local record shop, folks. God only knows what the world would be like without them (probably something like Alabama). Happy listening!

Record Store Day takes place on 19 April 2014 at a record shop near you. More on the venues, releases and activities can be found here.