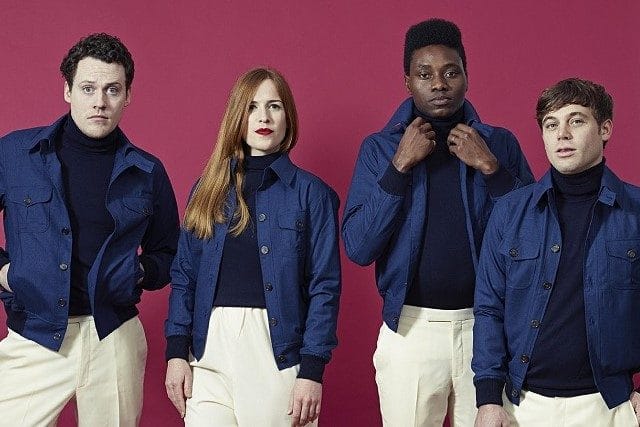 This week sees another one of London’s key gig calendar events, namely Somerset House’s Summer Series, get underway. They always feel enjoyably unique events – outdoor shows where you can enjoy the security of cobbled pavement stones underfoot rather than (potentially) muddy fields. Metronomy kick things off on Thursday 5th July, followed by Flight Facilities on Friday 6. Don Letts presents a collection of live sets and DJ appearances (by the likes of Wiley and Norman Jay) on Saturday 7 and David Rodigan & The Outlook Orchestra appear on Sunday 8.

Saturday sees Robert Smith follow up his recent curation of the Southbank Centre’s Meltdown festival with an appearance at Hyde Park leading The Cure. There’s an impressive supporting line up also – Interpol, Ride, Slowdive, Goldfrapp, The Twilight Sad and more. On the same night the Barbican hosts a show by Oneohtrix Point Never who will be playing from latest album Age Of.

Wednesday sees Darren Hayman begin his performances of Hefner’s Breaking God’s Heart album in full at St Pancras Old Church (he plays a second show on Thursday also). Can it really be 20 years old? They’ll give longstanding fans a rare chance to hear the likes of Love Will Destroy Us In The End and The Sweetness Lies Within played live in one of London’s most intimate venues. Over at the Purcell Room on Wednesday meanwhile you’ll find Ana Silvera playing from her song cycle Oracles.

Other notable shows include Teeth Of The Sea returning to the live circuit after some time away with a show at Corsica Studios on Thursday and American progressive jazz types The Bad Plus playing a show at Under The Bridge in Chelsea on Friday.