The Breeders, The Goon Sax, Frankie Cosmos… This Week In Gigs 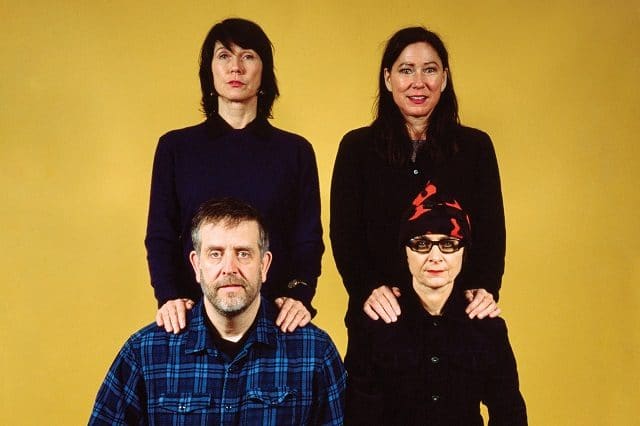 It’s a week the end of which is dominated by festivals. Field Day takes place at Brockwell Park on Friday and Saturday with The Mighty Hoopla taking over the space on Sunday, All Points East continues at Victoria Park and Camden Rocks takes place on Saturday. Read more in our London festival preview here.

There’s also the Songlines Encounters festival at Kings Place which sees performances by artists from around the world – standouts include Syrian qanun player Maya Youssef on Saturday and a day of Indian music featuring Soumik Datta, Jyotsna Srikanth and others on Sunday. Friday has a distinctly Finnish feel to it with shows by Frigg and Tuuletar. Find out more here.

There’s still plenty going on in terms of good old gigs however. The Breeders returned earlier this year with excellent new album All Nerve. We were impressed, declaring how they’re “sounding just as vital now” as they were back in the 1990s. They’ll be playing from it (and old classics also no doubt) a show at the Roundhouse on Wednesday.

There’s a lot of other gigs taking place this week by bands with members who were probably not even born when Last Splash and the likes came out. Australian outfit The Goon Sax released their debut back in 2016 but we’re looking forward to hearing their second album which is due for release in September. They play the Sebright Arms on Tuesday.

Another artist we’ve been enjoying recently is Frankie Cosmos (American musician Greta Kline). Her latest album Vessel is full of charming indie-folk and she’ll be playing from it at the Scala on Thursday.

Another Australian outfit, Confidence Man, have gained a fair bit of attention since releasing debut album Confident Music For Confident People and they’ll be at Village Underground on Wednesday. Over at Oslo in Hackney on Tuesday meanwhile will be Tracyanne & Danny (Tracyanne Campbell of Camera Obscura and Danny Coughlan aka Crybaby) who will be promoting their eponymous debut album.

We’ve enjoyed the albums released by Bonobo (aka British producer Simon Green) over the years and this week he’s playing two shows at Alexandra Palace on Wednesday and Thursday. Friday meanwhile sees Daniel Blumberg promote his fine new album Minus with a show at Cafe Oto – read what we thought of it here. There’s also a rare live show on Friday by Marconi Union – they’ll be playing St Pancras Old Church – expect their immersive electronic soundscapes to sound even better in that intimate venue.

At the other end of the spectrum, on the same night sees Echo & The Bunnymen play the Royal Albert Hall in support of forthcoming album The Stars, The Oceans & The Moon which sees them reinterpret some of their high points from their back catalogue.

The Barbican are having an excellent year with their contemporary music series and they’ve just added more shows for later in the year. Tim Hecker will be playing a special show on 6 October focusing on music from his new album due to be released later in the year. Klara Lis-Coverdale will be supporting. Irish singer-songwriter Lisa Hannigan will be appearing with classical ensemble s t a r g a z e on 4 October for a show that will reinterpret songs from her last three albums.

Icelandic chamber-pop collective Amiina return to London on 18 November to play a show at LSO St Luke’s where they’ll be performing music from their 2016 album Fantômas to a live screening of silent film Juve Contre Fantômas. And finally, Lauryn Hill will be marking the 20 anniversary of the release of The Miseducation Of Lauryn Hill with a show at the O2 Arena on 1 December.