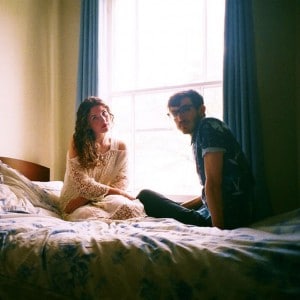 Sheffield’s Tramlines Festival, now in its fifth year, has steadily grown so much since its inception that it now qualifies as the country’s largest inner city festival. The inaugural festival saw 35,000 attend, and by 2011, 175,000 people were descending upon the Steel City for a sunny weekend of free music.

Yes, for free. In previous years, Tramlines’ unique selling point has been that the entire weekend was free of charge.

Sadly, this year the age of austerity and its associated crippling funding cuts have forced the organisers to introduce an entrance fee for Tramlines for the first time. In retrospect, it’s amazing that Tramlines stayed free for as long as it did: and frankly, last year’s attendance figures were threatening to make the whole thing unmanageable. It’s not that there’s ever a nasty atmosphere at Tramlines, or even a threat of violence, but packing thousands of people into a relatively small city centre like Sheffield’s was also going to carry risks.

So if it makes the city slightly easier to negotiate, perhaps a small fee is one that should be welcomed – especially if the alternative is no festival whatsoever. Besides, a weekend charge of £15 or a daily rate of £6 is, in anyone’s eyes, a bit of a bargain given the quality on display this year.

As ever, the entire city is being taken over by Tramlines, and over 70 venues are involved again this year – from tiny back rooms in city centre pubs to huge spaces like Endcliffe Park and Western Park. Devonshire Green is again home to the main stage, which this year is headlined on the Saturday by Lianne La Havas. Although she’s about the most famous names amongst the headliners, there are plenty of hidden gems to be found if you scour the listings.

For example, on Friday night if you wander to the City Hall, you’ll find Without Feathers (consisting of ex-Standard Fare singer Emma Kupa, Nat Johnson and Rory McVicar) who’ll be playing new material from their much-anticipated forthcoming debut album (Johnson’s also performing a solo show at the city’s Cathedral on the Saturday evening). They’ll be sandwiched between Alessi’s Ark and sometime Nouvelle Vague vocalist Melanie Pain, while Bella Union’s Lanterns On The Lake showcase their upcoming second album as headliners. Other highlights on the opening night include Swiss Lips at the Lescar, electro-wizard Luke Abbott at The Harley and an exclusive screening of Shane Meadows’ documentary about The Stone Roses reunion, Made Of Stone, over at the Academy (with an after-party featuring a DJ set from none other than Mancunian legends 808 State). And, if you’re really running high on energy, there’s an all-nighter curated by Toddla T, co-starring Detroit DJ legends Theo Parrish and Maurice Fulton.

Saturday is when Tramlines really kicks off, and as well as the aforementioned Ms La Havas, the Devonshire Green main stage will be paying host to the likes of Eliza & The Bear, Friends and Dutch Uncles. The rather unimaginatively named Stage 2 is home to Manchester’s excellent Pins, Sky Larkin and The Invisible, while the recently returned New Young Pony Club will headline the stage on Saturday. Other highlights for those who wish to travel a bit further afield include I Like Trains at the City Hall, a special performance by 65 Days Of Static at the Millennium Galleries, and a wonderful line-up at The Harley which includes Public Service Broadcasting and the quirky but delightful Misty’s Big Adventure.

The final day of a festival is usually when things start to wind down, but Tramlines seems to have saved up some crowd favourites for the Sunday. The main stage alone plays hosts to two sets of local heroes in The Crookes and Slow Club, who are joined by Theme Park, Veronica Falls and The Jim Jones Revue, before the veteran ska outfit The Selector winds things up. Over at Stage 2, there are more Sheffield favourites in Rolo Tomassi and Wet Nuns, while the excellent Tall Ships and Dog Is Dead also feature. Over at the Queens Road Social Club, Steven Black aka Sweet Baboo plays tracks from his rather brilliant Ships album, and Summer Camp (pictured) will preview tracks from their eagerly awaited self-titled second album.

Tramlines takes place from Friday 19 July to Sunday 21 July 2013 at venues across Sheffield. Tickets can be purchased from 2013.tramlines.org.uk and cost either £6 for an individual day or £15 for the full weekend.