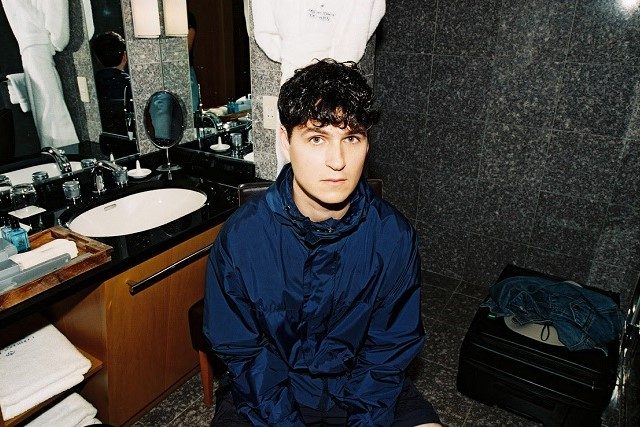 It feels like London has been in need of a shot of sunshine and warmth for a while now and the return of Vampire Weekend to the capital this week should at least bring that from a musical perspective. The new material they’ve released so far bodes very promisingly for the release of their third album later in the year (also – we can’t have been the only ones to have had Harmony Hall as a default earworm over the last few weeks?). They play low-key shows EartH on Wednesday followed by two dates at Islington Assembly Hall on Thursday and Friday.

The week begins with two quite different but equally appealing gigs taking place in east London. The vibrant, left of centre electro of Belgian-Caribbean artist Charlotte Adigéry’s Zandoli EP has generated quite a buzz and she’ll be at the Sebright Arms on Monday. Not too far away in Dalston you can catch Canadian sound artist Sarah Davachi play the second of two nights at Café OTO. Her music is minimalist and ambient but in a very individualist, rewarding way. We were lucky to be at her first show last night and can confirm it was pretty special.

The Cinematic Orchestra recently released their fourth studio album To Believe last week and we liked it, declaring it “a worthy return that develops their sound while keeping the trademark fusion between electronic and orchestral”. They play three nights at the Roundhouse from Wednesday to Friday. Read our review of last year’s show at Somerset House here.

Another album we’ve enjoyed recently is Compliments Please by Self-Esteem (aka ex-Slow Club member Rebecca Taylor). We called it “an album full of pop bangers that manages to be ambitious, fun, infectiously danceable and, at times, bruisingly self-lacerating”. She’ll be at Village Underground on Wednesday.

There’s always lots going on at Rough Trade East but this week seems particularly busy. Lucy Rose plays from new album No Words Left on Thursday, These New Puritans preview new album Inside The Rose on Friday and much acclaimed Nilüfer Yanya plays a free lunchtime show on Saturday in support of forthcoming release Miss Universe.