Two collections pay homage to a singular talent which stands alone in the grand pantheon of British icons: our greatest soul star, and our most relatable broken heart, finds Ross Horton 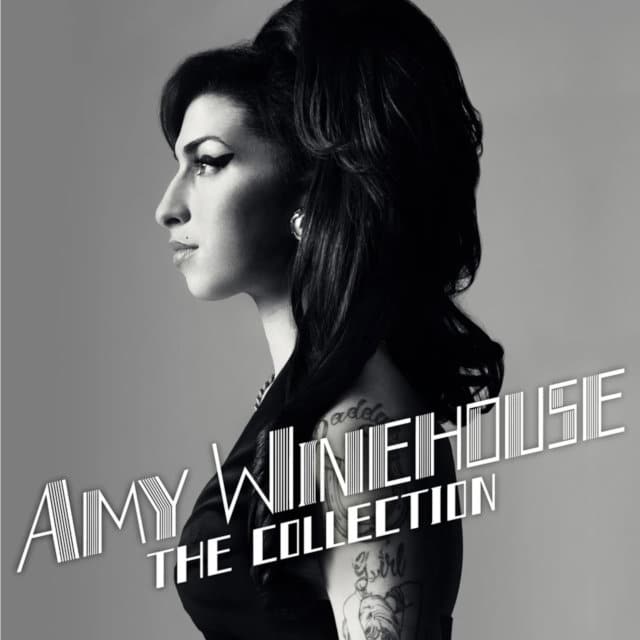 It’s been just over nine years since Amy Winehouse passed away. Nine years, and with each passing year her legacy, her work and her artistry grow in influence and worth. When I first heard the full Back To Black album sometime in 2008 (I was a little late, and had somehow managed to miss the singles on the radio), I knew it was special – but what I didn’t realise was that it would end up becoming Amy’s defining masterpiece, and would eventually come to be recognised as one of the greatest albums of all time. Hell, if it had been released in 1965, it would probably be known as the greatest album of all time. That’s some legacy.

It’s fitting, then, that Amy’s contribution to music history has been given the super-deluxe, megabucks treatment – after all, it’s been long enough. The first of these releases, 12×7, is at once both eye-wateringly expensive (retailing for around £100) and essentially pointless, but it would appear as though there’s enough demand to warrant the release such a frivolous package in the middle of a global pandemic. At least you know the music is fantastic: featured tracks include Stronger Than Me, Rehab and Love Is A Losing Game, all of which won the Ivor Novello Award for songwriting.

12×7 contains (obviously) a collection of 12 7” singles, drawn from Amy’s entire career, packaged in a large box, with some art cards and a few photos. It’s surely a lovely object, but as reviewers haven’t been furnished with them, one can only hope whoever is in control of Amy’s estate has done her justice. While the fact that all of the music in the box has been released before may not be enough of an enticement to shell out for the physical copies, importantly it isn’t the only release in this series.

The second of the collections, fittingly called The Collection, is a 5CD package that’s much better value and much more of an exciting proposition. It packages up Frank, Back To Black and Lioness: Hidden Treasures, and bundles them with a remix compilation and a thrilling live album, all for around £20. What a bargain.

Frank, Amy’s debut album, was originally released back in October 2003, and it’s sometimes forgotten about, or at the very least overshadowed, because of the success of its older sister. However, it was the first step on Amy’s journey, and won her the first of those Novellos in 2004 for Stronger Than Me. It’s essentially an hour of soft, sultry and sexy soul music inspired by (and infused with) tropical beats and luscious ’60s arrangements. If (like me) it’s been a long time since you remembered to listen to it, I’d urge you to do so immediately.

Back To Black was released three years later in October 2006, and has since gone on to sell over 16 million copies worldwide. You obviously already know, but the thrill of hearing Amy and Mark Ronson create magic with Rehab, You Know I’m No Good, Back To Black, Tears Dry On Their Own and Love Is A Losing Game is a pleasure no matter how many times you do it. Me & Mr Jones, Just Friends, Wake Up Alone, Some Unholy War, He Can Only Hold Her and Addicted round out the original album – unless you have one of the thousands of variant editions out there (most enticing was a German limited edition with a bunch of live tracks tacked on the end).

Lioness: Hidden Treasures is the posthumous compilation, released in December 2011, and it contains many of Amy’s greatest vocal performances, from Body And Soul (with Tony Bennett), to Like Smoke (with Nas) – and especially her transcendent versions of Girl From Ipanema and Will You Still Love Me Tomorrow? Also included is Live In London, a concert recorded at the Shepherd’s Bush Empire in 2007 (which is excellent) and a collection of remixes from Frank and Back To Black, such as a Hot Chip remix of Rehab, and a Kardinal Beats remix of Love Is A Losing Game, which is a decent listen.

It’s hard to fault either of these collections (other than the price of the vinyl set, did I mention that?), so I won’t. Perhaps I’ll end up seeing one somewhere and regret ever thinking that there’s no way it could be worth that money. What I can tell you with some certainty is that if you’re still buying physical media, and you like to buy CDs, then The Collection is absolutely essential.

Amy Winehouse’s talents – both as a songwriter and a singer – stand alone in the grand pantheon of British icons. She is our greatest soul star, our most sincere artist, and our most relatable broken heart. There will never be another like her.