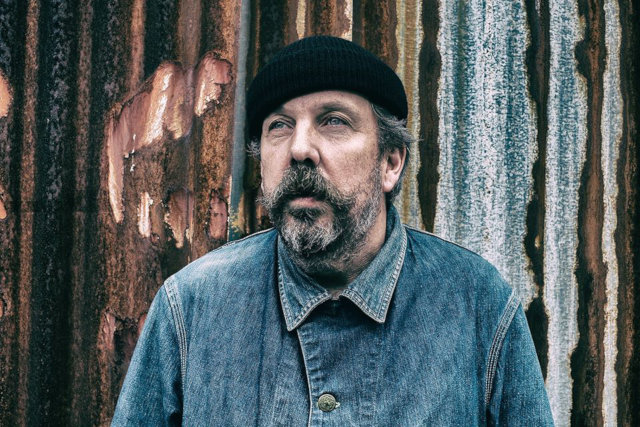 The outpouring of shock, love and reverence at the passing of Andrew Weatherall speaks volumes. The conclusion reached by musicians and listeners alike was unanimous: electronic music has lost not only one of its pioneering spirits but one of its true and lasting characters. Weatherall as a man has left traces of personal and artistic magic on the people he has worked with. For his fans and listeners, many of whom grew up in the 1990s with his mind bending productions, we can testify to his part in some era-defining music.

A mere snapshot of the tributes to Weatherall reveals a man whose influence was far reaching. José Padilla, who originated the Café del Mar CD series, testified of him as “one of the greatest humans I ever meet during my life, unique and special and ahead of his time… his legacy will always be with us”. Nathaniel Cramp, who runs the Sonic Cathedral label and night, noted how “he was one of those all too rare people who valued what truly matters, hence his refusal to climb the greasy pole and embrace the showbiz life he could have had”.

Weatherall made explicit reference to this in interviews. Talking to The Independent about his solo album Convenanza in 2016, he said, “It’s a lot of work, once you go up that slippery showbiz pole, and it would keep me away from what I like which is making things. I mean, I had a little look in the early ’90s. I stood at the bottom of that pole and looked up and thought to myself ‘The view’s pretty good. But it’s very greasy and there are a lot of bottoms up there that I might have to brush my lips against. So, maybe I’ll give it a miss’.”

The tabloid-sized obituaries following his death inevitably limit Weatherall’s principal contribution to being the producer of Primal Scream’s Screamadelica, yet fans and electro lovers know that masterful achievement is just the tip of the iceberg. Yet it deserves coverage, for the joyous Come Together would not work as well as it does without Weatherall’s euphoric clothing. Nor would the ubiquitous Loaded blend dub and brass in such an effective way, the use of loops and samples ushering in a whole new era without which Acid House would not have existed.

Around the time of Screamadelica! Weatherall was hitting a rich vein of form as a remixer. His interpretations of Saint Etienne’s Only Love Can Break Your Heart, The Grid’s Floatation and My Bloody Valentine’s Soon were all completed in 1990, and showed how he could manipulate the sonic boundaries of pop music, twisting them along dark alleys before suddenly popping out into dazzling sunshine. St Etienne themselves recognised only this week how his mix ‘still sounds super modern’.

Before even then, Weatherall was using his talents as a journalist to collaborate as part of the fanzine Boys Own, started in 1987 and soon to become a record label. The Boys Own crew included Terry Farley, Cymon Eckel, Pete Heller and Steven Hall, and along with Weatherall they attended and hosted acid house parties with Paul Oakenfold, forming the label in 1990.

As the decade progressed, Weatherall made the transition from behind the music to in front of it. The mid-1990s saw him find a natural home at Warp Records, where he proceeded to stretch headphones and bassbins as the leading third of the Sabres Of Paradise. With Jagz Kooner and Gary Burns he created a widescreen take on electronic music that had charm and macabre magic in equal abundance, a kind of English Horror Story. While Smokebelch II spoke of woozy mornings after and blissful Balearic moments, Wilmot was simply bonkers, a widescreen comic horror show in dub.

Two Lone Swordsmen, his project with Keith Tenniswood, was even more durable. Here he travelled darker roads, and albums such as The Fifth Mission (Return To The Flightpath Estate), Stay Down and Tiny Reminders offered funky but darkly lit electronica. In their tribute, Warp described Weatherall as “a true cultural icon and vital contributor to the label. His absence will be immensely felt”.

In more recent years Weatherall reminded us of his credentials as a solo artist. We had already received notice of this through the EP The Bullet Catcher’s Apprentice (with the brilliantly titled You Can’t Do Disco Without A Strat) but more substantial fayre came to the surface on 2016’s Convenanza, swiftly followed a year later by Qualia. 2020 saw him planning to release an EP a month. Running alongside these were lesser-known aliases and collaborations, such as The Woodleigh Research Facility, his duo with Nina Walsh that recently yielded two fine albums. The creative fires were clearly still burning brightly.

Perhaps even greater a contribution can be found in Weatherall’s exploits as a DJ. Nathanial Cramp detailed in an emotive piece that he never expected payment when DJing at Sonic Cathedral nights. “Each and every time he provided a musical education”, he recalls, “but he never, ever asked for money. I only ever paid him in brandy (no ice) and Coke (with ice)…”

Weatherall’s Music’s Not For Everyone show secured a devoted following on NTS radio, his friendly and gently humourous introductions inviting listeners to “don your ceremonial robes and headgear, and let evocation commence.” The influence of John Peel could be felt in Weatherall’s role as a storyteller, his musical explorations taking the listener on journeys far and wide.

No self-respecting Indie disco or electronica night would be complete without an example of Weatherall’s production work. His remixes for Happy Mondays, James, The Orb and Bomb The Bass are the stuff of legend, but the standards remained high all the way through to the widescreen sound applied to Noel Gallagher’s High Flying Birds’ It’s A Beautiful World and the cathedral-like reverb of Unloved’s Devils Angels in 2019. He produced Fuck Buttons‘ astonishing album Tarot Sport, the lead track of which, Surf Solar, showed up in the BBC’s 2012 Olympics opening ceremony credits. Not content with working on the album, he sound engineered the album’s launch gig at London’s Heaven, one of the finest sounding nights those there can recall.

His Masterpiece, Fabric and Live at the Social compilations give notice of his sheer breadth of musical knowledge, with never a dull moment between them as the music moves from dub to electro disco, applying beats big and small. Never too clinical in his productions, Weatherall always left a bit of dirt under the fingertips, and always reeked of well-used vinyl rather than shiny CDs. That’s not to say he was a dinosaur, for he embraced new technology and the opportunities it offered.

Weatherall’s passing is far too soon for sure. Yet we are deeply grateful for his legacy on so many fronts, his productions meaning electronic music can be approached from so many different angles. The warmth of the tributes show what an original mind he had, and thankfully his massive legacy means we will continue to enjoy and value his massive contribution to electronic music.