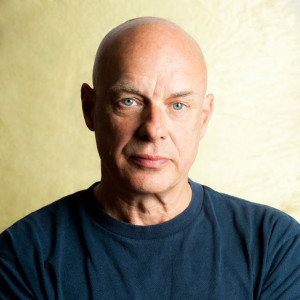 As a highly regarded artist and one of the most influential men in music right now, Brian Eno is ripe for the retrospective treatment. One day, labels permitting, there will surely be a giant box set of all his achievements in a solo capacity, but for now the drip feed of previously unavailable music from the ambient master turns its attention to the 1990s.

As a solo musician this initially appears to have been a relatively lean period for Eno, until you realise that as a producer he was working closely with U2 (the small matter of the Achtung Baby and Zooropa albums), James (Laid, Wah Wah and Millionaires), David Bowie (Outside), the one-off project Passengers and even the great Baba Maal – his Nomad Soul album of 1998.

Woven around these are four album releases for All Saints, who have taken on the reissue task. In doing so they have dressed each album in handsome clothing, reflecting Eno’s love of high art, and included interviews that cover the music itself in some cases or go off at pleasing tangents elsewhere, revealing more of the artist’s philosophies, his personality and beliefs, all of which come together in the music. Each album is complemented by substantial bonus material, some of it substantial (the 61-minute drone New Space Music is longer than the Neroli album itself) and some of it more fragmented. 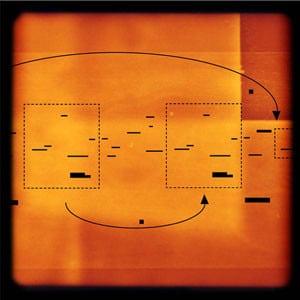 It is worth pointing out at this stage that while Eno is almost always thought of as an ambient artist, he is fluent in more energetic musical language too. That much is immediately evident in the loose funk that begins Nerve Net, also in the Afro Caribbean rhythms that are incorporated into The Drop. These pulsate with restless energy and can on occasion be far from a soothing musical presence.

There is also, believe it or not, a strange kind of tension that creeps into listening to a piece such as Neroli, which Eno released in 1993 with a perfume in mind, declaring in the program notes, “I want to feel the music is too big to fit on a little old CD, that there is more to it than that, that it has a separate life from my hi-fi – a life I can imagine and add to my aural experience of the music.”

The music may be too big, but it is essentially a soft loop of pointed mid-range melody, like soft traces of meteor against the night sky, but if it is elevated to the foreground a strange kind of tension is introduced. Does it ever change? How long is there to go? Was that a different note or wasn’t it? Is that an underlying rhythm I can hear, or something else passing by in the distance? The solution is most definitely background listening, when the hypnotic and calming effects of Eno’s loop can be more thoroughly appreciated, like a gradual hit of musical codeine. The bonus drone piece New Space Music, an hour-long bathe in warm synthesized sound, is an even more immediate and lasting comfort, faring better in the spotlight not just because of its sonic glow, but because it uses the same restful harmonies and tonality with which Music For Airports begins. 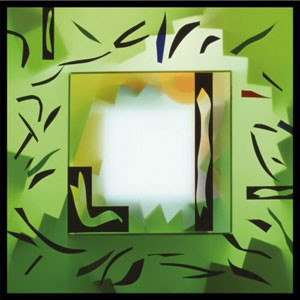 In these pieces Eno finds a modern, electronic update of Gregorian chant, the same phrase reiterated again and again with only the smallest difference or imperfection in the repeats. There is a curious tension but typically it is resolved by the ‘un-tense’ means of a fade-out, in contrast to the sudden full stops of Philip Glass or Steve Reich.

The Shutov Assembly, released a year earlier, is essentially a release of offcuts that Eno prepared as a present for the Russian artist Sergei Shutov, as compensation for the difficulty he faced getting hold of music in Russia. It is a collection of brooding postcards with evocative names, and the shimmering heat of Lanzarote is far from the ice cold streets of Moscow. Alhondiga Variation feels like the white light at the centre of the album’s cover, with its twisted high synth line, while Ikebukuro has an odd sort of propeller sound that disrupts the peace a little, indicative of a little discomfort around the edges. Some of the bonus pieces for this really do sound like doodling in sound, but retain an edginess that makes them extremely listenable, with clicks, whirs, unresolved phrases and a sense of urban disquiet.

In Nerve Net, from 1992, and The Drop, released five years later, we move away from the largely ambient to a nervy and slightly uncomfortable approach to rhythm-based tracks. In the former album, described by Eno as ‘like paella’, Ali Click presents a very ‘90s hip hop beat that Eno appears more assured with, and in the generous selection of bonus tracks Fall Up presents a loose-limbed jazz funk that turns out to be a lot better than it sounds. This is Eno at his most experimental, a composer at play in the studio, but the beats are never obviously danceable – and because of this there is once again the shadow of disquiet, hovering at the edge of the street. Nerve Net has occasional vocals, too, and a formidable list of collaborators that include Robert Fripp and brother Roger Eno. 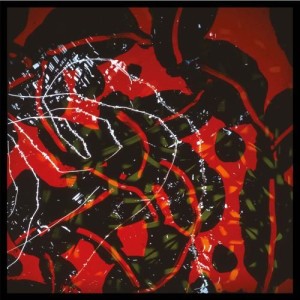 The bonus material for Nerve Net is another album – the in demand and unreleased My Squelchy Life, a set of a dozen songs from 1991 that was pulled by Eno when uncomfortably close to its release. It is if anything more frivolous in its approach than its sister album, finding Eno with his most sunny pop songs. Before then there is a close shave with Genesis in The Harness, while Tutti Forgetti is Eno in a hurry, a ball of nervous energy on the cusp of madness. “I forgot everything”, says the unhinged vocal. There are some beautiful pop gems, though – with Stiff a brightly voiced pop song, and Some Words demonstrating a perhaps unexpected kinship with Soft Cell, its gorgeous coda also not far removed from New Order’s Your Silent Face. Despite this bright sunshine there is once again a dark side, found this time in the ominous bass of Juju Space Jazz, which suggests Jah Wobble may have been lying in wait.

The Drop reminds us of Eno’s connection with rhythms not of his own country – and again shows the playfulness hinted at by Eno when he said, “Three years in the making, this Ben-Hur of new music consolidates my position as the Cecil B. DeMille of the modern LP, the Cecil Rhodes of ambience, and the Cecil Taylor of the synthesizer”. Yet it also illustrates Eno’s observation, also in the booklet note, that “I find myself liking sourness more and more and not enjoying pop as much because it’s not sour enough…That’s what I find myself looking for.” To that end, Dutch Blur is a kind of slow calypso, while Hazard is unexpectedly bleak. Blacok Drop is a study in early techno, but Luxor Night Car is the kind of urban nocturne Eno does so well. Finally another treat lies in store with the closing bonus track Targa, which drapes itself over the ears for 19 minutes in a warm wash of reassuring sound, morphing gradually into a series of calming bleeps and water noises.

It is interesting comparing the Eno of 20 years ago with this year’s model. The desire to explore remains, and the instruments of the 1990s have not dated a great deal, save for some of the rhythm tracks that are very much of their time. One thing is for certain, though – Brian Eno retains the ability to teleport his listener to another world in the opening seconds of a record, and to keep them there for its duration. For that alone he is worth his weight in gold.

Brian Eno’s albums Nerve Net, The Shutov Assembly, Neroli (Thinking Music Part IV) and The Drop are all released in deluxe edition format through All Saints. More about the releases can be found on Eno’s site here.