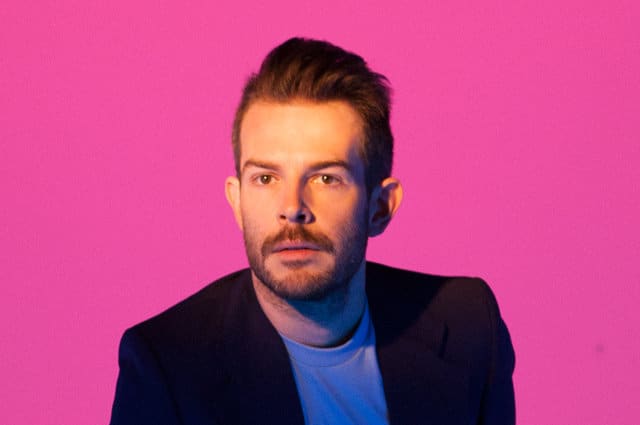 Now dividing his time between London and NYC, Thomas has toured in support of Elton and just last weekend was exposed to Take That‘s audience at the British Summer Time festival in Hyde Park – the second time he’s played there.

Ahead of the albums’ release, Thomas gathered his notes together to tell us about the songs that make up his latest work…

All In The Name

Musically, this song is inspired by my love of Broadway, old Hollywood and musicals like Little Shop Of Horrors with all the harmonies. All the guest vocalists on the record sing on this track, so along that idea the song is like a cast role-call for the people involved. Lyrically it’s a comment on modern day behavior – both about working relentlessly to make something of yourself, and about how people are obsessed with people following, liking and idolosing them (social media / celebrity) from the point of view of someone who is trying to make something of himself, and does have to use social media. It’s tongue-in-cheek rather than scathing: something many people fall into.

This is a based on Kim Cattrall’s dance sequence in Mannequin. I love that film, and I always thought that section was so fun and cool, and I wanted to write a song that made me feel as happy as I do watching that. I hear lots of people complain about how hard it is to meet someone, or ask how come they’re still single when everyone else is coupled off… blah blah blah… so this is a song about the puzzles of getting two people and two sets of emotions to work in tandem.

How Does It Feel?

I usually end up writing something about distance because of moving around so much. The last few years especially. There are a few relationships I have where the closeness never really changes, so this is about those people. People who stay with you, and you with them, wherever you end up.

Running Back To You

People who know me know I do like my melodrama, and my ’80s/’90s films full of hyper-emotion. Ian Masterson send me the backing track to write vocals over, and it was the most fun I’ve had writing a song in a very long time. The music is so heartstring-oriented, so huge, and the verses so moody, it was a really fun track to work on. I listened to it when I was out running, so I took the lyric hook from that, and tried to make the most emotionally over the top but euphoric song that I could, and the result is a song about not being able to break free from someone because they know exactly what behaviour it takes to keep you under the thumb.

I always loved the scene in Alien Resurrection where Sigourney Weaver is writhing around in a sea of aliens. I loved the intensity and the danger, and I loved how brooding the scene was. So I decided to write song that felt like that. It’s much darker than my usual tracks, and also dives into the world of another favourite film Vamp, embracing a decadent and less innocent exchange with someone. It was nice to work on a dirtier and more sensual track, and then get Jake Shears to add his amazing voice so it becomes a play off between two people who weave in and out of each other. 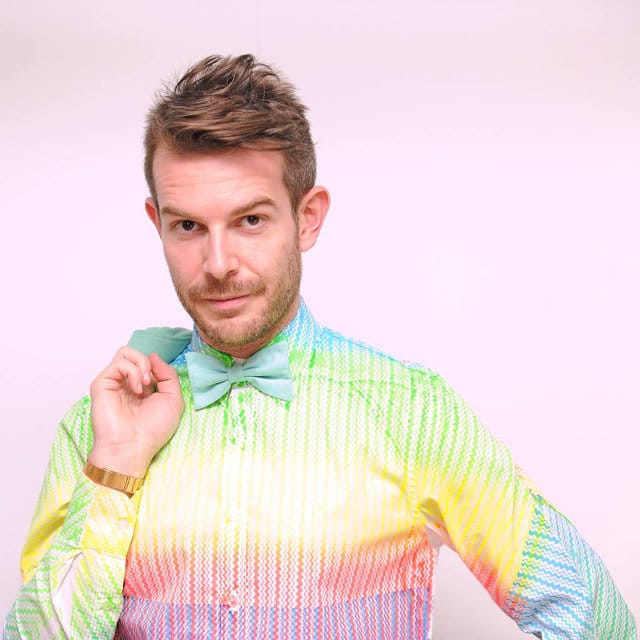 Ian sent me this instrumental the same time he sent me what became Running Back To You. I wrote the song in my head in my local grocery store in Brooklyn – it made me want to dance SO MUCH, and felt like summertime, by a pool, feeling on top of the world. So I ran home and sang the idea I had before I forgot it. Because I had such a strong reaction to the music, I made the lyrics about having such an instant and amazing reaction to someone that you want to give in to them and let them take you wherever they want to go.

I wrote this with Babydaddy one sunny afternoon in New York. I love his writing and his production is really beautiful, I think. While he was playing around with the beat and some chords I wrote down the lyrics and really quickly we had a song that pushes my voice way higher than I normally do for a chorus, and I really like that. It was a very different vibe from what I’d been writing, and the sparseness of his production is a lovely contrast to the big synths and guitars. Alan Cumming is one of my favourite actors/stage singers/people and as we’d become friends, and I was thinking about the stage and performance while making this album, I asked him to sing on this song. I love his vocal performance, I think it adds a lot of vulnerability to the track.

After getting my piano retuned I was playing around with a few chords and being a bit over the top to test the sound, and when playing these loud held-out chords, I started writing a melody and then started writing this track. It was really fun writing tracks that were actually much slower for this record, but still had a lot of energy. I love being very dramatic on this song.

I do like to be very intertextual and make little nods to favourite artists or films in my lyrics. The reference here is less subtle, evidently, but I always thought Careless Whisper was an amazing song title, and when I thought about the inversion of that image, I really wanted to write a song based on it. I had the title months before I finally wrote a song I liked enough. A little song about realizing that a relationship is never going to move beyond friendship, accepting that, and putting all those thoughts and things you want to say to bed. But without feeling defeated.

Written after a pretty sad break-up with lots of time spent on the road. The theme is not particularly new for me – what happens at the end of a relationship – so I focused on using a different type of sound than I normally gravitate to. Mykal Kilgore sang on Feel It on my debut record, and I thought it would be really fun to get him to sing on a more somber R&B influenced moment this time rather than a dance track. I wanted a really vulnerable male to male track and I think his voice really does that. Del Marquis also does BVs and really completes the song.

Where Is The Heartache?

The first song I ever wrote with Ian Masterson back in 2010…!! It was meant for someone else initially, but when it didn’t end up being used, we decided to re-work it for me. It was actually the first track I knew I had for this album, and worked as a good blueprint sonically and thematically for the record. I wanted an emotionally charged record that would make people smile when they heard it, and would be really fun to play live. I decided this would be the closing song, as I like finishing the record with a song about having ended up in a place where there’s nothing wrong, nothing to worry about, and what a surprising feeling that is. I had the most fun I’ve ever had making this record and its videos, so for me this is the perfect track to end the journey of its production before taking it on the road.