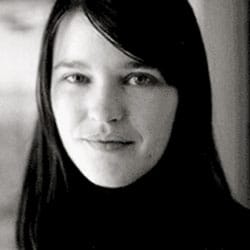 Disbelief, shock and immense sadness greeted the news that broke last Friday morning, 14th January 2011. Trish Keenan, lead singer and primary creative force in the band Broadcast, had died from complications with pneumonia, contracted while on tour in Australia.

Only hours before, word had surfaced that she was gravely ill, prompting worried ‘get well soon’ tweets and messages from the hidden army of Broadcast fans who haunted the internet. To many of them it must feel that they have lost a personal friend, such was the atmosphere of unforced intimacy that the music of Broadcast generated. Trish was the voice inside your head, the hand on your shoulder, a warming presence in the bleakness of the British climate, outlining the beauty of the world for the attentive listener.

Formed in Birmingham in the mid-’90s, Broadcast distilled a number of disparate influences into a sound that was at once charming and sinister. Ostensibly ‘retro-futurist’ like their comrades Stereolab (a support tour with whom in 1996 went a long way to establishing them as a live entity), there was something perturbing, preternatural and precocious in their design that made them sound like a band that had existed for years. The songs on their debut release, The Book Lovers EP, seemed to hiss and pop like aged vinyl, even when heard on CD. The moods swung from Hammer-horror melodrama on the harpsichord-heavy title track to ethereal strangeness on the outer space-themed According to No Plan, while The World Backwards sounded like music from an Andy Warhol loft party just when the mood has turned ugly. The instrumentation was a startlingly confident melange of psych-rock, film soundtrack and beat-girl pop, anchored by Trish’s hushed yet urgent vocals. She never emoted in her singing, the music behind her was fraught and alien enough. Rather she used her voice almost as another instrument, an integral part of the overall design. Her lyrics provided alternately unsettling and touching portraits of a peculiarly English strain of anxiety and wonder, one indivisible from the other.

The following years saw Broadcast blossom and bloom into the foremost purveyor of something that was both familiar in a curiously haunting way, and unprecedented in its use of sonic textures. Not for them the 60s revival scene where Sandy Denny, Dusty Springfield and Cilla Black were the Holy Trinity. With their woozy, warped sound-world and dispassionate, quizzical approach they had more in common with My Bloody Valentine or Boards of Canada, than, say, Belle & Sebastian (who drew on many of the same influences). It somehow makes sense that their fuzzy-felt, pastoral strangeness would end up on Warp Records, home of the rhythmic and twisted. They nestled snugly between the arch, baroque prankishness of the Aphex Twin and the compellingly dour mathematics of Autechre, and within their first two albums reside some of the most gorgeous music ever produced.

2000’s The Noise Made By People gave us Come On Let’s Go, a heart-meltingly sweet exhortation to the listener to take charge of their lives, framed by trilling, crystalline pop tones. 2003’s Ha Ha Sound had Before We Begin, a lush 1960s Eurovision hit being hijacked by ghosts. Always, buried in the mix of even their poppiest, most upbeat moments was a huge, barely-hidden sadness, the sense of good times being viewed through misty glass. This melancholy side was balanced out by their noisier, more raucous numbers like Pendulum or Hammer Without A Master, a harshness which became more apparent on their third album, Tender Buttons.

Teaming up with Julian House, label boss of Ghost Box, record sleeve designer and all-round polymath who records as The Focus Group, Trish and James released what was to be their final album in the autumn of 2009. Entitled Broadcast And The Focus Group Explore Witch Cults Of The Radio Age, it’s another extraordinary left turn into musique concrete, collage and cut-up. Like an album-length Revolution 9, it’s a stunningly effective soundtrack to the dark afternoons of a British winter. Trish’s vocals are kept to a minimum (she actually sings on fewer than half the tracks), while samples of organ and choir swell and recede, the crackling of distant fires blending with the chattering of angry birds and the whispered backwards voices of the dead.

It is a dismal shame that she should have died now, at this particular juncture in her career. The last handful of recordings (including a gleefully deranged final 7″ on Ghost Box), as well as the stoically intense, semi-improvised sonic ghost train that their live set had transformed into, point to a real reinvigoration in Broadcast’s sound and outlook, a real desire to continue the exploration, take chances, take us places we’ve never been.

In the days since her death, Trish Keenan’s desire to inspire others and kindle in them some of her passion for the forgotten byways and ley lines of recorded sound has borne yet more fruit. On Friday evening a close friend of hers shared a compilation CD she had burned for him with a grateful internet audience. Trish’s Mindbending Motorway Mix is the closest thing we may get to a Broadcast All Back To Mine-style collection: 17 slices of unidentified strangeness and beauty, from glacial Moog patterns to Japanese whimsy, via Euro-psych, hard-edged Brit agit-pop and Arabic folk song. As well as this, Resonance FM have made available a fascinating two-hour guest-slot she and James Cargill did on Johnny Trunk’s show three years ago, in which her soft Brummie tones and infectious giggle guide us through her favourite soundtrack and experimental work, including material from her favourite Czech cult movie Valerie and Her Week Of Wonders, which was a constant presence hovering over her work.

In the nursery-rhyme-like I See So I See So from the Witch Cults album, Trish sang with heartrending optimism about Magic January. It still can be, if you choose to delve into the treasure trove of sounds, ideas and atmosphere she and Broadcast have left to us.