One For Keeps: Bruce Springsteen – Born To Run

by Tim Lee
published: 26 Jul 2012 in One For Keeps, Spotlights
Tweet 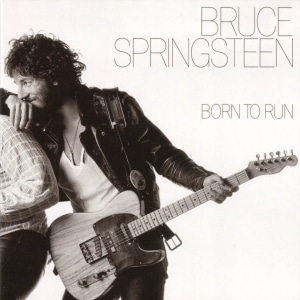 One For Keeps is a features series in which musicOMH writers wax lyrical on albums they’d just not be able to cope without. Tim Lee’s pick is Born To Run, an album by flagrant curfew flaunter Bruce Springsteen…

I’ve never slammed a screen door. I don’t actually know any girls called Mary. My car is not Hemi powered. And yet Born To Run is my album. It’s an album that talks to you, in a personal, friend-to-friend way about really BIG stuff. Stuff like wishing for something more than you’ve got, being hit with the shattering truth that your dreams aren’t going to come true and a few points in between.

Which is a more universal sentiment then burnt out Chevys, state troopers or Exxon signs, none of which are particularly relevant to anyone living in London’s Zone 2. However, it wasn’t always like this. Mine was a late conversion to the church of Springsteen. But when it came, it was an epiphany. To the extent that this here collection of words could have easily been about any number of Springsteen albums.

It could have been Nebraska, the sparse, morbid, predictably ‘unpredictable’ choice that his label thought would kneecap his career. Or the heartbreakingly sad Tunnel Of Love, a blunt autobiographical soundtrack to a crumbling relationship, with the best inlay photo in history (Bruce in an unbelievably fetching pair of denim overalls). Or it could be Darkness On The Edge Of Town, whose title track remains perhaps his single greatest song.

In the end though, Born To Run remains untouchable. Springsteen’s purest artefact. Yet prior to its release in 1975, Springsteen was in a bind. Heralded as the “future of rock’n’roll”, “the new Dylan”, “America’s street poet”, he was yet to do anything as prosaic as sell some records. He hated the sloganeering. His record label hated the fact he hadn’t sold many records. Things weren’t easy.

Ironically, for someone trying to escape being labelled as his successor, his reaction to the proclamations had an echo of Dylan’s attempts to escape his crowning as the new prince of folk. Perhaps the manifestations were a bit more visceral, but they came from a similar desire to not get bogged down by others’ unachievable declarations, boxed into a role he had no desire in fulfilling.

So rather than his debut UK performance consisting of him unplugging all the instruments, wheeling out a series of Pete Seeger approved folkies and telling the E Street Band to play “really fucking quiet” (although, give it 30 years), he resorted to tearing down all posters in the venue displaying that infernal quote.

At least by then some of the commercial pressure had been relieved. Because Columbia now had in their possession – after fourteen months of Springsteen “chasing the sounds in his head” (oh, how the execs must have worried when they heard that phrase) – Born To Run.

An album of epic scale. An album that strains everything in its unflinching desire to be brilliant, for you to see it as brilliant. Sonically it was a big step away the first two records. Springsteen’s had become obsessed with creating a Spector-like wall-of-sound and capturing that orchestrated weight was at least part of the reason why it took so long to finish.

But capture it they did. There’s a grandeur and an epic scale to Born To Run. Perhaps it was at the expense of some of the vivid absurdity the lyrics in his previous work, but what was lost was amply replaced by a new found cinematic heft and a thematic shift from the parochial to the global.

It begins with a lone harmonica and piano shyly dancing around. Then Bruce steps up, a hint of desperation a weight of expectation in his voice as he begins to sketch his cast. Then the rest of the E Street players arrive, and the song builds. And builds. The momentum increases. By the time Springsteen announces “it’s a town full of losers, I’m pulling out of here to win”, the doubt has gone, replaced with a steely-eyed determination.

It’s the archetypal song for those who dream that there’s more to life than this two-bit dump has to offer. But the thing is, while Springsteen’s dreamers are inherently, well, dreamers, they’re also pragmatic. Realistic.

On Thunder Road, there’s the realisation that not all girls are prom queens (“You ain’t a beauty, but hey you’re alright”) and the realisation that maybe we aren’t going to be all that we hoped we might (“Well now, I ain’t no hero, that’s understood”). The self-flagellation continues in Backstreets, again acknowledging the ideal just feels out of reach (“Trying to learn to walk like the heroes we thought we had to be / And after all this time, to find we’re just like all the rest”).

Born To Run is an album of peaks and troughs. It was the first time Springsteen used the ‘four corners’ approach of having each side (of the LP) bookended by songs of opposing emotion. Something which doesn’t really physically translate to CDs, but still means that the record wrenches you from upbeat to bawling into the gutter in a flash.

From the clenched-fist, can-do optimism of Thunder Road through the wreckage of a friendship (Backstreets), into the hopeful escapism of Born To Run, before landing at a final, grim acceptance of your lot. Even if it ain’t worth much (Jungleland). With teeth gritted to an orthodontist worrying level, Springsteen vitriolically spitting “and the poets down here don’t write nothing at all”, with the sax and the piano spinning away to nothing, tornadoing down the plughole of existence, it ends. Jungeland ends. Born To Run ends. In the trough.

Its characters seem exhausted. The band seem exhausted. Springsteen seems exhausted. Which they probably were. In hindsight the all-out, death-or-glory breathlessness of Born To Run is probably fuelled from a set of musicians who were concerned that this was last chance territory. For Springsteen, striving for immortality, that would have been unthinkable.

As it is, the last chance was grasped. Born To Run was a success. The record label had their saviour. Springsteen was set on the road to greatness, and we were left with an album for all occasions. For roadtrips and heartbreaks. For escapees and those settling down. For tramps like us.