Spotlight: Can – The Lost Tapes 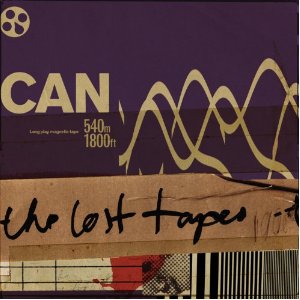 We live in a world where far too many bands burble on about their love of Krautrock. The number of Oasis albums and Kasabian songs were told are inspired by the motorik sound is unpleasantly large. But truthfully, there are few bands out there as head-twistingly enjoyable as Can. The German band is fast becoming like the Velvet Underground once was; an influence it seems de rigeur for cool bands to drop.

Can’s The Lost Tapes is a gorgeous treasure trove of lessons for bands that REALLY want to be influenced by the group. Three CDs stuffed full of rehearsal tapes, live recordings, jams and soundtracks, the lost tapes are utterly absorbing. A formidable musical force, Can would often simply flip the switch in the studio and edit down the best elements from the lengthy improvisations they created, ranging widely all over the map.

The ultimate fact is that Can were a killer group Irmin Schmidt on keyboards, Jaki Liebezeit on drums, Michael Karoli on guitars and Holger Czukay on bass could produce incredible atmospheric collisions of sound one minute and then descend into the hellish depths of rythmic freakout insanity the next.

Their vocalists were equally incredible first Malcolm Mooney then Damo Suzuki (cue Mark E Smith voice screaming: I AM. DAMO. SUZUKI!) bringing the ability to switch from eery calmness to asylum inmate and back again. Its Mooney who is most venerated by The Lost Tapes with seven unheard tracks with him on vocals. The 10-minute Waiting For The Streetcar chews the bubblegum until the flavour is gone then manages to find some hidden taste beneath the top notes, one idea stretched out until it becomes transcendent.

Of course, The Lost Tapes are not all gold. At times youll find yourself confused and perhaps frustrated by what sounds like the flushing of a toilet and tracks like Blind Mirror Surf are headache inducing. But its worth sticking it out to listen to the three CDs in their entirety, entering the shadow world that ran parallel to the Cans official output, the rich seams of sound from whence the gold of albums such as Monster Movie, Tago Mago and Ege Bamyasi.

In the materials released by Mute to go along with The Lost Tapes, Irmin Schmidt says: Can were four strong alpha men. Any of us could have been the leader. But instead, this nucleus was four leaders, together quite a hard business. We were lucky that when new personalities that could integrate joined, god knows why or how, it still worked perfectly!

Thats what is so wonderful about The Lost Tapes. Theyre this palimpset of sound and confusion, the scratched sketches and discarded oil paintings that came before the masterpieces. Songs on these CDs contain as much genius as anything on the studio albums but come with even more chaos baked in. Listening to this collection, its easy to see why PiL, Radiohead, The Fall, New Order and Portishead found their minds drifting in the direction of Cologne.

At its root, this collection is a testament to the groove. Jaki Liebezeit says: The idea to keep the rhythm was forbidden in times of free jazz. There was no groove. But in Can, the rhythms were always defined. I had a lot of critics in the beginning because they said I am repeating all the time, it is monotonous and I have no ideas. If you change your standpoint all the time, no one will understand you. So I keep a standpoint and go on. I must obey the rhythm.

The Lost Tapes come from a period when Can would be in the studio every day from midday to midnight. They were constantly creating. Holger Czukay reveals in the Mute materials that they didnt even have a multi-track machine until 1974: All was going on two tracks, we didnt even have a mixer! We had two pre-amps with five inputs. It is astonishing, really astonishing, that you were recording without even thinking of mixing.

With the tape always running, it is unsurprising that The Lost Tapes taps into a huge volume of songs. It was the bands manager, Hildegard, who finally dug the confused mass of music out of the vault and got the project on track. The Lost Tapes were found again in 2008 and cleaned up by Sonopress, the audio restorers. The 50 hours of tunes recovered were put in the hands of Irmin and Jono Podmore who shepherded the Can remasters into existence in 2004.

That attention to detail means the 30 tracks on The Lost Tapes dont sound like offcuts, dirty scraps from the studio floor, but rather precision parts that got lost under the watchmakers workstation. A quote from Irmin Schmidt makes it clear why that was so: There is something that all four Can members have in common. We are very unsentimental, and not very gifted for nostalgic emotions. And that makes it easier to judge something in cold blood, to decide if its good or not. And if its tapes from so long ago, you judge it, really, like it is by somebody else.

Those different people, those other Can arrangements from history, stand tall in 2012. The Lost Tapes is much more than an archival digging exercise. It is a great addition to an already towering discography.