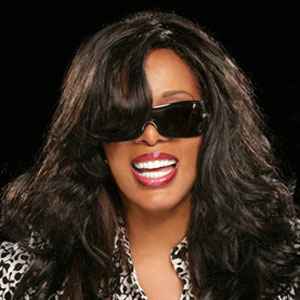 A singer in musical theatre at the end of the ’60s, she spent time in Europe with various touring acts and as a session singer. It was in this latter role that she would meet the musical collaborator with whom she would become most associated – Italian-American producer Giorgio Moroder.

Along with Pete Bellotte, Moroder would produce Summer’s debut album Lady Of The Night, which was released in 1974. Its sound gave little hint of the collaboration’s future new disco direction, which would begin to be explored on the following year’s release, Love To Love You Baby. One side of this album was given over to a 17-minute long version of the title track, which would begin to define the disco sound Summer’s period of collaboration with Moroder would become known for.

Her next album, A Love Trilogy, followed a similar format of one extended length song – this time Try Me, I Know We Can Make It – taking up the first half. Appearing just eight months after its predecessor, it was followed in short order by Four Seasons Of Love, this record featuring two eight-minute tracks on the first side.

Then, in 1977, came the big one. I Remember Yesterday, a concept album, closed with a song representing the future, one that would above all others define Summer – I Feel Love. Once again penned and produced with Moroder and Bellotte, I Feel Love topped the UK Singles Chart, became a bona fide gay anthem, would be covered by Bronski Beat and would appear in countless lists of the greatest songs of all time from thereon.

Two double albums – Once Upon A Time, another concept effort, and Live And More – continued her prodigious recording rate. The latter featured the song Last Dance, which won Summer her first Grammy and an Oscar for its writer Paul Jabara.

After addictive episodes with prescription medication and a parting of ways with her ’70s label Casablanca, Summer’s star waned in the early 1980s as disco faced a backlash, having become mainstream and safe. Summer – and Moroder – began to leave the disco sound behind, and by 1980’s The Wanderer the partnership was experimenting with soul, R&B, new wave and rock. The Wanderer, and the new direction, failed to yield any UK Top 40 hits.

The follow-up, I’m A Rainbow, was shelved for 15 years. Summer’s partnership with Moroder and Bellotte was at an end – in no small part because new label Geffen, with whom she was the first artist to sign, brought her together with Quincy Jones – a celebrity producer already for his work with Michael Jackson – for her self-titled album, released in 1982, in a deliberate attempt to recapture her iconic late-’70s success. Largely, the attempt was to fail.

A resurgence of sorts was fired up in the late 1980s when Geffen put Summer together with a British songwriting team for an album of material. That team was hit factory Stock Aitken Waterman, whose success already included Bananarama, Rick Astley and, most famously, Kylie Minogue. The album, Another Time And Place, was released at the peak of the trio’s domination of the UK singles chart and yielded the hit single This Time I Know It’s For Real, which in the UK reached Number 3; Summer’s highest placed single since 1977.

Donna Summer – This Time I Know It’s For Real

A second album with the British trio was planned, but disagreements led to the cancellation of the project. Assorted anthologies, compilations, a Christmas album and a live album characterised Summer’s ’90s and early ’00s declining position as an artist whose best times were behind her. But a deal with Sony brought about 2008’s Crayons, her first album of original material in 17 years. Mainly of a pop and R&B hue, it showcased Summer’s voice amongst the beats, with the self-referential The Queen Is Back the stand-out highlight. Crayons would prove to be her final album.

Donna Summer – The Queen Is Back

Donna Summer’s legacy will surely remain intertwined with Giorgio Moroder and that intensely productive late ’70s period, when they could be said to have not just invented disco but brought it to the mainstream, influencing the future direction of music, the development of synthpop and heralding artists from Madonna to The Human League. I Feel Love is already 35 years old. When it reaches 100, it will still be regarded as a stone cold classic, and the key with which to open the door to the rest of Summer’s extensive catalogue. Even if the rest of her work didn’t quite achieve the same prominence, many an artist would surely envy Summer’s iconic place in modern pop culture’s history – and in many a dance floor memory.