Spotlight: Felt – A Decade In Music 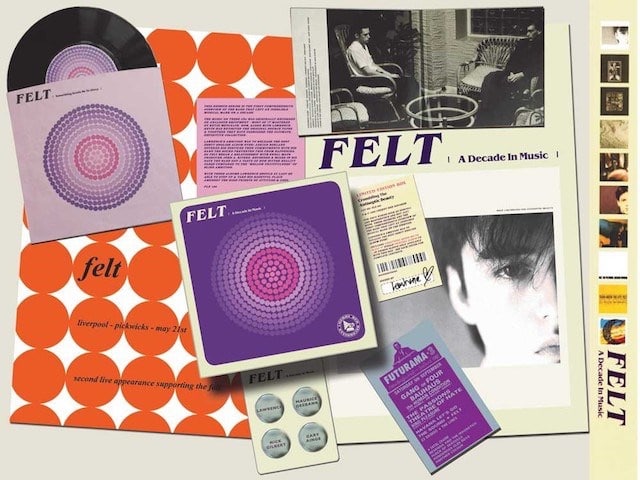 Felt – A Decade In Music

“How we felt/Did you feel low?/Not at all…” – Television – Venus

The first Felt album didn’t sell many copies, but everyone who bought one of those copies started a band. Of course, this well-worn quote isn’t really about Felt’s debut at all, but The Velvet Underground and Nico, which might not have found its way into many collections at first, but seems likely to be gracing more shelves than Felt’s.

But it seems apt, because Felt are just one of those bands. And not only in the sense that a young Lawrence Hayward surely put Lou Reed et al on a similar personal pedestal to Tom Verlaine – whose stress on the word “felt” in Television’s near-perfect Venus gave the band its name – or Vic Godard. (“I fell totally into that thing Vic Godard said: ‘We oppose all Rock N Roll’, avoid all these cliches” Lawrence – Mojo, May 2012.) Or that the earlier Felt records carry more than a trace of the Velvets. But in a similarly rarified, arcane sense: cited so frequently as an influence by any number of fey jangle-poppers as to risk cliché, but possessing a dark fascination.

Unlike …and Nico, though, now in at least its seventh peelable, multi-disc reiteration, Felt’s albums have, for the rightly curious, often been difficult to source, with 1993’s Felt Box and 2003’s individual CD issues now scarce. And, when you did, they were called impenetrable, self-regarding things like Forever Breathes The Lonely Word or Let The Snakes Crinkle Their Heads To Death. What’s more, the strange, beautiful worlds within those titles might not have tallied up with expectations: brittle and needling one moment, the anticipated crystalline glow submerged in a cavernous murk the next.

This is set to change now, with the first half of a complete reissue programme via Cherry Red. The first five remasters – comprising the four albums originally on that label and the first released through Creation – will be out as you read this, with the rest to follow. Physical copies haven’t yet appeared, but we’re told the vinyl versions will be the kind of deluxe gatefold affairs we’ve come to expect, while CDs will be boxed with various repro ephemera (Gig flyers! Badges! A poster!) and, in lieu of bonus tracks (“No-one ever wants that, it’s always bilge”, as Lawrence told Mojo), a 7” single from around the same time. 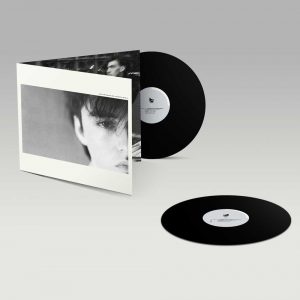 Remastered but still brittle, as if recorded over the top of something else, 1982’s Crumbling The Antiseptic Beauty opens with an instrumental, the first of many in the band’s catalogue. Evergreen Dazed is the sound of Lawrence and classically-trained guitarist Maurice Deebank – a fellow resident of Water Orton, on the outskirts of Birmingham – idly, idyllically duetting, Deebank picking out Durutti Column-esque flourishes and filigrees. Next, Fortune and Birdman add Gary Ainge’s distant, almost ominous drums – cymbal-free, at Lawrence’s insistence – and hesitant, half-buried vocals, like mumbled invocations to the Marquee Moon. Produced by John A Rivers (Swell Maps, Eyeless In Gaza), it’s a short, slight set – with six tracks in around 30 minutes – as lacking in choruses as it is audible basslines, but fascinating nonetheless.

Deebank left shortly afterwards, recording a patchily pretty instrumental solo album (Inner Thought Zone), but rejoined for The Splendour Of Fear (1984), also produced by Rivers. By then, original bassist Nick Gilbert had left, replaced by Mick Lloyd, whose metallic, insistent – and, frankly, discernible – bass parts add darkness and heft. Sounds’ Robin Gibson was impressed at the time by the band’s “immense, pacific power” here. Around the same length as its predecessor, all but two of the six tracks are instrumental. 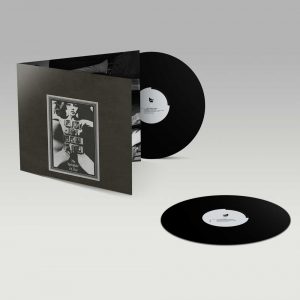 But what lyrics there are have a profound, simple beauty, contrasting typically Lawrence-ian levity and unfailing ambition – “…my visions, they’re absurd/and all my great plans get blurred/by the softest touch, the gentlest word” (The World Is As Soft As Lace) with the darker tone on the grandiose The Stagnant Pool (“They say I’ll never win/You’ll always get beat”).

The Optimist And The Poet is the title of one instrumental, and Lawrence seems to embody both here. Just as abstract, it’s by some distance a better album than their debut, but there was even better to come, in the shape of The Strange Idols Pattern And Other Short Stories, later in 1984.

Up until this point, the band had contrasted their strange, unknowable LPs with more direct – poppy, even – singles (My Face Is On Fire, Penelope Tree), but here they “decided to throw it all together”, as Lawrence told Record Collector in 1993. Belying its prolix title, The Strange Idols… – produced this time by John Leckie (Magazine, XTC, The Fall, The Stone Roses and so on) – positively gleams with precise, concise, pop gems. 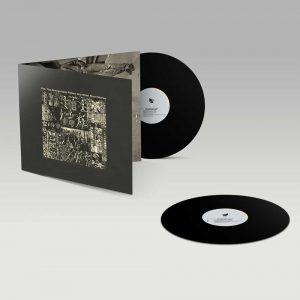 In particular, Whirlpool Vision Of Shame (a re-recording of My Face…), Roman Litter and Spanish House trace a jangling line from The Byrds to peerless peers The Go-Betweens, with Deebank’s playing on Roman Litter a stunning assortment of bright arpeggios and acrobatic harmonics.

There are still instrumentals (Sempiternal Darkness – part Vini Reilly, part early music – Imprint, and Crucifix Heaven, missing from prior reissues but now restored) but there’s clarity, self-deprecating wit (“You’re trying to fool somebody, but you end up fooling yourself/You’re reading from ‘A Season in Hell’ but you don’t know what it’s about” (Sunlight Bathed The Golden Glow) and a heady, melodic rush on almost every track, and the new remaster adds a little more sparkle still.

The biggest changes, however, are reserved for the fourth album, Ignite The Seven Cannons. The title has lost a few words in the years since its release in 1985 – originally adding …And Set Sail For The Sun – but the 2018 edition is a complete overhaul. Taking the focus and pop nous of The Strange Idols… a few steps further, Ignite featured some of Lawrence’s most sublimely straightforward writing yet, not to mention an indie chart number 1 single. These were glistening jewels of songs, this time featuring new arrival Martin Duffy on keyboards.

The 16-year-old Duffy – now better known as one of the longest-serving members of Primal Scream – joined following an advert hastily placed in the Birmingham branch of Virgin after Deebank’s latest walk-out. (‘Do You Want To Be A Rock ‘N’ Roll Star?’, it read, which would at least stand out to fans of The Byrds, even if fame and fortune might not materialise). His organ parts instantly added colour and reverent warmth to Lawrence’s songs, while third bassist Marco Thomas’ lines were upfront and melodic.

But there was a problem, in some eyes, with Ignite’s production, this time by Cocteau Twins’ Robin Guthrie. He’d accepted the job on the firm proviso that he’d have sole responsibility for mixing, and Lawrence has never been happy with the results. “You couldn’t hear the songs;”, he told the Quietus; “it was just a load of effects and reverb.”

On his own band’s records, Guthrie’s production – effects, reverb and all – is almost the most important instrument, aside from Liz Fraser’s astonishing voice. But the songs here are absolutely swamped by it: My Darkest Light Will Shine swims in bass and mids, miring any intricacies of Duffy’s organ; The Day The Rain Came Down buries Lawrence’s vocals and a returning Deebank’s guitar parts; while Scarlet Servants and I Don’t Know Which Way To Turn suffer from drum parts which sound as though they might have been recorded through a wall.

Now, overseen by John Rivers, one track has been removed – the pretty but inessential instrumental Serpent Shade, sacrificed for symmetry’s sake (“[I]t was 11 tracks … That hurt me a bit straight away, before I’d even listened to it”) – while six have been remixed. The differences are startling and transformative, as though a thick layer of glittery Vaseline has been wiped from the lens, and listening to the two versions back-to-back has the effect of switching from a kaleidoscope to binoculars. 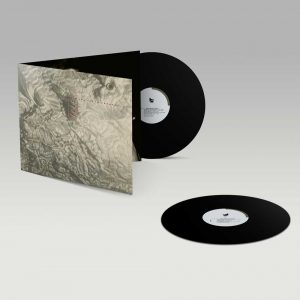 Darkest Light… is warm and balanced, while The Day The Rain… and I Don’t Know… sound more like crisp, clean leftovers from The Strange Idols… Perhaps Felt’s best known and most-loved song, Primitive Painters, however, is comparatively untouched, and remains towering and almighty.

Liz Fraser features on vocals, which may well be way Guthrie’s production makes sense here – even if nowhere else – and the interplay between her keening, swooping proclamations and Lawrence’s flatter Verlaine-isms still thrills. An indie chart-topper, it was brought by Deebank when he returned briefly to the fold but proved to be his swansong, as he left for good shortly after Ignite’s release.

The new version might not be to every fan’s taste, which is always a risk when an artist dares to meddle with their own work, but sometimes we get Blade Runner: The Final Cut, rather than the Star Wars ‘special editions’, and the new version of Felt’s fourth album leaves little room for doubt that it stands alongside their very best.

Having left Cherry Red for Creation Records, where Felt were to release what many believe to be their masterpiece – of which more once the second batch of reissues are with us – their first album for their new home – keyboard-led, wordless, and just 19 minutes long – was a bit of an oddity. 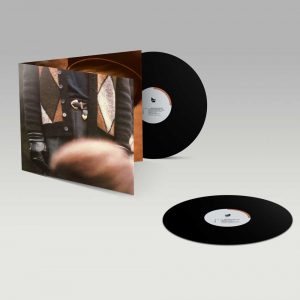 Now retitled The Seventeenth Century, it originally went out as Let The Snakes Crinkle Their Heads To Death, and – title notwithstanding – possibly makes more sense now than it did at the time, although that isn’t saying much. (Typically, Lawrence claims he “…knew this was just one little phase in a whole journey,” telling Record Collector in 1993 that: “I wasn’t thinking about it as a career move.”).

For a band – and, indeed, an artist – often regarded as synonymous with an undeserved lack of success, bad timing and ignominious failure, if this was the end of Lawrence and Felt’s story it would be a fairly sad final chapter. But, thankfully, Felt’s Decade In Music was barely halfway over, and these new editions of their first five albums will hopefully find their way to more listeners than ever before, finally generating rewards in second-hand ways. One or two of them might even start a band.

The first five albums in A Decade In Music will be released through Cherry Red on 23 February. You can find more information here.