Majoring on tracks from Tusk and Rumours, this 1980 release is a living, breathing document of one of the most spectacular implosions of an artistic collective ever witnessed 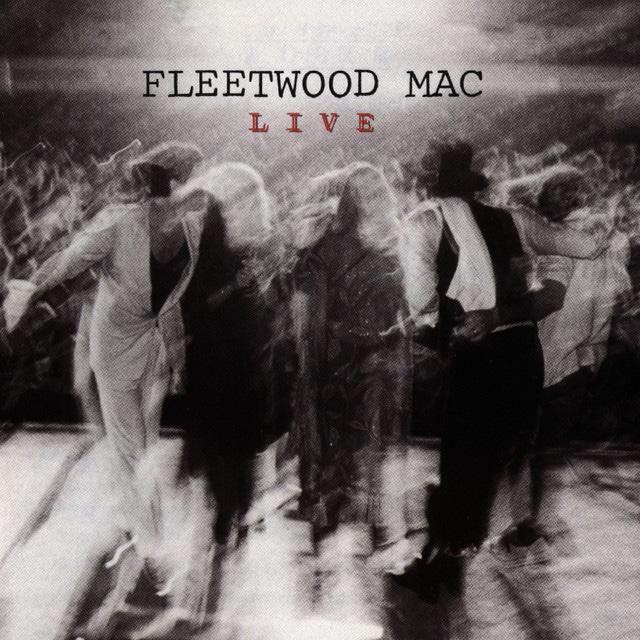 Despite their undisputed status as one of the best bands of all time, there are more albums in the Fleetwood Mac canon that are relatively unknown by modern listeners. From their earliest incarnation as a blues band under the stewardship of Peter Green, to their unheralded but actually rather brilliant phase as a first-wave soft rock band under Danny Kirwan’s leadership, to their world-smashing halcyon days in the mid-to-late ’70s, the band underwent many radical stylistic shifts that tended to coincide with changes in personnel. Albums like Bare Trees, Penguin and Kiln House have been lost along the way, but no album has a more precarious position in their discography than 1980’s Live set.

Released during the most interesting period in the band’s entire history, Live is an intimate look at the band’s complete disintegration in the years surrounding Rumours, which also led to the production of one of the most bizarre, most loveable oddball curate’s eggs ever committed to tape: Tusk. The core lineup (the most famous lineup) of Mick Fleetwood, John McVie, Christine McVie, Stevie Nicks and Lindsey Buckingham had splintered by the time Tusk was recorded, and the album is an inadvertent showcase for one of the strangest yet most thrilling groups ever to find their way into a studio.

This drug-addled, violent and explosive Tusk-era Fleetwood Mac is what we hear on the bulk of this newly-expanded 1980 Live album (all two-plus hours of it) but there are also cuts dating back to 1975 and 1977, a couple of demos and a remix. So to say that this new version of Live is a warts-and-all set is to do it both a disservice and a favour. The original album featured almost an hour and a half of music culled from performances from around the globe, hastily stitched together and thrown out into the world to try and recoup some of the mountains of cash spent on both the tour and the Tusk album (one of the most expensive albums ever made, despite only a fraction of it being spent on recording sessions).

Needless to say, this expanded release is an essential document for many of Fleetwood Mac’s fans, but it also offers endless riches for those who’ve only a basic knowledge of the Mac’s hits (they’re all here, of course). From the powerful, glass-smooth version of Dreams (culled from a Rumours soundcheck), to the frazzled, pinpoint-pupil freakout of Go Your Own Way (from 1980), the band showcase their beautiful side as readily as they do their ugly, messy unpredictability. On the former, Stevie Nicks is controlled yet vibrant, rehearsed but not dialled-in, while on the latter, Lindsey Buckingham sounds like he’s one pill away from a breakdown.

“an intimate look at the band’s complete disintegration in the years surrounding Rumours, which also led to the production of one of the most bizarre, most loveable oddball curate’s eggs ever committed to tape: Tusk”

By the time Buckingham assumed total control of the band in 1978, he was clearly suffering from a crisis of confidence, but buoyed by an immense ego and fuelled by a maniacal creative drive. The fact that he feels the need to introduce Nicks’ masterpiece Sara should tell you everything you need to know – this is his show, and this is his band. He’s right, of course, all the way up to the inclusion of the Beach Boys’ curio Farmer’s Daughter (which closed the original Live), which he felt showcased his connection to Brian Wilson’s demented genius. Legend has it that Buckingham gained access to the original tapes of the then-lost Smile album during the sessions for Tusk, which led to him making drastic production decisions during the record’s recording (tissue box percussion, for instance). But of course, the connection is most clear when he doesn’t mean it to be: just as Wilson’s fractured melodic purity is as evident on his deepest cuts as it is on his most well-known, Buckingham’s power is just as clear on the punk-fuelled Not That Funny as it is on the vitriolic classic rock of What Makes You Think You’re The One (presented here in as a snotty New Wave stomper).

If you already own the original Live, or the remastered CD, there’s still plenty of reason to buy this new edition (if you had the £70 to pay for it). Spirited versions of Green Manalishi and Gold Dust Woman (from 1977) sit next to raucous, sloppy versions of The Chain (missing from the original album), Tusk and Angel (all from 1980). Hell, this version of The Chain might be the ugliest version ever released – all of the vocalists sound demented, all of the instruments fighting for dominance, leading to a thrilling, disorientating crescendo.

Minor gripes aside (why wasn’t a whole 1980 set included as a separate disc?), this is a fantastic collection of songs, played with vigour and fire and commitment – and even rage. It’s a living, breathing document of one of the most spectacular implosions of an artistic collective ever witnessed, and stands as testament to Fleetwood Mac’s neverending intrigue. When Mirage followed in 1982, the band had regained its composure, but lost much of its saturnine magic, Buckingham having been emasculated by the extent of Nicks’ solo success. Live is, for better and worse, a document of the storm before the calm – and a wonderful couple of hours of hard rocking escapism from one of the world’s most treasured bands.

The Super Deluxe Edition of Fleetwood Mac’s Live is out through Rhino on 9 April 2021. The 3-CD/2-LP collection features a remastered version of the original release on both 180-gram vinyl and CD. It is  comes with a booklet of rare photos, a full itinerary for the Tusk Tour, and a written history.