Released a quarter of a century ago, here is the album that encapsulates the beautiful soul and true legend that was the real George. It is his masterpiece 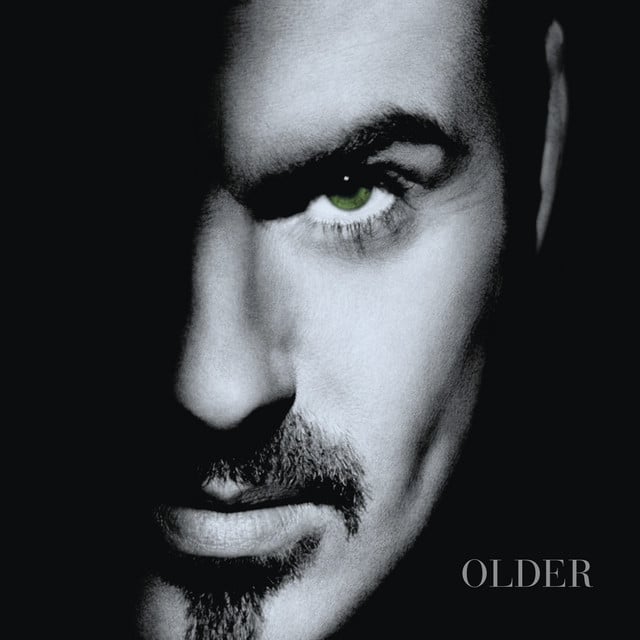 First released in May 1996, Older came almost 10 years on from Wham!’s split and nine years since George Michael’s solo debut album, the global success that was the 20 million-plus selling Faith. If anything, the huge success of that debut sent him somewhat mad, having toured it all over the planet for two years and winning every award imaginable. Faith turned the cheery but determined hitmaker into everything he could’ve imagined, but also appeared to scar him into a troubled troubadour. It set out the stall for the rest of his career and, sadly, life. When its follow-up Listen Without Prejudice arrived in 1990, it was almost a reaction and rejection of what Faith was – the symbolic burning of the Faith jacket, the refusal to be in videos or on the album’s sleeve and the lack of touring and interviews. To some critics, it felt like he was maybe protesting too much.

So, by the time Older arrived six years later, a compromise had been made. He’d wrestled free from his Sony contract, was basically well-off enough to never have to work again, and appeared to be finally in control of his destiny. He could do whatever he liked, whenever he liked. The freedom he’d carped on about (twice) was all his. Older was both an artistic and sales triumph, and eclipsed both previous albums saleswise in the UK, selling 1.8 million copies in the UK alone compared to the not shabby 1.4 million that Faith and Listen Without Prejudice had sold. The six singles released also yielded the strongest chart positions for the singles off a George album, with two No 1s (Jesus To A Child, Fastlove), three No 2s (Spinning The Wheel, Star People, You Have Been Loved), and a No 3 (Older).

But despite any feeling of the carefreeness, Older was inspired and born out of tragic circumstances. George had lost the “first man I ever really loved,” Anselmo Feleppa, to Aids.

Older – both the album and the campaign – kicked off with Jesus To A Child, a near seven-minute glacial mood about Anselmo dying, and which shot into No 1 on its first week. Sidenote here, but it was George’s first solo No 1 in a decade since A Different Corner, which shared its atmospheric DNA if not the sentiment. While A Different Corner is regret, Jesus To A Child is a thankful, yet sad, requiem to someone he’d truly loved and lost. As the man himself said on Radio 4’s Desert Island Discs, “I’m very proud of Listen Without Prejudice. But I think the whole experience of losing Anselmo; the period of grief, which was roughly two years that I didn’t write a note of music. And then, the absolute knowledge that the next album I was going to write would be about grief and recovery. Older is my greatest moment, in my opinion. And as I’ve said before, I don’t ever want to be that inspired again.”

And this was the George Michael who hadn’t even technically ‘come out’ yet. His way of answering such questions were along the line of this in Big Issue: “Even though my sexuality hasn’t always been completely clear to me, it was never a moral question. I’ve never thought of my sexuality as being right or wrong. I’ve wondered what my sexuality might be but I’ve never wondered whether it was acceptable or not. To me it’s always been about finding the right person. The only moral involved in sex is whether it’s consenting or not. Anyway, who really cares whether I’m gay or straight? Do they think they’ve got a serious chance of shagging me or something?” Yet, he also said “To my fans and the people that were really listening, I felt like I was trying to come out with them.”

For many years the whole nature, the classic form, of pop music has been driven as a young scene. Pop music for people who might have been deemed to have grown out of it really took its time to get going. AOR, yes, but to have grown from pin-up into serious songwriter was still a journey few managed to navigate successfully. Pop music for maturing gays even more so. For a man who wasn’t publicly out, George managed to tap into the joy and pain of being a gay man, with songs that worked universally but also seemed to explore the mores of the modern homosexual. Older works magnificently as an album for lovers of all the spectrum, yet somehow manages to tap that area of the pink pound that was increasingly ‘We bought this house together but split up, oh no it’s fine we still get on – that’s his Depeche Mode and Star Trek Next Gen DVD collection – he uses the playroom on Wednesday-to-Saturday etc.’ or ‘honry pics m8, got a face?’ onset of online dating.

Look at Spinning The Wheel. While not uniquely a gay experience, it’s basically about an open relationship and the paranoia that can evolve when two people have agreed to let each other ‘do their own thing’ and one of them is maybe a little too enthusiastic about it. You’ve decided you want to spend your life with someone who also enjoys having NSA anonymous encounters.

In Fastlove – the most performed/played song in the UK in 1996, so eat it, Wannabe – George himself is the one going out for the NSA anonymous bunk-ups, enjoying outdoor knob-touch and going off to sleaze about in a club. There’s no coat-check up Hampstead Heath’s infamous fuck tree, and, well, some people quite enjoy the feel of foliage on their genitals. What a telling line “in the absence of security” is too. There really is no way of sugar-coating this, but there’s nothing like the rush and illicit thrill of going to a sex club, wandering around and checking out the other patrons of the sex club, because those patrons, like yourself, are there at the sex club because they want sex.

The title track itself is a perfect ‘hey, we were good once but I’ve lost a bit of weight, learned a few things and yeah, NOW you inform me you’ve always had a thing for me’. A grown-up ‘tell me about it, stud’ moment. The comfort of outgrowing an ex and feeling free from their bullshit.

Star People is basically The Met Bar. That mid-to-late ’90s moment where anyone who was someone was at it with everyone. A comment of the frivol of fame, and how those desperate for it must be a bit mental, that this came out while most of the ’90’s new stars were hitting hard drugs because the fame they’d wanted wasn’t the right type of fame they’d envisaged and so heroin got a bit yum. It is spot on.

The sheer beauty of You Have Been Loved has the ability to make a brick cry. It’s impossible to get through it with a dry eye. It’s almost a challenge to be worthy of having that played at your funeral. You have to EARN You Have Been Loved. Incidentally, it was quite fortuitous to have been released in late 1997 as a post-dead-Diana mood. It was kept off the top by Elton John’s Candle In The Wind re-swizzle when radio stations opted to go into melancholic mourning, and the airwaves were all Candle In The Wind, The Verve’s The Drugs Don’t Work, All Saints’ Never Ever, Robbie’s Angels and Oasis’ Stand by Me.

If you look at Faith, LWP and Older as a trio of albums, well, that’s basically a decade of magnificence. The trajectory of “I’m a serious solo musician actually, and holding this guitar because America, even if I haven’t the foggiest idea of what you do with it” through to “Look, I bloody sent myself to the edge of my sanity on that last album, just bloody listen to this one. I can’t be arsed touring, and, oh, hold on… Epic are on the other line.” And completed with “I’ve loved, I’ve lost, I’ve smoked shitloads and am quietly content to be a huge star on my own terms and occasionally do some drugs with a fisty builder.” Once he’d got Older out of his system, George decided to get out and tour again. That there was only one more album of original material – 2004’s Patience – is a travesty, really. We can only imagine now what the long-promised album he’d planned of ‘bangers for the gays’ might have sounded like, although with Outside and Flawless (Go to The City), we knew it would’ve been magnificent.

Older is an album of sadness, joy, carefree inconsequential abandon and regret. It’s basically all the themes that George had explored so well since he first rocked up on Top Of The Pops as a last-minute replacement for Shakin’ Stevens in 1982. He had a way of managing to tap into the universal and everyday thrills and tragedies of us all, and we loved him for it. We even tolerated the cowboy boots. And so it was that after he died, it was not unlike a Diana moment. We began to hear of his generosity, his charity work, his penchant for soap operas, and realised we’d lost a beautiful soul and true legend of a human being. Older is the album that encapsulates the real George. It truly is his masterpiece.