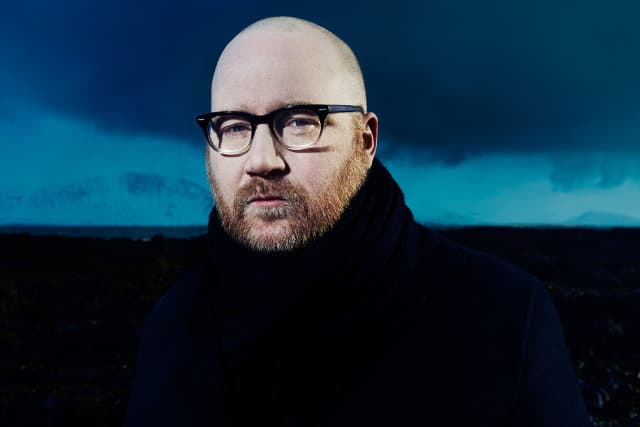 The work of Jóhann Jóhannsson may not have featured much in the way of voices, but it was richly emotive and deeply human in its approach, drawing vivid parallels between mankind and the world we inhabit. It’s a claim not many artists can make.

The Icelander’s death at the unjustly young age of 48 comes as a shock on many levels. From a musical perspective it is difficult to accept there will be no new music from Jóhannsson. There were so many places for him still to go, for in recent years his reputation had soared through critically acclaimed film soundtracks. An Oscar was surely within his reach, and a Golden Globe had already been secured.

He had been releasing music for over 15 years. The early focus was on concepts; his ambition immediately made clear with big ideas translated into wonderfully articulate and deeply meaningful musical statements.

His debut release Englabörn set down a marker, the mind comfortable with a unique but subtle integration of electronics into still, pure chamber music. For those in search of a modern approach to classical music, he was a pioneer of this art. Alongside Max Richter his was the name that stepped forward in establishing a new generation of composers comfortably blending acoustic and electronic. Working under the influence of Sibelius and, to a lesser extent, minimalists Steve Reich, Philip Glass and John Adams, Jóhannsson made perfectly formed shorter pieces operating as links in a bigger machine, with not a note wasted. Many followed this path, but few had the emotional impact or the consistency. It was inevitable that setting pictures to music would follow.

IBM 1401, A User’s Manual was arguably his most conceptual work, a paean to obsolete technology wrapped up in the sweepingly melancholic music that was to define him. It was his next album, 2008’s Fordlândia, that best demonstrated his ability to create sumptuously melodic music within an orchestral context. Based on the story of car manufacturer Henry Ford’s 1920s creation of a Brazilian rubber plant of the same name (there’s one of those ambitious subject matters), it took a minimalist approach and unfurled patiently, but was expansive and utterly absorbing, of a piece with Sibelius’s incidental music.

His follow up, an early soundtrack piece, was And In The Endless Pause There Came The Sound Of Bees. It may not have attracted the same level of acclaim, but it was another step forward in the distillation of a distinctive orchestral sound, with resonating details and recurring themes.

The Miners’ Hymns was a watershed in 2011, and nobody who went to see it will forget his devastating musical imagery alongside the film work of Bill Morrison. This was a moving tribute to the history of coal mining in 1980s North East England in which Jóhannsson created brass-rich pictures as though he had lived in the place all his life, completely immersing himself in the area’s background and social fabric. In doing this he returned to a sound previously explored on 2010’s beautifully sombre Virthulegu Forsetar. This was solemn yet stunningly powerful, stop-you-in-your-tracks music, and a live performance of the film and its soundtrack at the Barbican in 2014 with Iskra Strings and the Durham NASUWT Riverside Band remains one of the most impactful examples of the genre. It confirmed he made sensitive, intelligent music that connected strongly and deeply, across countries and ultimately continents.

After this the focus switched inevitably to film soundtracks, most notably on The Theory Of Everything by James Walsh, for which he won the Golden Globe for Best Original Score. Though inevitably more fragmented in nature, it was an illustration of Jóhann’s ability for musical scene setting, the sense of time and place immediately evoked. This was if anything even more vividly achieved in his work for Denis Villeneuve’s Sicario, where the sense of underlying menace to the score brought forward an aggressive aspect of the composer’s music barely hinted at previously. With sharper electronic tones, it was a distinctive feature of the film, depicting the near-constant threat to the team and their increasingly perilous missions.

Bigger and higher profile scores were on their way, and Jóhannsson won Best Film Composer of the Year at the World Soundtrack Awards for his score to Arrival. Again his work was a distinctive feature of the film, the ability to conjure up otherworldly images in a short space of time perfectly suited to the plotline and delivered with customary economy yet sharp focus. Around this time his 10th and final album Orphée was released. Inspired by Ovid’s interpretation of the myth, it reaffirmed his ability to bring great emotion from chamber-sized forces and smaller cells of melodic material.

Jóhannsson’s final work was the soundtrack to James Marsh’s The Mercy, the film poignantly released on the day of his death. The quality never dropped, the guiding principles never were lost, the direction never anything other than firmly forward-facing.

His musical focus was clear in an interview given to musicOMH in 2009 in which Jóhannsson, talking about music he had written in honour of Scott Walker, almost refused to talk about his own contributions for fear of overshadowing his subject. It was this modest appraisal of his own work that stood out, a willingness to let his music speak for itself.

The range of musicians, labels and writers reacting to his death showed how respected and loved he was – tributes were immediately forthcoming from the likes of Flying Lotus, Max Richter, Tyondai Braxton, Ólafur Arnalds, Nils Frahm, Eluvium, classical label Deutsche Grammophon, Clint Mansell, Colin Stetson, Portishead‘s Geoff Barrow, Mogwai‘s Stuart Braithwaite and Alex Ross, alongside anecdotes and memories from music industry people with whom he had worked. He had been due to play as part of this year’s Primavera Sound festival in Barcelona, and had a show scheduled for the Barbican in December of this year that was to feature a new multimedia piece based on cult science fiction novel Last And First Men by Olaf Stapledon – proof he was still very much in his creative prime.

He leaves behind a remarkable body of work which will continue to provide joy, hope and inspiration to many for years to come, even though, as in Jóhannsson’s own words, “the sun’s gone dim and the sky’s turned black”.