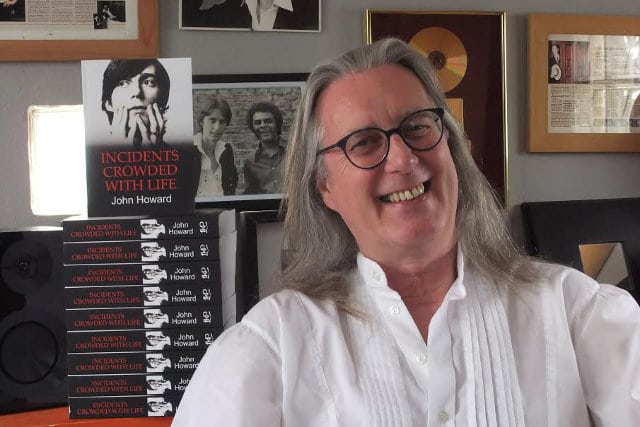 musicOMH has been publishing articles about John Howard‘s music since he picked up where he’d left off with his debut album, 30 years after its release. His comeback calling card, appropriately for one rudely interrupted while in full flow, was called As I Was Saying.

We were not there first time around when, in 1975, his debut album Kid In A Big World – this year rereleased on vinyl – was put out by CBS “in a time of glitz and glam, and where being gay meant you were just one of those other gs,” in Howard’s words. But his songwriting has since served Howard a new appreciative audience.

Having released several albums since, some filling in the blanks from his wilderness years and others continuing where he left off, Howard has also penned his extraordinary story of being first in and then out of the music industry, of being openly gay when that was not what one did, and of making the best of what he has.

Howard, a self-described “good Catholic boy” brought up in post-war Lancashire, replaced his Sacred Heart statues and a wall-mounted crucifix, along with plans for the priesthood, by Marc Bolan posters, miming to Metal Guru in front of a full-length mirror, and dreams of pop stardom. As glam rock took hold, Howard left home for London, and was quickly signed to CBS. He made his debut album at Abbey Road Studios, and launched it with a concert at the Southbank Centre’s Purcell Room.

But the trajectory was not to be ever upwards. Sexual violence, injury and commercial failure intruded upon a potentially glittering career as Howard lay in a hospital bed unsure if he would walk again.

In Incidents Crowded With Life, John Howard picks up the story… 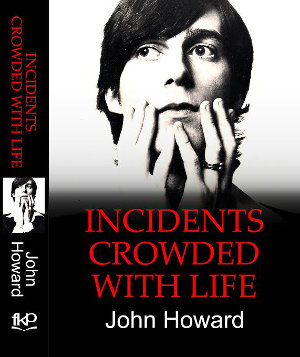 I began writing my autobiography, Incidents Crowded With Life, a few years ago, but wasn’t sure what to do with it when it was finished. So for quite a while the manuscript sat in a box on my shelf, unseen and unread by anyone other me and my husband.

The story begins in October 1976, when I’d been admitted to hospital after breaking my back and smashing my feet¸ jumping from my Earl’s Court bedroom window, escaping from a sex attacker – to be more precise, my flatmates’ sex attacker.

The narrative then goes back to my childhood in 1950s Lancashire, and follows my life through to being the skinny unsporty kid bullied at school who finds acceptance through discovering a talent for performing.

I enjoyed my first – rather tumultuous – gay affair at art college in the early ‘70s, at the same time enjoying local success gigging in folk clubs, theatres and Universities. Finally, my move to London in 1973 achieved the record deal I’d been looking for, and the promise of ‘making all my dreams come true’.

In 1974, after being signed to CBS Records, I recorded my debut album Kid In A Big World, at Abbey Road and Apple Studios.

The book then covers the fallout when the album basically bombed, and my consequent spinning out of control – without a recording career or a reason to get up in the morning. A pretty wild, full-on period then began, playing in several fashionable London eateries like Blitz, April Ashley’s and Morton’s each evening, followed by nights into the early hours spent in various sex clubs, getting very high, and occasionally very paranoid, culminating in a kind of watershed – my accident.

At the beginning of 2016, after reading the manuscript again, I decided to substantially rewrite it and post it online via my website, chapter-by-chapter on a month-by-month basis, sharing the book, as the story progressed, on social media. I wasn’t prepared, however, for how popular it became, and how avidly it seemed to be awaited each month by my readers for the ‘next instalment’.

Last summer, a friend of mine suggested my story should be published as a book. When I replied that I had no contacts in that area, he, God bless him, recommended a publisher friend of his, Rick Armstrong, MD of Fisher King Publishing, read it. Rick did, and shortly afterwards we had a very productive Skype chat, and in August 2017, I signed the contract with FKP!

In March 2018, Incidents Crowded With Life was published by Fisher King, and is now available to buy at all good book shops. There is no-one more surprised – or delighted – than me that this happened. I’m over the moon.

John Howard’s Incidents Crowded With Life is out now through Fisher King. Kid In A Big World is available on vinyl through You Are The Cosmos. Tour dates and further information can be found here.