Marking an anniversary reissue, Ross Horton examines the enduring influence and impact of the band’s second and final album 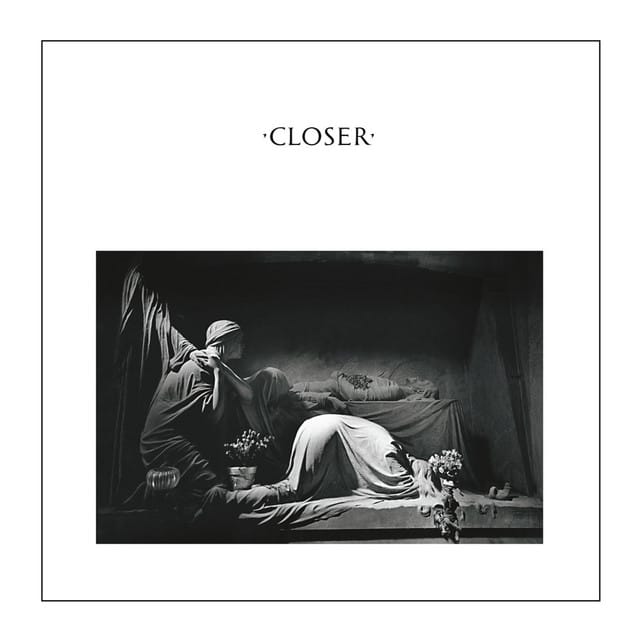 Here are the young men, the weight on their shoulders

Here are the young men, well where have they been?

We knocked on the doors of Hell’s darker chamber

Pushed to the limit, we dragged ourselves in

So many people, from so many walks of life, all have tales to tell about their connection to Joy Division’s music. Their work is legend, and their influence incalculable.

Their first studio album, Unknown Pleasures, is rightfully considered to be one of the finest albums of all time – debut or otherwise – and it contains 10 of the most haunting, harrowing rock compositions ever committed to tape. Its spare and bone-dry production, which is effectively a homage to the hollowed-out, post-industrial wastelands of The Velvet Underground’s White Light/White Heat, NEU! 75, Can’s Tago Mago, David Bowie‘s Low and Iggy Pop’s The Idiot (more on that later), was initially hated by members of the band, but mostly by bassist and occasional vocalist Peter Hook, who wanted their recorded music to mimic their often raucous live shows.

Sense prevailed, the court of public opinion ruled against Hooky, and Martin Hannett’s bold production became one of the defining sounds of the post-punk era. But it didn’t stop there. The iconic cover, with its monochrome depiction of radio waves (as designed by Peter Saville) has taken on a life of its own, licensed for merchandise items from t-shirts and hoodies to skateboards, lighters and socks. Simply put, Unknown Pleasures has entered the rarefied realms of the upper echelons of pop culture, where – like the logos of the Ramones or The Rolling Stones – it has come to represent an idea much larger than itself.

“In the second half of the record, the tension is ratcheted up to unbearable levels. Heart And Soul and Twenty Four Hours lead you through the full spectrum of horrific darkness felt at the very bottom of episodes of existential despair”

When it comes to their second and final studio album, Closer, the tales and stories around it become much, much more distressing. It contains Ian Curtis’ most blatant and obvious cries for help (and also peace), that have only come to be fully understood in the wake of his tragic death at the age of 23. Its cover image, a photograph of the Appiani family tomb in Genoa, Italy, is about as obvious a clue to what you’ll find inside as you’re ever likely to find on the front of an album. Closer is an album about death, stillness, age, decay, tradition, horror – true – but it’s also an album about peace. The album was recorded in March 1980 at Britannia Row Studios, Islington, a couple of weeks before Curtis’ first ‘definite’ suicide attempt – so it stands to reason, especially considering the content of his lyrics on the record, and his progressively debilitating epilepsy, that his depression was overwhelming him.

One of the most intriguing stories anyone has ever told about their relationship to Closer comes from Mark Lanegan, who has expressed his experience with the album many times, but none better than in a discussion with Music Radar: “I was working at a job cutting the exposed roots off trees in an apple orchard, work that required a 50-mile drive both ways to be alone all day on my hands and knees in the snow using a tool much like bolt cutters to dig under the snow, toil to cut through the thick, heavy roots, move on to the next tree and repeat… At some point, I came across a cassette of Closer, put it in my car’s cassette player and it immediately got stuck there. Unable to eject it, I spent the entire winter listening to nothing else. Its icy tones and poetically personal lyrics of pain and alienation seemed to mirror my own story.” This imagery of desolation, isolation and the endless repetition of futile tasks is Kafkaesque in its absurdity, and a perfection summation of the feeling of listening to Closer.

On 17 July, one day shy of the album’s 40th birthday, the album – and non-album singles Transmission, Atmosphere and Love Will Tear Us Apart – will be reissued with ‘2020 remastered audio’ (although the album itself has just been ‘re-EQ’d’ for maximum enjoyment on streaming platforms, having been recently remastered for another, separate release).

Where the album will be released on ‘crystal-clear’ vinyl, the singles will be released in their original 12-inch format, and will feature their original B-sides (Novelty, These Days and She’s Lost Control, respectively, and Love Will Tear Us Apart also features the alternate ‘Pennine’ version as a second B-side, as on the original release). Unfortunately for completists, the remaining songs recorded in 1980 won’t be released this time out, which is a shame, as Komakino, Sound Of Music, Incubation, and Dead Souls in particular are some of their finest recordings and are incredibly hard to get hold of on vinyl. Yet this is a minor gripe about what amounts to a major, and extensive reissue campaign.

If you’re not familiar with the album and the singles, and want a bit of information before shelling out, this is what you’ll find. The album opener Atrocity Exhibition, inspired by a collection of stories by JG Ballard, is a rolling, barrelling barrage of sounds: thunderous tom rolls and tinny snare slaps from human metronome Stephen Morris bang and clatter against Peter Hook’s muscular, serpentine bass line and Bernard Sumner’s fizzing, hissing guitars. Layers of distorted guitar feedback (courtesy of Hook) and an industrial tapestry of music concrète noisework from Martin Hannett lay over the whole track, with only Curtis’ quavering, nasal yowls piercing through. You can still hear the influence of Atrocity Exhibition in songs by Protomartyr and Preoccupations even to this day.

Isolation is one of the more straightforward compositions on the album, with a prominent, booming bass line and a fleet-footed 4/4 drum pattern coming together to make one of the most danceable tunes in the whole Joy Division catalogue. The lyrics are not quite so cheerful. Passover is similar in style to Unknown Pleasures and plays out in the same way as some of their most treasured songs, like New Dawn Fades, where shards of roaring guitar crash against each other amid a vast emptiness.

The insistent, endless momentum of mid-album highlights Colony and A Means To An End showcase just why Joy Division are considered one of the most influential bands of all time: this kind of detached, mechanical punk has been used as a foundation in works by bands from R.E.M. and The Cure to Interpol and Editors (for fun you could also compare the vocals of Paul Banks to Curtis’s in Colony, then compare Tom Smith’s vocals in A Means To An End).

In the second half of the record, the tension is ratcheted up to unbearable levels. Heart And Soul and Twenty Four Hours lead you through the full spectrum of horrific darkness felt at the very bottom of episodes of existential despair. “Heart and soul, one will burn,” Ian promises. The Eternal, the penultimate song on the album, is almost unlistenable in its bleakness.

The band are so successful, and make such an impact, because each of them is immediately distinctive. Sumner’s guitar is recognisable in its intensity; Morris’s drumming is robotic and virtuosic in its restraint; Hooky’s now-infamous bass is dominant and ghastly in its disregard or traditional notions of what a bass guitar should do. And throughout it all Curtis’s voice remains a chameleonic, vibrant instrument. Sometimes he uses scratchy, nasal, Alice Cooper-via-Johnny Rotten sneers, and others he uses rich and plummy Iggy Pop/David Bowie lows. On the final album track, Decades, he sounds completely like himself – of all of the songs in the Joy Division catalogue, this is the song that could be said to best represent Ian Curtis. It’s melancholy almost to the point of absurdity, but never without energy or without a cause.

The singles and their B-sides are almost as iconic as the studio albums. Love Will Tear Us Apart is probably the most well-known of all Joy Division’s songs and needs no introduction here – but the alternate, hurried ‘Pennine version’ included as a B-side is a delight, if not quite the equal of the original. These Days, which appears sandwiched between the two versions, is thrilling and spiky.

The second single, Transmission is the connoisseur’s choice. It shows a band in transition, and doesn’t really belong to either of their eras. Recorded in late 1979, it’s an instantly-recognisable cult favourite, and regularly features on lists of the ‘best songs of the 1970s’. The B-side, Novelty, is another track made by a band in transition: it was first recorded towards the end of their time performing as Warsaw.

However, with all three of these singles retailing at around £9 each, the most attractive proposition if you’re on a tighter budget is obviously Atmosphere, which is the single most representative release Joy Division ever put out. On the A-side, you have an obelisk, a black and brooding monument leering down over life and its ills, but on the B-side, there’s a riotous 1980 re-recording of She’s Lost Control, which is longer, weirder and more explosive than the recording featured on Unknown Pleasures.

Whenever this music is released, and in whatever form it takes, it should be celebrated, and should stand as a living monument to Curtis. He died alone, on the eve of the band’s first American tour, after watching Werner Herzog’s Stroszek and listening to the first side of Iggy Pop’s The Idiot album, and left this world with a perfect record of artistic success. Two studio albums, a handful of singles and a legacy that will stretch out into infinity.

Iggy Pop, fittingly, summed up the power of Joy Division when he said of their music: “This is fine art and that’s about all I can say about it. On top of all of its other virtues, these are moral songs and those are very difficult to write.” Not only did Ian Curtis write these songs, he lived them, knocking on the door of Hell, and dragging himself in. He knew we couldn’t go there ourselves, but through his music he allowed us to get just a little bit closer.

Joy Division’s Closer Further information on the 40th anniversary reissue of Closer can be found at store.neworder.com/uk/joy-division.html