We walk through mindfields: The Prodigy’s Keith Flint remembered 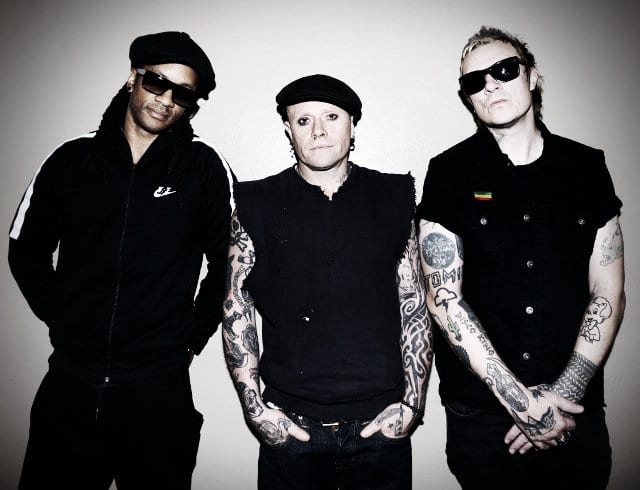 The Prodigy‘s Keith Flint, who has died aged 49, was one of the most recognisable figures in modern music, a pioneering life force of a man whose very silhouette marked him out. As part of a globetrotting band whose music, including the monster hits Firestarter and Breathe, bridged the gap between rock and dance and lodged in the psyche of a generation, his cultural legacy is already huge.

Alongside it, the personal connections made between this outsider insider and those his life and art touched will live on. In a highly personal essay, Ian Roullier here attempts to make sense of things.

I’m in shock. This is the first time I’ve really felt the loss of an artist personally. It’s always sad when somebody responsible for great music dies, particularly when it’s prematurely, but this is far more real, closer to home, and made all the worse that it’s unexpected and too young and because mental illness has once again, it seems, shown no respect for circumstance, status or (and of course on the surface level), personality.

Anyone who’s seen the Electronic Punks video from 1995 can see Keith Flint dicking around, hiding in suitcases, giving aliens stupid voices, dressing up as an Altern 8-styled vapo-rubbed raver. And then the flipside, dancing on stage with his pierced tongue hanging out, rolling across crowds in a giant inflatable hamster ball, still full of energy but seemingly more serious, Keith at work rather than at play. Just a dancer but never just a dancer. The one constant throughout being his sheer force of character.

And this was all before he was thrust to the front of the band, before Firestarter changed his life, before The Prodigy changed the course of electronic music yet again by another few twists, before they changed even more lives and dragged even more indie kids away from their safe Britpop bubbles into a darker yet far more authentic world of hardcore breaks, heavy hip hop beats and grinding guitars, with the spirit of the celebratory, inclusive spirit of the rave scene still laced through every note.

If you’ve read this far, then you’ll probably already know all of this. For me, The Prodigy and their impact has always been deeply personal. Hearing Charly for the first time when it entered the chart, the week after my 14th birthday, feeling that thrill of the energy of the music and hearing for the first time the multiple layers of Liam Howlett’s production style, the hooks, the chattering synths, the thickly layered breaks, I was blown away.

After this I bought every new Prodigy release as soon as it came out. Dismissed as a novelty by much of an elitist music press, I could hear there was far more to this music than sneering hacks seemed able to discern. The Prodigy’s music offered me an escape, some refuge from an unhappy home life and childhood; sonic worlds far removed from the grey restrictive walls that surrounded me both physically and emotionally.

“Battling with depression on and off, I wished I could get a monthly dose of The Prodigy to reawaken and re-enliven me and remind me how it felt to be alive. They made me feel alive when nothing else did.”

I recorded every live set I could when the band featured on Radio 1 or Kiss FM, making me crave even more the experience of seeing them play live, to be picked up and carried by the intense bursts of energy, making me want to be a few years older so I could see this all for myself. Finally, in 1995 I got to see the band play live for the first time at The Island in Ilford, east London.

This time formed a turning point for both The Prodigy and for Keith. White-gloved, whistle-clad ravers rubbed shoulders with metalheads, drawn to the band since Music For The Jilted Generation had dragged heavy guitars into the electronic mix. This was it. Finally. And then came the shock of seeing Keith step up to the mic. What the fuck was going on? This was Firestarter. The first time I’d ever heard it, and to be honest I didn’t know what to make of it. Sketchy review notes I’d made (and only rediscovered late last year when moving house) mention, “Keith was completely off his case, diving into the crowd and rugby tackling Maxim. One track actually had Keith on vocals which was mad.”

I soon loved it – along with the rest of the world. Keith had become a frontman. This band had become something altogether different, but I still loved them. Their DNA of uncompromising music and a disrespect for blatant commerciality (never playing Top Of The Pops) remained intact. Despite or perhaps because of this, The Prodigy had gained global success and now even earned the respect of the dance music press.

I went to see them as often as I could afford, various times at their spiritual home the Brixton Academy (where they once rocked the dancefloor so hard that it collapsed), at Brighton’s Essential Music Festival and then later at the V Festival.

Battling with depression on and off, as I have for most of my life, I wished I could get a monthly dose of The Prodigy to reawaken and re-enliven me and remind me how it felt to be alive. The visceral energy of Liam’s synths and hammering beats balanced by Keith’s full-throated vocal and physical theatrics, matched by Maxim’s crowd baiting and at-times-playful, at-times-serious demeanour. They made me feel alive when nothing else did.

After that bright burst that lit the world following Fat Of The Land came a perhaps understandable lull, Liam’s more-or-less solo album Always Outnumbered, Never Outgunned, and it looked like that explosive on-stage chemistry with Keith and Maxim would be lost forever. A mental crutch I could perhaps no longer lean on. But bonds were soon forged once again, and three more albums have followed – created purely to be played live, according to Liam Howlett – ending with last year’s No Tourists (the band’s sixth consecutive Number 1 studio album).

Interviews over time show the common thread throughout the trio’s mindsets – playing live is what keeps them alive, what keeps them going, is the reason they haven’t stopped for nearly 30 years. That much is also clear from seeing them play live. The sheer energy. An exhilarating onslaught on the senses. Pure adrenaline. But now that’s over. I wonder whether now that a fundamental part of that band has been prematurely taken away, if they can continue? But it’s too soon to talk about this, and we must look at the bigger picture, look at the personal rather than the professional life.

People may wonder how someone who is still doing what they love, who was in the middle of a world tour and had just enjoyed yet another Number 1 album could just stop, just end it all, just decide they’ve had enough. And while I won’t presume to know Keith’s mental state in recent months, what I can say from personal experience is that depression has no respect for circumstances, for success, for status. Having a good life on the surface can even create guilt and further self-loathing. “How can I still be unhappy when I have all of this? Why don’t I feel better?” You can’t explain it. You can’t rationalise it. You may not be able to find a reason for it so you feel completely lost as to how to find a cure. But for anyone reading this who understands and feels these thoughts and feelings, please get help from Mind or The Samaritans or CALM or Young Minds or see your GP and ask for help. Please do so now. 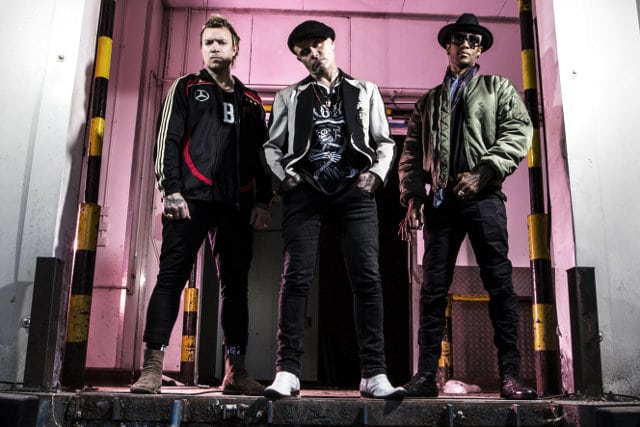 Keith Flint was more than a dancer, more than a vocalist, more than a vital part in the triumvirate that continued to make The Prodigy one of the world’s most thrilling live acts. He, alongside Liam and Maxim, helped give me hope when I had none. The Prodigy allowed me an escape when I felt imprisoned by my circumstances or my mental state. Their music triggered emotions within me at times when I hadn’t been able to feel anything for months.

Life changes over time. Last winter No Tourists became the soundtrack to decorating the house, a far cry from raving to The Prodigy that first time in Ilford. But I did thankfully get to see them play once more in November at Alexandra Palace and they were as brutal and as life-affirming as ever. Mixing old and new tunes with Keith ring-leading, as exuberant and as frantic as ever. No outward sign of what was to come. Throughout my life I’d come to rely on that thrill, that buzz, those goosebumps to get me out of a hole. I can’t believe I’ll never be able to do that again. I can’t believe Keith has gone. Just 49. I’m in shock.

• In the UK, Samaritans can be contacted for free from any telephone on 116 123, or you can email [email protected]. Other international suicide helplines can be found at www.befrienders.org.