With the news that Kraftwerk’s Florian Schneider has died, Ross Horton examines the Germans’ classic phase and finds that without them, entire genres of music would not have existed 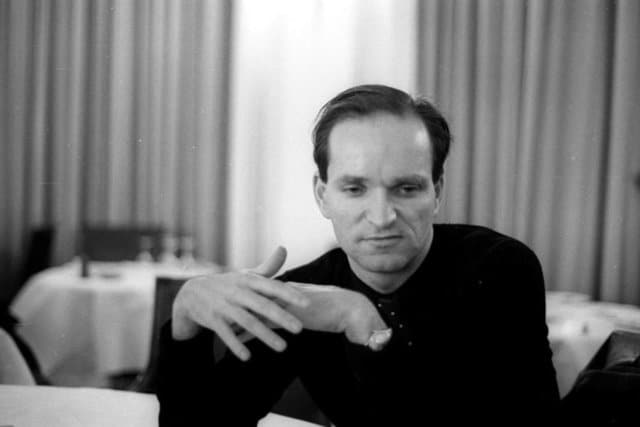 Florian Schneider-Esleben was born on 7 April 1947 in southwest Germany, just east of the Rhine. His parents were architect Paul Schneider-Esleben, and his wife Evamaria. When he was three years old, his family moved to Düsseldorf. In 1968, he met Ralf Hütter at university in Düsseldorf, and within six years, they would lay the foundations for what has since become modern popular music.

Kraftwerk (German for power station) were formed in 1970, but they did not become the Kraftwerk you know and love for another four years. In those years (that the band would have you believe never existed, between their formation and their breakthrough album Autobahn), Schneider and Hütter composed and recorded three albums – Kraftwerk (featuring a star turn by Klaus Dinger, who would go on to form NEU!, amongst other projects), Kraftwerk 2 and Ralf und Florian.

The merits and flaws of those three albums are still discussed amongst fans of progressive music and ‘krautrock’ to this day, but the band themselves were not fond of them, believing them to be works of juvenilia, steps on the journey to becoming what they intended to be. Whatever your opinion on the matter, the incredible run of essential albums Kraftwerk made – inventing about a thousand subgenres along the way – begins with the 1974 classic Autobahn.

Autobahn (German for motorway), is only six tracks long, yet it holds within it something that had never been heard before. Side A holds the 22 minute title track, a postmodern (and seemingly endless) rumination on the post-industrial art of travelling. Travel, technology and innovation begin to be essential parts of the Kraftwerk story with this album – and the title track is arguably their finest hour. Side B holds the beauty of the album, its insistent melodies and earworm hooks showcasing the more mature and confident songwriting of Schneider and Hütter, and the propulsive rhythms of newcomer Wolfgang Flür.

The next album in their imperial phase, Radio-Aktivität (Radio-Activity), is often seen by some as the runt of the litter, or at least a transitional album where all notions of acoustic, organic instrumentation is removed and replaced. However, this is an immense disservice – it may even be as influential, in its own way, as Autobahn. Musicians such as Iggy Pop, David Bowie, Brian Eno, Mark Lanegan, Ian Curtis, The Chemical Brothers and many, many more have all cited it as the work that influenced their own creative efforts the most of any Kraftwerk album. Would Bowie’s Low, Iggy Pop’s The Idiot, both of Joy Division‘s albums or any techno act you care mention, sound the way they do without the influence of this landmark album, and Florian Schneider’s contribution to it?

The addition of Karl Bartos to the group was inspired, and led to the golden era of the band, with Schneider and Hütter at the controls. With everybody singing their praises, Kraftwerk became stars. Trans Europa Express (Trans-Europe Express), released in 1977 (the same year as many of the albums influenced by Radio-Activity), is a candidate for most popular Kraftwerk album. It’s the truest, clearest indication of what they stood for as a band. It’s a seamless blend of the relentless momentum found on Autobahn’s first side, and the baroque atmospherics of Radio-Activity. It marks the first time since their formation that they were able to compete on the global stage – the album landed in the Top 10 in both France and Italy, and was named as the ‘most important pop album of the past 40 years’ by the LA Times in 2014. Under Schneider and Hütter’s direction, Kraftwerk were well on their way to becoming household names. Europe Endless (Europa Endlos), The Hall Of Mirrors (Spiegelsaal) and Showroom Dummies (Schaufensterpuppen) as well as Metal On Metal (Metall auf Metall), are all timeless, wondrous evocations of a mechanical, efficient European utopia that never was. It’s an essential album.

Their next album, Die Mensch-Maschine (The Man-Machine), contains two of their most well-known songs – Das Model (The Model) and Die Roboter (The Robots), the latter of which was written primarily by Schneider. Like most Kraftwerk albums, two versions were recorded, the first with German vocals and lyrics, and the second with the corresponding English vocals and lyrics. The difference between the two albums is plainest on Die Mensch-Maschine/The Man-Machine, with the German version much starker and more sinister than its English counterpart. As a result, the English versions, which were lighter and catchier, made the band into genuine chart contenders. The Robots hit the enviable Number 20 in the UK Singles Chart, while The Model reached Number 1 – the first of their two UK chart topping singles.

When The Model entered and topped the hit parade in 1981, it was backed with Computer Love, a track from Computerwelt (Computer World). That too went on to top the charts, becoming Kraftwerk’s second (and presumably final) Number 1 in the UK. Computer World is often thought of as being the final ‘classic’ Kraftwerk album, and it represents the culmination of all of their experimentation until that point. It was sleek and concise like its predecessor, but also brought back some measure of the same kinetic momentum of TEE and Autobahn. Computer World laid the groundwork for what many EDM and techno artists would pursue over the next decade, and it proved that the band had reached critical mass – after just over a decade, they were a commercial and critical success.

What followed, in 1986, was a much-delayed and poorly received concept album, Electric Café. While the album has its champions, it is often seen as paling in comparison to the albums made in the ‘classic’ period. Kraftwerk’s final studio album, Tour de France, was released in 2003, and was seen as a minor return to form. Three years later, Schneider performed his last shows with the band, and by 2008 he had officially left. Until that point, he had been the only consistent member (Hütter had left the band for a while between the first and second albums), and one of the primary composers.

Schneider leaves behind a titanic legacy. He was a pioneer of integrating new and unique technologies into music, which is something that had never been done before. Where bands had experimented with tapes and odd sounds since the mid ’60s, nobody had thought to blend state-of-the-art technology with pop and classical music the way that Florian Schneider did.