Twenty years ago, Kylie Minogue returned to disco-inspired pop, signed to Parlophone and released Light Years. Spinning Around would be her first Number 1 in a decade, and there was On A Night Like This, Your Disco Needs You, Kids… Here, Nick Smith casts a fond eye back to a super-successful career reinvention and some out-and-out pop classics 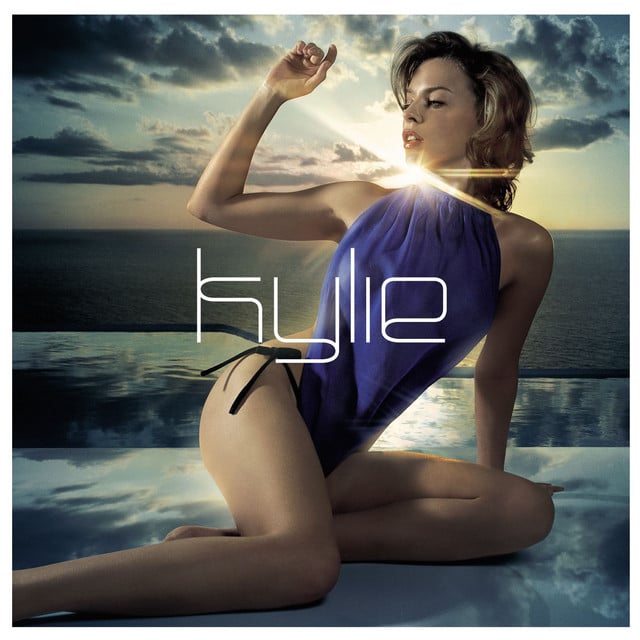 It was the year 2000. Kylie Minogue‘s music career had hit a commercial roadblock. Although her two albums with the Deconstruction label were acclaimed, both had failed to pique expected chart interest and the second, the more experimental 1997 collection Impossible Princess, had stalled so abruptly that it appeared that the artistic risk had proven too much.

Following a stint as Miranda in Toby Gough’s production of The Caribbean Tempest in Barbados and a leftfield film role in Sample People, Minogue signed to Parlophone in April 2000 with a view to re-establishing herself as a pop artist. In June, she unleashed the now iconic disco-pop anthem Spinning Around, initially intended as a comeback hit for Paula Abdul, and this lit up the charts in the UK and Australia. The narrative of reinvention and redemption was underpinned with a knowing confidence from Minogue. The lyrics “I know you’re feeling me, ’cause you like it like this” perhaps signalled a rapprochement with her more popular sound and a conscious move away from her more experimental work, at least for the time being. Suddenly, there was a huge buzz surrounding Minogue again, and the playful video helped catapult her back to the top of the singles chart in the UK for the first time since Tears On My Pillow in 1990, ably assisted by those minuscule gold lamé hot pants.

The second single, On A Night Like This, was released on 11 September 2000, and had a darker, more Europop edge. Fans lapped up the sultry narrative and the atmospheric video, casting Kylie as a bored trophy paramour to legendary actor Rutger Hauer. This was another smash hit for Minogue in the UK, pipped only to the top spot by Modjo‘s Lady (Hear Me Tonight). Excitement was now bubbling over for the album and with its slick, sophisticated and futuristic artwork, Light Years rocketed to its pole position of Number 2 when released two weeks later, becoming her most successful album sales-wise since her frothy 1989 second album Enjoy Yourself.

The first two singles, and coincidentally the first two tracks, were hardly indicative of the album’s aesthetic of camp disco fused with house, a smattering of electronica and hints of psychedelic pop. So Now Goodbye, written by Minogue and Steve Anderson, kicks off the rest of the album and is a divine mixture of house and disco with electronica flourishes and a nod to Madonna’s Lucky Star in the intro. Just as she has kicked her wayward lover to the kerb, Minogue finds herself crying on the dancefloor in Disco Down, a bittersweet pulsating disco slap with more than a hint of Giorgio Moroder with a celestial chorus, almost Christmassy with its church bells ringing out.

Kylie finds herself more ebullient on Loveboat and it’s the most Barry Manilow that she has ever been. Written with and produced by Guy Chambers, the sweeping chorus, beautiful harmonies and odd French phrase form the perfect mixture of kitsch and tropicana. The camp amp is then turned up to 11 on the fabulous call to the floor Your Disco Needs You. Extolling the power of disco music, Kylie rallies her gay troupe on to the dancefloor with more than a nod to the Pet Shop Boys‘ Village People cover Go West, turning all military with a spoken verse in French that was even translated into German and added due to the song’s popularity in Germany. This theme continues on a breezy cover of Barry White‘s Under The Influence Of Love. Think Saint Etienne meets the best of The Nolans and you’re halfway there.

There is an interlude of sorts towards the third quarter of the album with the latin pop and soft acoustics of the beautiful Please Stay, and her tribute to INXS star Michael Hutchence in Bittersweet Goodbye is stripped back and moving with Steve Anderson’s magic all over it. Some psychedelic moments sparkle in the sprightly Kookachoo and the edgier and guitar-driven I’m So High. This is then almost immediately reversed by the thumping contemporary house and EDM of Butterfly, one of the album’s instant stand out tracks.

The final two tracks are arguably amongst Minogue’s finest moments. Kids with Robbie Williams is about as epic as a pop duet can get. The track draws you in with soft guitars, synths and some inspired lyrical touches from Williams and Chambers: “I’ve been dropping beats since Back In Black!” refer to Minogue’s early career, with the AC/DC album as a signpost. The chorus is truly magnificent with its fanfare synths and vocal crescendos. The album closes with the title track Light Years, a pulsating disco anthem and homage to Donna Summer with transcendent harmonies and some deft electronic touches. The title track channels a post-disco sound, recalled 20 years on with Minogue’s own new single Say Something. She has been our purser on this journey and hopes we have had a pleasant flight. It’s a brilliant end to a surprising, dazzling album.

Not only did Light Years yield some of her most successful hits, but the era spawned some of her best B-sides. Cover Me With Kisses is a an alternative dance treat, Paper Dolls is an acoustic gem and Ocean Blue is perhaps one of her best ever ballads, not to mention the hidden album track Password – a bugger to find, as there was but scarce internet in those days.

Light Years finds Minogue confident in her new direction, her vocals are commanding and embody a sense of her embracing her niche, substantiated by her next album Fever becoming a commercial juggernaut. And while it all adds up to arguably her most accessible work since Rhythm Of Love, the sonics are still Light Years away from her fluffier Stock Aitken Waterman days.

So as the sun sets on what has been a bizarre summer, open some Kylie rosé, pop on some headphones, have yourself a taste of glamour and take a trip back to a more carefree time in the beguiling world of kitsch discotheque with Light Years, an album that was nothing less than a game changer from the princess of pop.

Kylie Minogue’s new album Disco is out through BMG on 6 November 2020 (review to follow). Tour dates and further information can be found at kylie.com