Spotlight: The Death and Rebirth of LCD Soundsystem 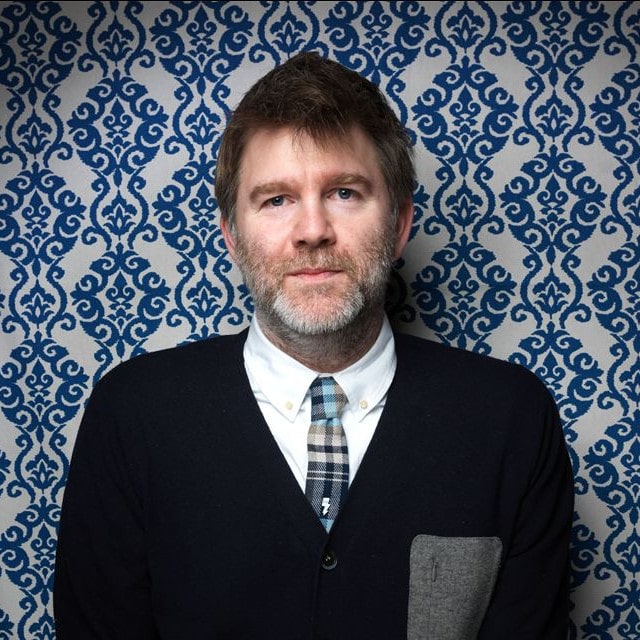 There’s quite a few folk out there that think James Murphy’s got some front. How dare he reform a band with such a warm and affectionate fanbase and bunch of critically acclaimed records after signing off so comprehensively just five years ago. Can you imagine? The audacity beggars belief!

The internet was set alight somewhere around October last year as rumours surfaced that LCD Soundsystem were to reform in 2016. Pretty much as soon as the speculation surfaced hopes were dashed, the rumours were rubbished and the disappointment palpable. Roll forward to Christmas Eve and the world is gifted with a new LCD recording – the suitably downbeat Christmas Will Break Your Heart. Then in early January fresh rumours started to circulate that the band are indeed reforming and would headline Coachella festival, the first of a slew of festival dates drip-released over the following weeks, Primavera Sound in Barcelona and London’s Lovebox amongst them. Murphy responded with a statement that, amongst other things, confirmed that LCD Soundsystem would indeed be resurrected. Praise be. And yet that sense that Christmas had come early in October quickly degenerated. The reaction, in some ranks, was somewhat cooler than the initial rumours had suggested.

It’s not difficult to understand why some might respond to reformations with weary cynicism. Sure, bands get back together all the time, some successfully, some less so. Take Pixies, for example, who reformed in 2004 for what essentially was a victory lap of live dates. They finally released new material 10 years later, which was pretty mediocre and sans Kim Deal. Although it was unquestionably great to witness this seminal band with the original line-up back in 2004, the subsequent recordings and loss of Deal merely proved it has had no great positive impact on their legacy, and that Deal was integral to them being the great band they were. Therefore, as it currently stands, they are a less exciting prospect. No fan of LCD Soundsystem, the band who made Someone Great, Losing My Edge, Yeah, All My Friends, Daft Punk Is Playing At My House and umpteen other cherished classic moments, wants to see them in a similarly diminished position.

But crucially, most bands don’t make quite the song and dance about disbanding that LCD Soundsystem did. On 3 April 2011 LCD Soundsystem played their final show at Madison Square Garden, New York. The career spanning set list was complimented by guest slots from the likes of Arcade Fire and Reggie Watts. The gig was immortalised in an emotional documentary, Shut Up And Play The Hits, that followed James Murphy post show and on a severe career come down, and then was later committed to a 5 LP boxed set called The Long Goodbye: LCD Soundsystem Live at Madison Square Garden for Record Store Day. If like many of us you lacked/lack the means to make the transatlantic crossing for this most monumental of shows you may well have invested a not insignificant amount of hard cash on the DVD and box set to secure an everlasting memento of this glorious band’s final flourish. The investment was not merely monetary, though; fans emotionally invested in the euphoria of seeing or hearing these these songs performed fantastically for the final time, and then witnessed and empathised with Murphy as he put the band to bed and wept.

Thus, it’s perfectly understandable to feel a little manipulated when after all that it turns out they’re going give it another crack. Murphy himself said of the final show: “You know when you have all those pictures and you think ‘I want to put them in an album’, but you never do? Well it feels like that. I’m putting all the pictures I really like into my photo album. I don’t have it hanging over me unfinished.” Yeah, well we’d also made our photo albums too, you know? Filed it all under closure, only to be dusted off when we’re feeling nostalgic for ‘the good old days’. Jeez.

This precise sentiment is one that has not been lost on Murphy, although it did surprise him. Murphy was clearly aware that there would be criticism of the decision to regroup, and in his defence he makes plenty of passive aggressive claims about people who don’t even make music taking potshots at him and believing that “there’s always been a current of o.f.t.g (oh fuck that guy) with me”. It’s moments like these that make you think, really? really James? But aside from these displays of Woody Allen-like neurosis there is a heartfelt concern from the front man that he’s pissed off the fans. Thankfully, his response is to make the new record, “as fucking good as we can possibly make it.” Well, amen to that.

And lest we forget it was the music that led us to them in the first place. LCD Soundsystem accrued many fans in their relatively short lifespan. They managed that rare thing whereby they were critically acclaimed and commercially viable. They maintained the integrity of the underground but spoke to a much larger audience than that might usually allow. They engendered genuinely warm affection but were also a very cool band.

Losing My Edge was LCD’s front-man and leader Murphy’s first ‘hit’, and it came for him at the ripe old age of 32. In rock ‘n’ roll terms this is a fairly late start; usually early twentysomethings burst onto the scene full of piss and vinegar only to burn themselves out before they hit 30. Rather than appropriate this type of behaviour Murphy just told it like it was along to a sparse set of repetitive beats and jagged analogue synths that burrow into your brain and take permanent residence. All of which make his honest lyrical assertion “but I’m losing my edge, to better-looking people with better ideas and more talent. And they’re actually really really nice”, strangely ironic. The late start also means Murphy et al won’t have to face the abhorrent trolling that befalls stars like Kate Bush, when they re-emerge after a period of absence older and god forbid not in exactly the same form as when they were 19. It’s clearly something Murphy is grateful for: “Thank fuck we were never skinny and young. Or at least I wasn’t.”

It was almost like James Murphy planned every inch of the band’s rise to demise with acute precision. You can tell from pretty much every LCD Soundsystem recording that Murphy’s knowledge of music is hugely extensive: so many musical tropes are referenced, but always with a sincere approbation rather than the all too common cynical ironic twist. If Murphy’s cynical about anything it’s himself, as is evidenced in Losing My Edge. He pokes fun at himself, desperately listing his hip record collection to prove he’s still relevant: “But have you seen my records? This Heat, Pere Ubu, Outsiders, Nation Of Ulysses, Mars, The Trojans, The Black Dice, Todd Terry, The Germs, Section 25, Althea & Donna, Sexual Harassment, a-ha, Pere Ubu, Dorothy Ashby, PiL, The Fania All-Stars, The Bar-Kays, the Human League, The Normal, Lou Reed, Scott Walker, Monks, Niagra”… and so on. In anybody else’s hands LCD Soundsystem’s trajectory might feel contrived and orchestrated, but as it stands Murphy’s music has too much heart for LCD to be merely a coldly orchestrated project.

This vast array of musical reference points and influences make LCD’s own sound a hard one to pin down. Over their three long players – LCD Soundsystem, Sound Of Silver and This Is Happening – many musical touchstones are evident including dance music, electronica and good old rock ‘n’ roll. It’s no doubt why they amassed an audience of differing persuasions. They felt like a band that unified a whole bunch of people in an era when musical movements had all but disappeared. Hip hop fans stood alongside art rock aficionados, and funk fanatics rubbed shoulders with electronica enthusiasts.

Their second record, Sound Of Silver, was the one to really solidify their status both critically and commercially. It contained some of their best work, from the compulsive dance rock of North American Scum to the relentlessly euphoric All My Friends. For many it remains the zenith of their collection, and it’s not hard to see why. It’s not too long or too short; it has highs and it has lows; it’s a record you can party to and it has emotional heft. Most of all, it has cracking tunes. In short, it’s a lesson in how to make a great pop record.

They followed Sound Of Silver with what was originally pitched as their last record as a band. And everybody knew it, even if they didn’t quite believe it. The ever self-referential Murphy kind of put the clue in the title, This Is Happening, and wryly included a track called (You Wanted A) Hit. For some it didn’t reach the dizzying heights of Sound Of Silver, but it was still received well and is not without fantastic tracks. The David Bowie-esque All I Want is up there with the best of their music, and Home was a wonderful, gentle way to sign off/dance off.

LCD Soundsystem are by no means an exclusive preserve for the over-30s, but it does feel like it is to that age group whom they speak most deeply. It’s music for people who haven’t given up on popular music and its promises, despite increased responsibilities, young families, mortgages, debts and the generally serious shit that is yet to infringe on younger lives. It’s music for people that have shrugged off the desire to please and impress, but are now more comfortable and confident with who they are and what they like. It’s music for people who despite the advent of the first grey hairs still wish to experience the joy of dancing hard to fractious beats and be moved by poignant compositions. We’re done with the insipid protection of irony and the cold distance it creates. LCD Soundsystem filled our hearts as we raised our arms aloft in appreciation.

Evidently, The Long Goodbye was not long enough. Contrived or organic, Murphy succeeded in leaving us wanting more. If his journey with LCD Soundsystem continued to buck the trend of the preconceived rock ‘n’ roll narrative it might have truly finished with the inexplicably cool sign off that that Madison Square Garden gig was. But, in light of recent losses, not least Bowie, it would be more than churlish to reject new LCD Soundsystem material and live dates on account of feeling slightly disgruntled over some bullshit notion of authenticity. Unlike Bowie’s beautifully realised final release, LCD’s resurgence is a messy addition to an otherwise flawless story. Not everyone can be a Starman, some have to be slightly thicker set, unshaven, regular folk that change their minds from time to time, it doesn’t mean they can’t also be Someone Great. Murphy is, LCD Soundsystem was, and could well be so again.