Spotlight: LCD Soundsystem – Shut Up And Play The Hits 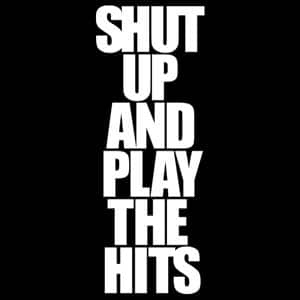 Closure. It’s one of those very American words that’s snuck into the English lexicon of late. We all need closure, otherwise we’re doomed to hark back to better days, to yearn for reunions and revivals and make it impossible to move on. Without closure, we become prisoners to nostalgia.

Shut Up And Play The Hits is, amongst other things, an ode to closure. This beautifully filmed portrait of the final days of LCD Soundsystem is celebratory, poignant, funny and sad but most of all it represents a full stop. That air of finality hangs heavy over the documentary, even from the opening scenes of fans filing out of Madison Square Garden after the gig to the soundtrack of distorted feedback. And while we never quite get under the skin of James Murphy, what sticks in the mind after viewing is the sight of his bewildered, hungover frame pottering around his New York apartment the morning after the gig, slowly coming to terms with a post-LCD lifestyle.

Part concert film, part personal profile, part wake, Shut Up And Play The Hits is possibly the most beautifully shot ‘rockumentary’ since Talking Heads’ Stop Making Sense. The concert footage is nothing short of staggering, thanks to directors Will Lovelace and Dylan Southern’s inspired choice of using 11 separate camera operators (including Being John Malkovich director Spike Jonze) dotted around Madison Square Garden – the effect is to immerse the viewer in the gig, to place us right there in the front row.

The concert footage is framed by Lovelace and Southern trailing Murphy both on the day of the gig (being interviewed by writer Chuck Klosterman) and the day afterwards as he slowly readjusts to ‘normal’ life. The interview footage is intriguing, with the camera focusing on Murphy’sunkempt, bear-like face, looking absolutely exhausted. At one point, Klosterman asks what he considers LCD Soundsystem’s biggest failure to be. After an enormous pause, Murphy says, with the air of a man who’s only just considered the issue, “…maybe ending it all now”.

The music is, of course, extraordinary. It may not be the full four hour extravaganza (that will be included as an extra on the DVD release), but Dance Yrself Clean, a joyous All My Friends (with the memorable sight of thousands of people bouncing up and down in unison), an incendiary cover of Nilsson’s Jump Into The Fire and a goosebump-inducing Us V Them (shot from the vantage point of the audience in front of a dancing couple) all sound incredibly life-affirming. There’s also an appearance from Arcade Fire – who give the film its title during a long, rambling introduction from Murphy – and eagle-eyed viewers may even spot comedians Donald Glover and Aziz Ansari dancing like madmen in the crowd.

The camerawork also beautifully captures the interplay between the band – the little looks and smiles between Murphy, Nancy Whang and Hot Chip‘s Al Doyle demonstrate the camaraderie and friendship of a band that’s been touring together for nine years. It’s moments like that which are all the more touching as the reality that this will be the last time they’ll be playing again slowly hits home.

Yet the film works equally well as a portrait of a middle-aged man who’s unsure how to handle fame, and unsure whether he should walk away from it. In the interview with Klosterman, Murphy is adamant that he’s breaking up the band as he doesn’t want to be famous, he wants to ride the subway, make coffee and walk his dog (who steals several scenes here) like a normal person. However, the day afterwards, regret is etched all over his face, as he wanders around Brooklyn, visits his empty office, chats to his manager, the laconic Englishman Keith Wood, ending up in a warehouse full of his band’s equipment boxed up and ready for sale. As he contemplates the last nine years of his life laid bare, he lets out a sob, and it’s the first (and possibly only) time we connect with Murphy the man, rather than the performer.

It ends in a celebratory yet poignant mood, with hundreds of white balloons falling from the ceiling as the band’s final song New York I Love You But You’re Bringing Me Down plays. There are snapshots of the band, clips of the audience (including, in what’s bound to become an internet meme, one young man constantly sobbing), and Murphy and the rest of the band hugging and looking wistful. It’s a fitting end to one of the best music films of the last decade, and a fine tribute to an extraordinary band.

LCD Soundsystem’s Shut Up And Play The Hits is in UK cinemas from 4 September 2012.