Heavy metal was pushed into the mainstream in 1991 by one of the greatest albums of all time. Its impact on metal, rock and even pop music shouldn’t be underestimated 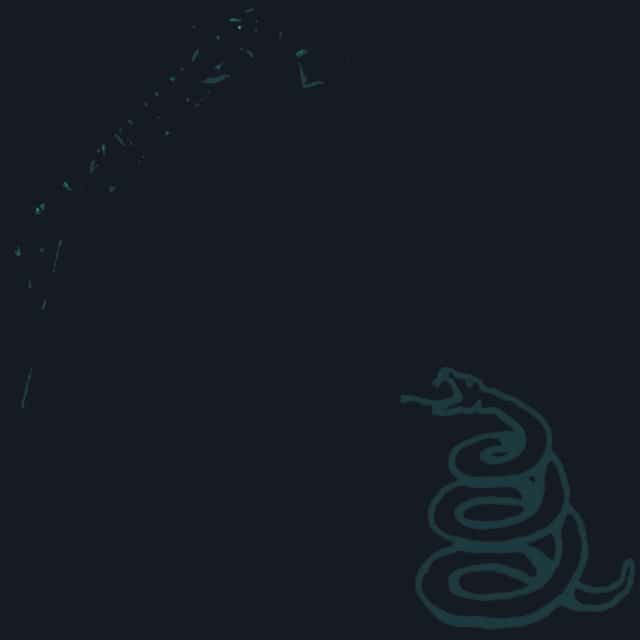 This year is the 30th anniversary of Metallica’s self-titled album (known as The Black Album), and to celebrate that milestone, the band have released the album in remastered form, and in various formats (3CD, cassette, 2LP and ‘super deluxe’), and they’ve also commissioned a charity album – The Blacklist – to go alongside it. The Blacklist is a collection of covers from over 50 artists, who got to choose any song from the 12 on the original album to cover in whatever way they saw fit. We’ll get into that later.

On 12 August 1991, 364 days after the first demo tracks were recorded, Metallica released their fifth, self-titled album, and became worldwide superstars practically overnight. Before then, they’d been incredibly successful within the heavy metal community, coming all the way from rough and ragged thrash pioneers in early ’80s Bay Area scene to progressive, genuine virtuoso players on the Master Of Puppets and …And Justice For All albums.

By 1988, the year that …And Justice For All was released, the band had booked a five-leg, 219-date tour called Damaged Justice that pushed their sound in its original form about as far as it could go. Despite his notable absence from the mix on … Justice, new bassist Jason Newsted was finding himself embedded more deeply in Metallica’s sound with each passing leg, and the rest of the band – singer and rhythm guitarist James Hetfield, lead guitarist Kirk Hammett (who replaced Dave Mustaine, now of Megadeth, in the early days of the band), and drummer/founder Lars Ulrich – were gradually allowing him to find his feet in the group. Newsted’s induction – he replaced Cliff Burton, the band’s totemic, iconic bassist, after his death in 1987 – was a tough one, but in toughing it out and brushing off hazing tactics, he found himself as an equal by the time the next record rolled around.

The Damaged Justice tour did more for the band than just bring Newsted fully into the fold, too. Throughout each of the five legs, the band found themselves closing the show with early favourite Whiplash, but preceding it with three songs from their earliest inspirations – Last Caress by The Misfits, Am I Evil? by Diamond Head, and Breadfan by Budgie. While these three tunes had inspired the band to push into increasingly aggressive and demented songwriting in the early days, when placed next to their six, seven or eight minute prog-thrash epics, they served as reminders of just how far Metallica had come from the source. The Black Album would change all of that, with the band opting for its simplest, most rhythmically concise songs to date, played (and sung) with finesse and control at the forefront of their plans.

Before 1990, when the demos for the Black Album were put together, the band had either relied on James, Lars, or ex-guitarist Dave Mustaine’s song ideas when putting albums together. By the time they hit the studio to record the album proper, Hammett had contributed songwriting ideas to four tracks, and Newsted found his songwriting credited on one – proving that while progress was slow, the band were ready to adapt to new frontiers. The first of Hammett’s contributions is Metallica’s most famous album opener – Enter Sandman (half a billion YouTube views, over a million sales, 13 trillion plays on rock radio).

Enter Sandman, as well as being Metallica’s most popular, most famous song, is the song that many fans of the band’s early sound use as being indicative of their gradual decline in quality. As is always the case with metal fans, the more accessible and popular bands get, the less ‘true’ they’re seen to be (unless you’re Iron Maiden). Qualitative and quantitative judgments aside, Enter Sandman was the first clue that the band had entirely stripped their sound back to its most simple, most basic elements. If the songs on …And Justice For All were intricate contraptions like sub-machine guns, then the elemental riffage makes Enter Sandman come across like a sledgehammer. A very expensive, very catchy sledgehammer.

From there on out, the album becomes a procession of hits, deep cuts, fan favourites, and ballads. Oh, the ballads. Having previously hinted at their potential as rock balladeers by using restrained dynamics and more thoughtful melodies on tracks like One, and especially Fade To Black, the band fully committed to the process on The Black Album and included two of the greatest, and most recognisable, heavy rock ballads ever written – The Unforgiven and Nothing Else Matters. 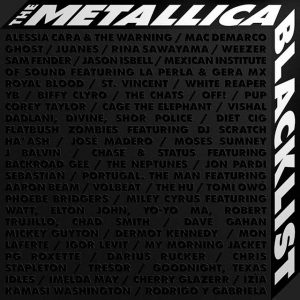 The former, which again features a Hammett co-writing credit, took inspiration from the 1960 cowboy movie of the same name, and features some new, exciting features for a Metallica song – from its Ennio Morricone inspired melody and instrumental phrasing, to its sensitive and poetic lyrics, to its genuinely pop-radio-friendly chorus. It spawned two sequel songs over the years (Unforgiven 2 is actually another wonderful song), and countless country-metal hybrid ballads. It currently has over 350,000,000 views on YouTube too.

Nothing Else Matters (a billion YouTube views!) is not only one of Metallica’s best songs, but a genuine candidate for best song of the ’90s. Its plainly-spoken lyrics, which deal with heartbreak and existential despair within the framing of a titanic power ballad, are a touching sentimental and emotional high point for the band. Ulrich’s thunderous drumming (given extra power throughout the album by Bob Rock’s incredible production) and Michael Kamen’s tension-building orchestral passages eventually give way to a rare Hetfield guitar solo, which is, genuinely, one of the most cathartic explosions of feeling and sound in all of heavy metal.

Though the rest of the album is comprised of fantastic material, Sad But True and Wherever I May Roam stand out for their sheer brilliance. Both are heavy-heavy, but rather than go for the relentless, breathless approach of their earlier work, they’re notable for their slower pacing and ominous instrumentation. For the first time in their careers, the band skirted close to the original late ’60s school of metal with these cuts – especially Sad But True, which almost (say it quietly) grooves like early Black Sabbath. Wherever I May Roam finds its roots in Led Zeppelin’s clumsy orientalism, but draws power from its lyrics of life, liberty and wanderlust. The true American dream.

The other tracks – Holier Than Thou, Don’t Tread on Me, Through The Never, Of Wolf And Man, The God That Failed, My Friend Of Misery and The Struggle Within – are all top-notch metal workouts. Through The Never harks back to their earliest work with its chainsaw riffing and breakneck pace. Of Wolf And Man (a connoisseur’s choice) and Don’t Tread On Me showcase the evolution in dynamic control that the band underwent in the run up to the album, where The God That Failed shows Hetfield’s lyrics at their most potent – these are the words of an angry, disillusioned son coming to terms with his mother’s death from cancer, after she refused treatment due to her Christian Science beliefs. Metallica’s songs had never been this personal or this honest before.

It’s with this in mind that you should approach the mammoth tracklist of the accompanying boxset, The Metallica Blacklist. The proceeds from the album are split evenly between Metallica’s All Within My Hands charity, and the charities chosen by the performers on the record. So the lesser known acts, and the more famous, all have equal billing when it comes to the donations made in their name.

The premise is simple – 50-odd acts were asked to choose their favourite song from The Black Album, record it, and Metallica would include it. Some songs – Of Wolf And Man, The Struggle Within – appear once, The God That Failed twice, and My Friend Of Misery thrice, while Nothing Else Matters has 13 different takes.

The material contained in The Blacklist is, obviously, patchy and uneven – the very antithesis of the album from which the songs came. Better versions, such as Kamasi Washington’s My Friend of Misery and St Vincent’s Sad But True, sound out of place next to J Balvin’s awkward Wherever I May Roam and Volbeat’s studious Don’t Tread On Me. Of all the versions of Nothing Else Matters, Dave Gahan’s sticks out as one of the better efforts, as does Chris Stapleton’s. Then again, you might find that the Phoebe Bridgers version, or Miley Cyrus’ star-packed effort (Elton John!), are more to your taste. Overall, it’s a good collection for a noble cause, but its release somewhat dims the overall impact of the reissue of the original album. When one of the greatest albums of all time – because that’s what it is, and should finally be acknowledged as – gets the deluxe reissue treatment, it and it alone should be the focus of the release schedule.

How one of the highest-selling records of all time can be underrated is somewhat surprising, but it is definitely the case with The Black Album. Metallica fans generally prefer the albums that came before it, and nobody would ever admit thinking that it’s the best heavy metal album ever made, but its impact on metal, rock and even pop music shouldn’t be underestimated. Metallica pushed real, true heavy metal into the mainstream in 1991, and it hasn’t ever looked back. Their success allowed for bands like Pantera to top the albums charts, and for Slipknot to embark on arena tours, and for Black Sabbath themselves to make a comeback at the tail end of the ’90s, when even their own fans had abandoned them. Without Metallica – the band but especially the album – the ’90s is a completely different decade in the world of popular music, and the world in general is a completely different place as a result.

Metallica’s The Black Album 30th Anniverary Edition and The Metallica Blacklist are out now through UMC. Tour dates and further information can be found at metallica.com