Co-founder of Neu! and Harmonia and an early member of Kraftwerk, the German experimentalist shines a light on his solo work with a second box set, and unveils a standalone new album, Dreaming 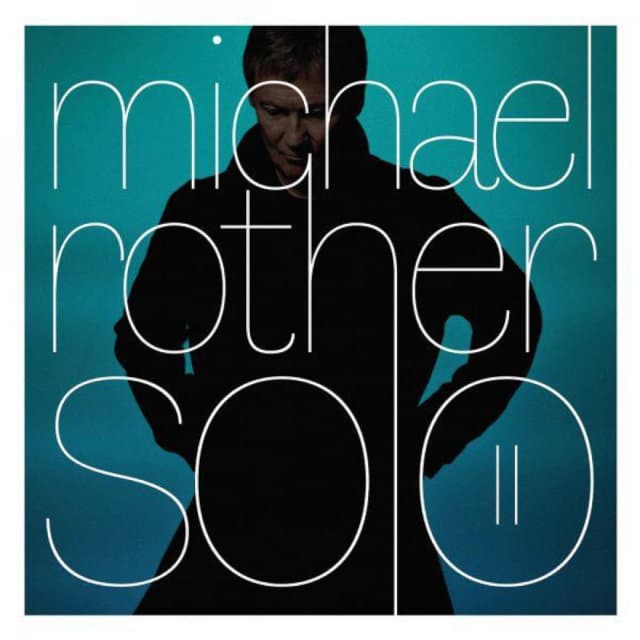 Michael Rother isn’t a household name, but his influence on popular music – especially electronic, progressive and experimental rock – is incalculable. He was a member of three of the most important, revolutionary German bands of the 1970s, namely Kraftwerk, Neu! and Harmonia. His singular musical voice became, via osmosis, an integral part of the fabric of what David Bowie and Brian Eno were up to when they were revolutionising what we think of as ‘rock’ music in the mid-to-late ’70s – put simply, Another Green World, Low, Heroes and everything made in their wake would not exist without his radical experimentalism.

Arguably his most influential performance, on Hallogallo, the opening track on the first Neu! album, laid the foundation for his career in many ways, with the majority of his career spent tinkering with, refining and playing with the ‘motorik’ rhythm he and Neu! bandmate Klaus Dinger pioneered all the way back in 1972.

After releasing the first of his career boxsets, Solo, in 2019, now comes a second volume, the imaginatively-titled Solo II. While the first box covered his most-loved albums Flammende Herzen (Burning Heart, released in 1977), Sterntaler (Star Valleys, released in 1978), Katzenmusik (Cat Music, released in 1979) and Fernwärme (District Heating, released in 1982), this second set covers his work from then until now.

What’s important to note is that while the first box featured a legendary drummer and a legendary producer on most of the cuts – Jaki Liebezeit of Can, and legendary producer Conny Plank (Kraftwerk, Can, Cluster, Eurythmics, Neu!, Ultravox, Scorpions, Killing Joke, &c.) – this box has Rother going it alone for the most part. The second most important thing to note is the fading influence of his electric guitar, and the increasing reliance on electronics.

The first album in the box, Lust, is a relatively straightforward synthpop record, that abandons much of the relentless motion that marked his earlier work. Palmengarten (Palm Tree Garden), Primadonna, Dynamotron and Cascadia are all wonderful – if slightly disposable – cuts that radiate warmth, and invite comparisons to many of the bands that Rother would have been an influence on, from OMD to Erasure. All things considered, it’s a pleasurable listen.

1985’s Süßherz und Tiefenschärfe (which has a weird English translation amounting to Sweetheart and Depth of Field/Focus), is much better. Each of the original six tracks complement each other, and amount to a considerable, powerful, ambient-focused record. Stylistically, it evokes the very earliest ambient sounds first pioneered by his peers in Kraftwerk and Cluster, with softness and subtlety favoured over motion and momentum.

In the gap between that record and the next, 1987’s Traumreisen (Dream Trips), a resurrected Neu! tried (and failed) to release their fourth studio album, before the band splintered in acrimony, with the resulting studio sessions only seeing the light of day some years later. Traumreisen itself is a passable, if a little insipid, collection that features only two tracks worth returning to – the monstrous rock of Lucky Stars and the beautiful darkness of Schwarze Augen (Black Eyes).

Jumping forward a decade, 1996’s Esperanza features Rother in dance mode, with each of the 17 (!) tracks featuring heavily synthesized rhythms and odd electronic frequencies. Of all of the discs in either of the boxes, this is the album that feels like Rother stepping out of his comfort zone. There’s trip hop, industrial and dub soundscapes, and each of them is crafted with deliberate intensity.

The final three discs – 2004’s Remember (The Great Adventure), this year’s lockdown-originated Dreaming and a disc of bonus tracks from the late ’80s and early ’90s – offer few highlights, but the best tracks house some wonderful moments: Silencio and The Doppelgänger from Bonustracks are two of the strongest tracks on the whole set.

While this is obviously a collection for diehards, there’s a lot to enjoy here for fans looking for something a little unusual, something out of the ordinary. The set is also reasonably priced in both CD and vinyl versions, which adds to the appeal (this also led to the first box completely selling out in CD format, and no reissue appears to be incoming). While not an essential release, it’s stuffed with magic moments. This is a box set to live with, to cherish, to explore.

Michael Rother’s Solo II box set is out now through Groenland, with the standalone new album Dreamland out on 20 November 2020. More information at michaelrother.de