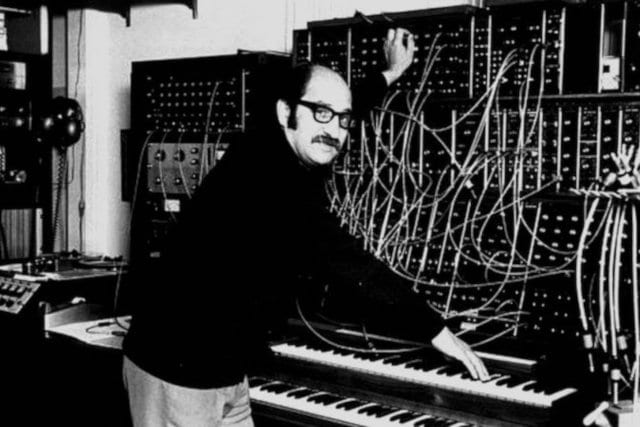 Despite a career in film and television spanning five decades, collaborating with Stevie Wonder, Doris Day and Cliff Richard and having his songs covered by James Brown, The Carpenters, kd lang and Amy Winehouse amongst many others, the work of the late Canadian auteur Mort Garson was, for the longest time, only truly appreciated by vinyl junkies such as DJ Shadow, and retro futurist groups such as Stereolab, Add N to X and Broadcast. 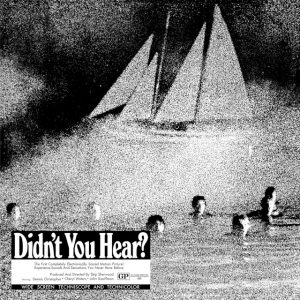 When Josh Davis, AKA DJ Shadow, was putting together his seminal Endtroducing, he’d delve through record store bargain bins, thrift stores and house clearances in search of the Holy Grail of samples. Picking content based on outlandish cover art or interesting song titles, he created a musical patchwork built around his affection for ’80s hip-hop, sci-fi B movies, comedy and ‘library’ records.

One such find was Garson’s Cancer LP, one of a series credited to the fictional band Signs Of The Zodiac, highlighting the attributes of the various star signs. Here was a kitsch mix of astrology and spacey synths, sections of which he would ultimately use on the track Building Steam With A Grain Of Salt.

“His most successful record, 1973’s Mother Earth’s Plantasia, was originally distributed freely to visitors buying houseplants from the titular flower shop or randomly at a local mattress store upon proof of purchase”

Back then in the mid ’90s it was no doubt selected for its campy sound and corny mysticism, a sneering postmodern assessment of the dated ‘New Age’ Californian permaculture. However, as time has passed, and people have done more collective soul searching, what once felt passé, again feels sincere and forward thinking. In light of this appreciation, Sacred Bones are reissuing a quartet of albums, which had previously been available only to the most diligent of vinyl aficionados, which showcase the synth pioneer’s idiosyncratic style.

A question arises over Garson’s confidence in the music and his reputation. Happy to be credited when his work featured on prestigious events such as transmissions of the Apollo 11 moon landing, he adopted fake names for these more challenging experimental works. Garson spent a lifetime melding baroque exotica with watery synth squeaks and galactic drones, often on releases that escaped the public consciousness. That’s partly due to the manner in which the records were made available. His most successful record, 1973’s Mother Earth’s Plantasia, was originally distributed freely to visitors buying houseplants from the titular flower shop or randomly at a local mattress store upon proof of purchase. In a similar vein, his erotic collage Music For Sensuous Lovers was passed only to chosen friends. Listening to these four remastered efforts, Garson’s uncertainty about the validity or palatability seems unfounded. 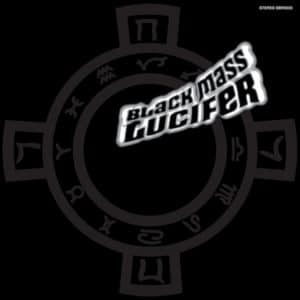 Released in 1970, and making full use of the recently released Moog keyboard, the album Didn’t You Hear? was conceived as the soundtrack to a film by experimental director Skip Sherwood, centred on a disenfranchised student, played by a youthful Gary Busey, who escapes the stresses of his life by fantasising about life aboard a sailing boat. Only available at screenings of the mondo movie in Seattle cinemas upon release, it’s very much a document of the time, whereby upon repeated listens to the record, the whimsical aspects soon begin to reveal an ominous undercurrent.

California, and Hollywood in particular, had long held a fascination with the occult and esoteric living, and by the end of the ’60s it had reached its cultural peak. Communes sprung up across the state with kids adopting vegetarianism and free love, whilst camp icon Jayne Mansfield joined the Church Of Satan. Onscreen, underground hero Kenneth Anger was filming homoerotic odes to black magic and the nation found itself shocked by the brutality of the Manson murders, karmic retaliation for the new permissive society and the summoning of witches in Roman Polanski’s recent Rosemary’s Baby. 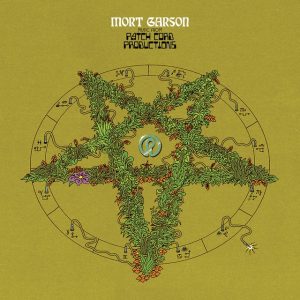 That unease began to manifest in the work of even the most mainstream of composers. Fellow electronic composer Bruce Haack had put out an album, filled with bouncy vocoders and modular dervishes, entitled The Electric Lucifer in 1970. That same year, here in the UK, Delia Derbyshire from the BBC Radiophonic Workshop got together with some engineer friends on her downtime from scoring Doctor Who and released a concept album as White Noise, a ritualistic experiment in witchcraft that culminated with the intense and unforgettably creepy Black Mass.

Stealing that song’s title to use as another pseudonym, Garson rode the zeitgeist and released the instrumental Lucifer a year later. With titles such as Exorcism, Witch Trial and ESP, the album is a simmering cauldron of impatient electronics and kooky soundscapes. More used to soundtracking popular television programmes, the record comes over as playful rather than threatening and aligns more with the Technicolor camp of the Hammer films and colourful hysteria of Dario Argento than, say, the folk unease found in contemporary bands such as Comus and The Incredible String Band. 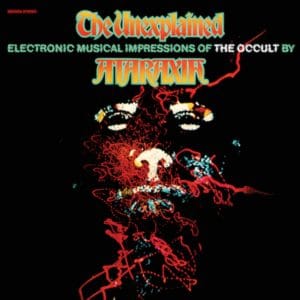 Continuing to explore the darker side of the counterculture alongside his profitable cinema works, in 1975 using the alias Ataraxia, he released The Unexplained. Filled with exciting tracks such as I Ching, Tarot, Séance & Astral Projection, it’s a lot more energetic on the whole than his past efforts, retaining the succinct atmospheric punch you come to expect from ‘library’ music, but with a smattering of sleazy disco. Lastly, there’s Music From Patchcord Productions, which, as its name implies, is a superlative odds and sods collection from the production company Garson founded. Comprised of advertising jingles, B movie themes, erotic soundtracks and synth experiments, it’s a greatest hits selection for those wanting to explore his oeuvre a little more, but unsure where to begin.

Garson’s sound is clearly demarcated by a conflicting sense of duality, caught in the space between the sinister temptation to surrender oneself to the possibilities and dangers of modern technology and the utopian promise of returning to an agrarian lifestyle centred around ecology, mythology and self awareness. With these wonderfully eccentric albums finally getting a general release over a decade after his death, hopefully more listeners will get initiated into the cult of Mort.