My Bloody Valentine: Loveless / Isn’t Anything / EPs and Rarities 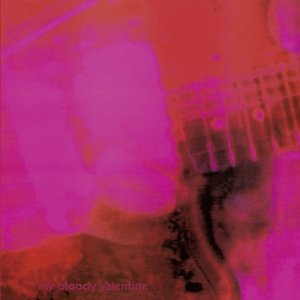 My Bloody Valentine are like The Grail in Indiana Jones And The Last Crusade. They can be the source of ultimate power or render you nought but a pile of bones and ashes. At their Roundhouse shows in 2008, some fools tried to touch The Grail directly, refusing the offer of ear defenders to stand unprotected during the sonic holocaust section of You Made Me Realise. The tinnitus theyre buzzing with now is what you get from making the wrong choice with MBV. They brook very little compromise.

The Grail analogy works for the idea of new music from Kevin Shields it now almost seems like a mythical idea. He has teased and danced around the issue for years. Back in 2009, Shields hinted that a new album of MBV material would emerge that year. Were still waiting. In 2008, he told the New York Times: I realised that all that stuff I was doing in 1996 and 1997 was a lot better than I thought.

We will have to see. But in the meantime, the classic MBV catalogue has been pulled out of the cave again and it feels new after Shields turned his perfectionist eye to them and remastered the songs from the original analogue tapes. Its a lush treasure trove of noise, with Loveless reupped as a two-disc set, with another remastering to pick over as well as the new take on the tunes.

As well as Isnt Anything and Loveless in new boots and panties, the EPs, Feed Me With Your Kiss, You Made Me Realise, Glider and Tremolo, get a new house alongside seven rare and unreleased songs as EPs 19881991. For anyone who has been mesmerised by the power, beauty and oddness of MBV, its yet another opportunity to get obsessed. And what are fans but condensed fanatics?

MBV has a history that stretches back beyond You Made Me Realise, but its not one Shields feels all that keen to acknowledge. The Creation years are the bands imperial period, so EPs like Ecstasy (once reviewed as the sound of a group who appeared to have run out of money half way through recording) get short shrift. Thats understandable when you fire up EPs 1998-1991. Its the sound of sweet sedation, like being serenaded by angels as you come out from under a general anaesthetic.

Songs like Angel, Cigarette In Your Bed and Glider come at you so woozily that deciphering lyrics beneath the guitar squall is hard. They make you strain at the beauty. The voices are instruments under the command of the guitar and the solid kick of the drums, a part of the MBV template that get less credit than they deserve. Angel, How Do You Do It and Good For You are the unreleased tracks on the compilation but they fit so snugly into the sound that it feels as if theyre just old friends with new clothes.

Isnt Anything is a sex record. Its a sex record thats about the real feelings of fucking. Theres sloppiness there and ecstasy and dirty joy. Its the wooziness of early morning collisions and late night indiscretions. Soft As Snow (But Warm Inside) is dirty in a sly way that would make Marvin Gaye doff his knitted cap. Its understandable that so many critics have got wrapped up in sonic cathedral verb wanking when talking about MBV; Isnt Anything sort of dares you to do that. But the music cannot be adequately described on paper. It is a physical thing, like the way ribs shuddered and organs flip-flopped during those Roundhouse gigs.

Loveless demands more from the listener than Isnt Anything. Its more suffocating, like diving into a deep pool and feeling the water pressure trying to crush you. Blown A Wish sounds like the voices inside HALs malfunctioning computer circuits would sound. The drum machines and oscillating guitars of Soon are so detailed and delicious you could pick at them forever finding endless new details in the smallest of moments. Its hard to say which, with the benefit of history, is the better album. Loveless gets more critical kisses but Isnt Anything is easily its equal.

Each and every song on these remasters has something beautiful to give. Get them. Without them, your collection is missing something vital. Shields has revived these slumbering beasts and made them sound louder, clearer and more shimmering. That can only ever be a good thing. New music now please, Kev.

My Bloody Valentine’s reissues albums Loveless, Isn’t Anything and EPs and Rarities are out now through Sony.