With a Definitive Edition of their 1983 opus released, Graeme Marsh examines one of the best albums of the ’80s in a new light 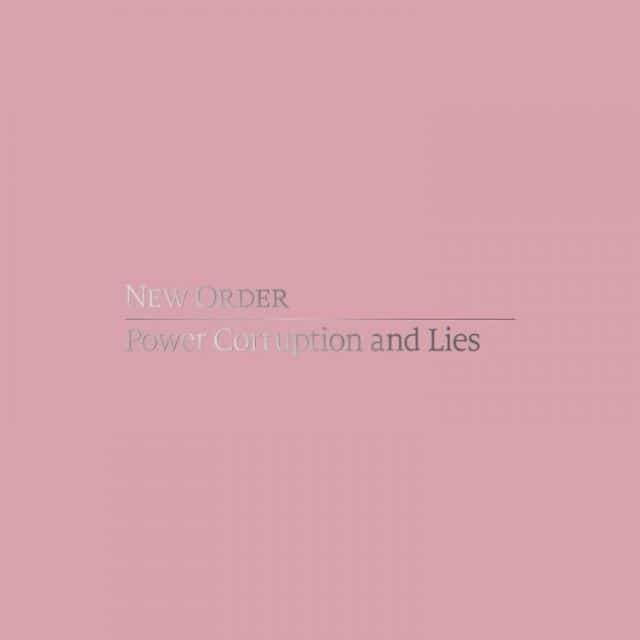 It was 18 May 1980 when Ian Curtis committed suicide at the age of just 23. Unapparent at the time, this would become a pivotal moment in UK music history, with countless legions subsequently inspired and influenced by Joy Division and its enigmatic leader. The band would attain legendary status in the following decades with Unknown Pleasures and Closer both now staples in any decent album collection. But what now the remaining members Bernard Sumner, Peter Hook and Stephen Morris, with the man perceived to be their driving force gone? Faced with both grief and bewilderment, the immediate question was, simply, do they continue as Joy Division, come up with a new direction, or call it a day completely?

Just a few months after Curtis’ death, the decision was made and New Order were born, with Gillian Gilbert soon brought in to support a new synth-based core. But Movement, their first album in their new guise – and given the Definitive Edition treatment back in 2018 – was far from representative of the band they were to become. Distinctly caught up in a transformation zone between the two bands, it sounds with the benefit of hindsight hardly like a New Order album at all, more like a Joy Division supplement, with keyboards largely held in check. Joy Division had of course already started to incorporate synths into their sound, having been Kraftwerk fans, but at first, New Order retained the raw dynamism that drove their earlier guise for Movement without introducing a huge electronic presence.

After a trip to America and becoming intrigued with US club culture and the electronic possibilities it revealed, they then, through the Factory Records label headed by Tony Wilson, indirectly helped finance a new Manchester club, the Hacienda. This all happened in 1982 during a time when New Romantics, synth-pop and post-punk bands were still emerging, but New Order saw a different way forward for themselves that encompassed both their raw, Joy Division past and also one that utilised the diversity that electronica offered. Once Movement producer Martin Hannett’s involvement ended, the band’s self-production stance transformed them from their past into what would recognisably become their New Order shell.

It was a revelation. Synths were shoved to the forefront, complementing Hook’s soon to be iconic bass lines. It was an instrument he’d only taken up when hearing from Sumner that the instrument had four strings to master as opposed to six. Blended with Sumner’s uncanny ability to churn out perfect yet far from dominating guitar hooks, Morris’ phenomenal percussive abilities alongside additional programmed beats, and a growing electronica presence that wasn’t limited to just Gilbert’s keyboards, this was a new direction that thrilled. 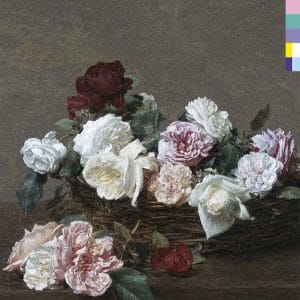 Power, Corruption and Lies was released in 1983 to great critical acclaim. Non-album tracks Everything’s Gone Green, Murder, Temptation and Blue Monday were also released around this time; Hook has gone on record to state this releasing plan was a continuation to the belief that Joy Division held (regarding both Love Will Tear Us Apart and Transmission) in that singles included on albums represented, to them, the feeling of leaving fans short-changed.

“Maybe we missed out,” Hook has mused since. But this ethos was admirable despite robbing albums of classic tracks that would have subsequently gone on to help them reach a higher level, Blue Monday in particular being one of – if not the – most iconic song to emerge from the entire decade. Yet the album itself contained enough to justify the universal approval, as well as providing a perfect way of moving on from Movement, encompassing the new direction superbly.

Age Of Consent is one of the best tracks New Order have ever released, and its placement as opener ensures the album begins in style as the new mix of ingredients all play their part to produce a future, go-to New Order classic. The Village is another band-defining moment that marks the change of direction with all parts blending together equally to show the importance of each, but elsewhere individual elements prove their worth in a more isolated way. 586 sees an opening that sounds like kids experimenting with new found toys before developing into another classic moment, whilst Your Silent Face represents the furthest departure from the Joy Division formula here, its gorgeous synth melodies taking over alongside processed beats and Hook’s bass. Ecstasy then delves into vocal effects whilst closer Leave Me Alone takes guitar, bass and percussion in a new direction without becoming synth-drenched. Ultraviolence, however, retains the raw, edgy Joy Division sound for a fleeting look back over the shoulder for the most obvious transitional song here.

Whenever a ‘definitive’ edition gets released, its necessity should always be questioned, and in the case of Power, Corruption and Lies even more so following the release of a Collector’s Edition in 2008. Therefore, what you get here needs to be closely scrutinised, especially considering the hefty price tag, but including both a remastered CD and 180g vinyl of the album is a good start. More interestingly, an 18-track collection is included that houses writing sessions, Peel Sessions and other instrumental versions. Of these, though, the writing sessions largely sound raw and unfinished with muffled recordingsl, and their basic nature leaving you wondering why they bothered releasing them at all; these are all work-in-progress instrumentals, so you start to wonder if this is just a milking exercise.

However, at a time when John Peel’s Sessions were in themselves becoming an essential, classic part of the late 1970s and early 1980s, their inclusion is much more appealing: the tracks here also serve as an excellent introduction to the show’s attraction, where a band’s rawness was harnessed for an audience that wanted more than what Top Of The Pops and Radio 1’s Sunday afternoon chart countdown could offer with their mainstream direction, The Old Grey Whistle Test being the only other comparable show with a prominent presence around the time that delved deeper. Elsewhere, the shorter clips included do little to enhance the package, although the inclusion of three Blue Monday versions – plus the 22-minute Video 586 that provided elements to Blue Monday, 586 and Ultraviolence – gives a fascinating insight into the process of a song in its early guise through to something far closer to the finished version we all know.

Perhaps the real cream here is the inclusion of two DVDs. An abundance of live performances are featured, including two Hacienda shows as well as unmissable documentaries and a smattering of other TV appearances including that infamous live Blue Monday performance on Top Of The Pops from 1983 where they failed to do the song justice (see video, above), a decision that temporarily halted its charge. Admittedly a mistake, this gets a mention in a superb 48-page hardback book – another plus point – where rare photographs appear along with some telling quotes from all band members that shed light on that difficult post-Joy Division period, with Morris perhaps best summing things up: “It was us trying to do something that wasn’t tied to Ian,” he states, before adding, “it’s where New Order started”.

This isn’t quite as definitive a collection as you could get with the four non-album 12” singles having been remastered and re-released as well, but disappointingly not as part of the box set. Even so, the album is a must-have for New Order fans, becoming the first in a succession of classic albums representing their greatest period, from 1983 to 1989, when other essential albums Low-Life (1985), Brotherhood (1986) and the Ibiza-influenced Technique (1989) were all released. Power, Corruption and Lies holds its own amongst this company, and is also now regarded as one of the best albums of the 1980s, full stop. If you don’t already own it, you now have another chance to do so, and in a new light.

New Order’s Power, Corruption and Lies (Definitive Edition) is out now through Rhino. Tour dates and further information can be found here.