One For Keeps: New Order – Technique

by Laurence Green
published: 9 May 2012 in One For Keeps, Spotlights
Tweet 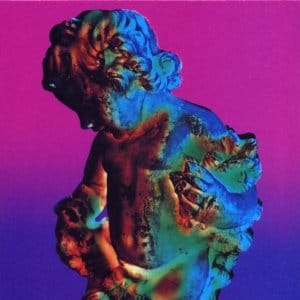 One For Keeps is a new features series in which musicOMH writers wax lyrical on albums they’d just not be able to cope without. Laurence Green here makes the case for an album made by a band at the top of their game…

Its hard to imagine a world where New Order‘s Technique doesn’t exist. And as such, its equally hard to find a mainstream dance-pop track these days that doesnt owe at least some small part of itself to the various trace elements born in Technique’s swirling cauldron of synth magic. Never has there been a greater statement of new intent than the dripping citrus-starburst acid house of Fine Time that kicks the album off with a deliriously tongue in cheek bang. Between the stabbing drum machine, Pandora’s box of electronic effects and Bernard Sumner’s perve-tastic growls of “Youre much too young…” Fine Time feels like you’ve rammed ecstasy straight into your eyeballs, and bathes magnificently in its own sense of inflated indulgence.

Like some leering poolside onlooker of grossly overstated masculinity, Fine Time reformats and reboots the New Order sonic template into a mind-blowing transitory period that is distinctly not of the ’80s, or the ’90s. Technique sounds like neither decade, but exists in its own unique space, feeding from the former and giving life to the latter. Like some digitally programmed synth-pop midwife, Technique’s ascension to the top spot in the UK album charts New Order’s first album to do so didn’t just affirm the band’s place in the mainstream, but also acted as a kind of welcoming usher for all the imminent wonders of the UKs flourishing rave-scene and second summer of love that were to soon sweep the country.

Then there’s the unbridled pop perfection of All The Way, in which the band channel the spirit of The Cure‘s Just Like Heaven into a glorious, soaring anthem of a track that seems to kiss the sky with its flippant optimism and individualistic manifesto: “I dont give a damn about what all those people say.” In songs like these, New Order spoke to the masses, and were affirmed by the resulting chart success. Now they weren’t just the quirky leftovers of Ian Curtis legacy, but a genuine part of the British identity in their own right. Technique was the album where they finally shook off the ghost of Joy Division in its entirety and every aspect of the New Order sound rang at its cleanest and truest.

Even Run in many ways the odd track out on the record sounds utterly triumphant, boasting one of the band’s greatest guitar solos, one of those life affirming moments of sheer musical transcendence where you’re lifted out of the hum-drum of the real to a world that exists only between your inner thoughts and the input of this, your favourite album. In that trippy melding of a Balearic dream-state and the gritty realisms of a nation coming to the end of a long era of Thatcherism, Technique contained all the sins of a pretentious decade with the hopes of what the next might bring.

And then there’s the album cover, in many ways so brilliantly simple, yet so utterly representative of the cornucopia of sound evident on the record itself. That cherubic, Grecian figure, turning out of the shadow and into an intoxicating medley of colour and brightness, like oil spilled across the limits of the Mediterranean sea-spray. When I first heard the album, it was like a literal rebirth, a door opening in the mind and all the limitless potentials of music re-made. To pick a favourite is nigh on impossible, every play-through offers its own candidate depending on the unique state of emotion and circumstance that the listener is inhabiting at the time. But if there was one track that seems, within its four minutes, to neatly sum up every other part of Technique, for me, it’d be Mr Disco. There’s that bit, precisely one minute and 10 seconds in where the song explodes into a cacophony of synthesized orchestral hits the sheer unbridled rave elasticity of the whole thing is like a LSD bullet through the gut. In all those gorgeously rubberised electronics is that sense of ultra-commercialised aestheticism the band would revisit on the package holiday cover of 1993’s Republic and the white goods feel of 2005s Waiting For The Siren’s Call.

The album’s sublimely ecstatic closer Dream Attack offers a subtly moving parting shot of why Technique speaks to the emotions with such clarity – Sumner’s lyrics underscoring the smoothly plasticised synth-string rhythms to speak with understated elegance: “I don’t belong to no-one, but I want to be with you / I can’t be owned by no-one, what am I supposed to do / I can’t see the sense in you leaving, all I need is your love to believe in / And for you I would do what I can, but I can’t change the way that I am.”

The beauty is in the utter simplicity of it all. Whereas Technique’s musical elements paint life as an utterly synthetic process, Sumner’s vocals are the humane caress at the heart of it all. In those lines is every crushing pain and romantic ache we have ever felt, every worry and every essence of devotion. Technique portrays us fragile beings, so often ruled by our emotions but also understands the way that at the end of the day, our unique self-being cannot be changed to fit the wants and desires of another person, as much as we might want it to. In a world where we voraciously define ourselves through lifestyle choices and wanton purchasing, Technique simultaneously cuts through to what it means to be a person.

At the core of what makes Technique so brilliant is that it isn’t just an excellent album, but it’s an album that understands the full range of pleasures listening to music can entail. It stands at that crux between persona and audio, that meeting point between two incredibly powerful forces; human life in all its variety, and a band at the absolute top of their game. The result is an incredible state of consciousness that can only come from that sense of innate understanding and enjoyment of your favourite album. As Sumner himself sings on Dream Attack: “Nothing in this world could touch the music that I heard, when I woke up this morning…” And that is how it feels to listen to Technique.