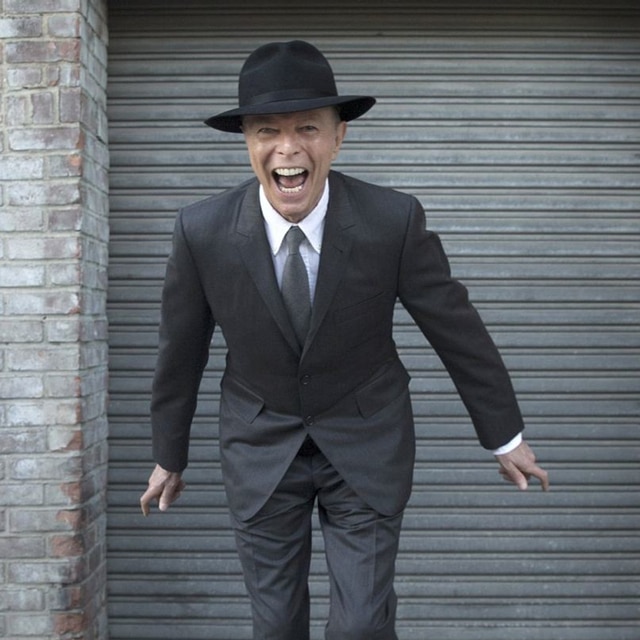 Genius is a term that is applied all too liberally across many walks of life, yet in the case of David Bowie, who passed away yesterday aged 69 from cancer, few would dispute the description. In the field of UK popular music, perhaps only the John Lennon/Paul McCartney songwriting duo can match the man born David Robert Jones in terms of combining groundbreaking artistic innovation with widespread commercial appeal.

Time and time again, he radically reinvented his sound and image without ever losing his ability to pen an accessible, memorable tune. Bowie’s early years offered little indication of what was to come. The son of a charity worker and a waitress from Brixton, South London, he was interested in music from an early age, ranging from the emerging US rock and roll of Elvis Presley and Little Richard to the modern jazz of John Coltrane and Charlie Mingus.

A member of local bands from his mid-teens, the young David Jones’ early attempts at stardom sank without trace as a series of single releases with groups including The Lower Third and The Buzz failed to chart. In 1967, he went solo, renaming himself after the 19th century American frontiersman Jim Bowie to avoid confusion with Davy Jones of The Monkees. A new single and album followed but met with a similar fate to his earlier efforts; at 21 years of age, Bowie was no nearer to achieving the success he craved.

A subsequent period studying theatre and mime with dancer Lindsay Kemp proved critical to his future development, with Bowie recognising the power of a carefully crafted image and performance style. In 1969, he released his first great song – Space Oddity – which, aided by the contemporaneous moon landing gave him a Top 5 hit and saw the appearance of fictional astronaut Major Tom, one of many memorable characters Bowie was to create over his career.

Yet within a few months, Bowie was already shifting direction, with 1970’s The Man Who Sold The World album introducing a harder, rockier sound than the whimsical psychedelic pop of Space Oddity. It was also his first album with the band who would go on to become The Spiders From Mars, perhaps Bowie’s most iconic collaborators.

At the same time, he was becoming a relentless self publicist, creating waves with his androgynous appearance and even conducting some interviews wearing a dress. The long held ambiguity around his sexuality emerged during this period, culminating with Bowie announcing he was bisexual in 1972 – a statement he later claimed to regret.

A year earlier, Bowie had released Hunky Dory, a classic singer songwriter album that contained two of his best loved songs, Changes and Life On Mars. But it was 1972’s Ziggy Stardust and The Spiders From Mars that became arguably his greatest achievement and established Bowie as a global star. With the glam rock scene taking off, viewers were transfixed by the Ziggy Stardust persona, with its creator looking every inch the alien visitor with his vibrant costumes and otherworldly make up. The music was just as striking, with the Spiders From Mars adding muscular riffs and rhythms to Bowie’s soaring melodies and sparkling imagination.

Aladdin Sane (1973) delivered more of the same, giving Bowie his first UK Number 1 album, but later that year he announced live on stage that Ziggy Stardust was retiring. Despite his enormous success and one further Ziggy album in Diamond Dogs, Bowie was ready to reinvent himself again. The subsequent Young Americans and Station to Station albums experimented with American soul and art-funk respectively, with the latter seeing the introduction of another of Bowie’s alter-egos, The Thin White Duke, an extended exploration of the alien he had played in the critically acclaimed The Man Who Fell To Earth, one of several film roles he would take on with aplomb over the years.

Bowie then relocated to Berlin in late 1976 and went on to release a triptych of albums – Low, Heroes and Lodger – which saw him immersing himself in the pioneering electronica and Krautrock of the time, working closely with ex-Roxy Music studio wizard Brian Eno. Despite being a far cry from the flamboyance of his Ziggy Stardust era, all three albums sold well and are justly considered to be up there with Bowie’s finest work.

Even during this experimental phase, he was still writing songs with a pure pop sensibility, as the enduring success of Heroes’ title track proves. The dawn of the 1980s saw the arrival of the New Romantics and New Wave and once again, Bowie had his finger on the pulse with his superb single Ashes to Ashes, one of the defining songs of the period. At this stage of his career, Bowie seemed to decide upon a more conventional, commercial sound and 1983’s Let’s Dance album, with its massive selling title track, helped make him one of the first stadium rock stars as the MTV age began. But Let’s Dance seemed to signal the end of a purple patch that had lasted from the fag end of the 1960s right up until the mid 1980s of compact discs and Live Aid.

The next two decades saw Bowie gradually decline into a peripheral figure, with his heavy rock albums with the group Tin Machine in particular widely seen as an artistic nadir. It was only in 2013 that the great man finally emerged from the wilderness revitalised with his universally well received The Next Day album, his first collection of new material in 10 years. Elegant and world weary, its streaming on iTunes in advance of its release demonstrated yet again that Bowie remained in touch with the latest trends even in his mid-sixties, and a retrospective of his costumes and fashion at the V&A museum reminded the world of his wider cultural importance.

Sadly, it was the beginning of the end, with last week’s excellent Blackstar album’s role as a final farewell now all too tragically apparent. Summarising the impact of any figure as toweringly multi-dimensional as David Bowie is extremely difficult, as in many ways it was his sheer versatility that made him so great. He was not an extravagantly gifted singer like Freddie Mercury, or a virtuoso player of an instrument like Hendrix, or a lyricist of transcendental power and insight like Dylan.

But what he did do better than anyone was transform the role of the pop musician into a chameleon-like performer, effortlessly shifting shape both on stage and in the studio. Without Bowie blazing a trail before them, it is questionable whether artists as diverse as Kate Bush, Michael Jackson and Lady Gaga would ever have existed in the forms they did.

Then of course there are the songs – Space Oddity, Life On Mars, Starman, Heroes, Ashes to Ashes. It is hard to imagine that there are many people in the western world today between the ages of 15 and 75 who are not familiar with at least one of them. Married twice, to Mary Angela Barnett (1970, divorced 1980) and Iman (married 1992 – 2016), Bowie leaves a son Duncan (born 1971) and a daughter Alexandria (born 2000).

David Bowie’s album Blackstar is out now through Columbia. More at davidbowie.com