Do It Any Way You Wanna: An Introduction to Patrick Cowley

The sonic equivalent of opening a bottle of amyl nitrate, his work shone a light on the multifaceted aspects of queer self-hood. As the latest volume of his archive is dusted down, Matt Cotsell rediscovers a distinct talent cruelly cut short just as his star was about to ascend 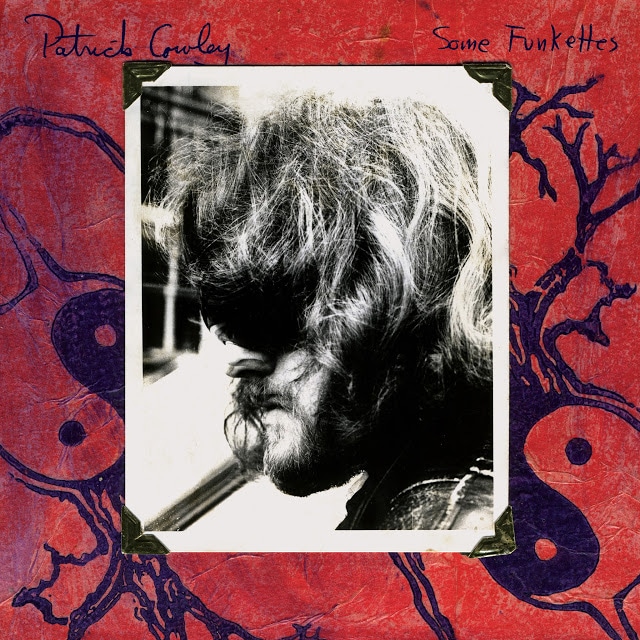 It had first been released five years previously, at the height of Disco’s stranglehold on the world, and staked its rightful spot at the top of charts. As the recognisably futurist synths rose up and the quickening drum beat throbbed in and out of the speakers, British music fans who went out and purchased the 1982 re-release of Donna Summer’s iconic I Feel Love single must have felt a reassuring sense of euphoric familiarity.

What set this version apart from the original, however, was the new A side. Gone was the three and a half minute radio edit and, in its place, was an unheard of 15-minute ‘Megamix’ by the then virtually unknown Bay Area DJ Patrick Cowley. Sticking a cheeky two fingers up to the limitations of commercial radio play, the tune was designed instead to replicate the sensation of being out in a club, where listeners could lose themselves in the groove. Originally made for the dance floors of sleazy dives, this was the sonic equivalent of opening a bottle of amyl nitrate, a glamorous and mystifying head rush that quickened your heartbeat and elevated your libido. The unashamed positivity of homosexual indulgences were finally being brought out from the closet and broadcast directly into stuffy heteronormative environments.

Today, the notion of getting underground DJs to provide a remix of your latest smash is pretty standard fare within the pop and dance arena. But 40 years ago, these extended versions were a surprise to audiences and artists alike. It’s claimed that both Summer and the song’s composer Giorgio Moroder initially expressed confusion at the logic behind the remix by this anonymous bedroom auteur, further lamenting as the track reached a rather underwhelming Number 21 in the UK charts. It may have been a commercial flop but, as the years rolled by, the extended play grew in popularity. It is now considered at least by some to be the definitive remix, the altar upon which others are to be sacrificed.

The cruel irony of all this of course, is that Cowley didn’t live long enough to garner any of the acclaim that he was so rightfully due for his work, succumbing at the tender age of 32 to complications from Aids just a few months later. From a theoretically revisionist standpoint, you could make a claim that Cowley, suddenly alert to his own mortality, chose to fashion a version of the disco hit that might somehow extend his legacy and help achieve creative immortality, but in truth his passing, coming as it did in the early days of the Aids crisis, was a shock to almost all who knew him. Having released only three albums and a handful of singles on his own independent label Megatone, it seemed his nascent but distinct talent had been cruelly cut short just as his star was about to ascend.

So who was Patrick Cowley? With the release of Some Funkettes, the San Francisco record label Dark Entries – in collaboration with his estate – continues unearthing the rich seam of unreleased work within his archive in an attempt to bring his genius to the masses. The seventh in a seemingly limitless succession, following last year’s Mechanical Fantasy Box, it focuses on the development of Cowley’s musical aesthetic as he covers a selection his favourite Funk hits from the early ’70s.

Cowley was quick to observe the correlation between the outlandish costumes, exaggerated machismo and musical enthusiasm of the Funk genre, with the nascent Gay Liberation movement. Especially drawn to the anarchic sexual fluidity and politicised theatricality of local drag troupe The Cockettes, he can’t have missed the link when Funkadelic proudly insisted that people Free Your Mind And Your Ass Will Follow. As he submerged himself within the gay underground, Cowley began to forge almost paradoxical temporal and spatial relations that frequently paralleled with his musical outpourings. 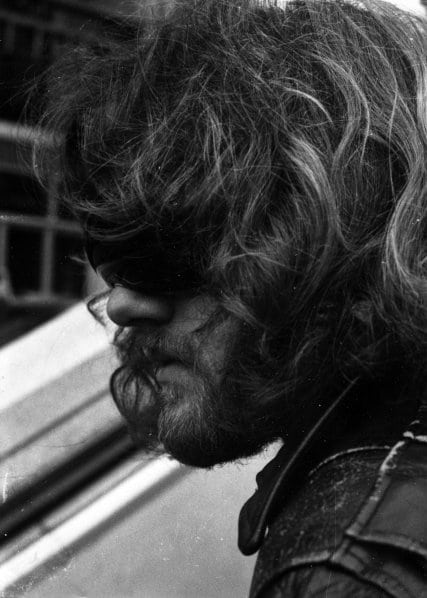 Often recording anonymously, he padded out his income during this time by providing background music for hardcore gay pornographic films. Further bucking established convention, these scores, replete with drifting synths and entrancing melodies, were minimalist in structure and more suited as soundtracks to New Age rituals than to pre-Aids Bacchanalian exploits.

“Made for the dance floors of sleazy dives, this was the sonic equivalent of opening a bottle of amyl nitrate”

People have a habit of looking back on the late ’70s and early ’80s as a repressive and dubiously conservative era, but Disco, and then HI-NRG, as Cowley’s music became known, seemed to usher in a greater acceptance of the LGBT community. Both of the genre’s early superstars, Sylvester and Divine, had passed through the hallowed doors of The Cockettes and knew the struggles inherent with living an openly queer life.

Personality wise they were wildly different, yet both confronted notions of what was considered appropriate behaviour. Sylvester was oftentimes sensual and introspective, his records filled with yearning, whilst Divine was brash and unkempt, relishing in his bad reputation. It’s no coincidence that following closely behind Cowley’s I Feel Love remix we got 1984’s intellectual graphic shock of Frankie Goes To Hollywood and the sophisticated urban wit of Pet Shop Boys alongside the drugged out romantic spirituality of Boy George and Culture Club.

Cowley’s growing popularity nowadays coincides with an unprecedented and yet familiar cultural battle as to the acceptability of non-conformative self-expression. Gender fluidity, whilst hardly a new cultural signifier, has been at the forefront of media discourse in recent months. RuPaul and his Drag Empire has dominated the LGBT cultural spectrum for over a decade, ushering in a generation of flamboyant youth, content in exploring the boundaries of self-expression through fashion and politics. More people than ever identify as trans or non-binary; two categories of self-selection that weren’t in popular usage when many of Cowley’s songs were written, and rates of abuse have risen exponentially in reflection. Meanwhile older cultural icons, authors and academics transcend the goodwill they’ve accrued as they cling to archaic notions of biological essentialism.

What Cowley so acutely endeavoured to do with his metaphysical explorations in sound was to shine a light on the multifaceted aspects of queer self-hood. His compositions were created to soundtrack both the secretive and the public facets of modern life. He knew that there was a capacity for mindful evaluation and personal development alongside the most carnal explorations. And what happens when you shine light through such a chaotic prism? It refracts and forms a rainbow, pure and infinitely bright.

Patrick Cowley’s Some Funkettes is out now through Dark Entries. Further information can be found here.