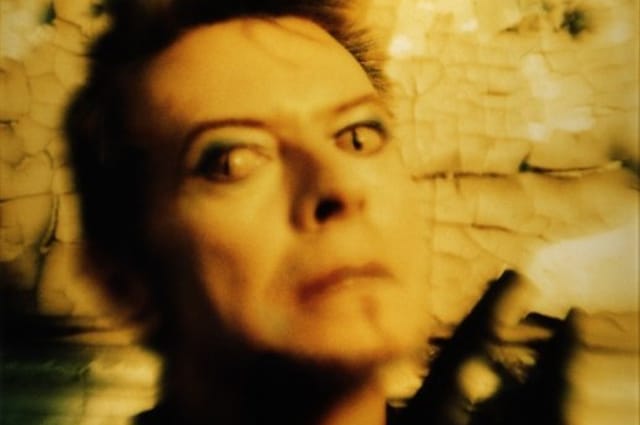 In the hours and days since David Bowie‘s sad passing, an outpouring of obituaries and articles have arrived, rightly praising his song catalogue and celebrating the iconic high points of his career. As much as David Bowie was iconic, though, he was also an iconoclast, frequently shattering cherished public images of himself with baffling artistic directions that often seemed in poor taste or highly unnecessary to critics and audience.

Yet without this process of burn and regrow, sustaining a 50-year music career – one that held such fascination right until the end – would have been simply untenable. For every Starman, there was a Laughing Gnome. Whatever breast-beating and disillusionment this might have caused fans at the time, there is a fundamental underlying truth this his is simply how it had to be. And this is why. 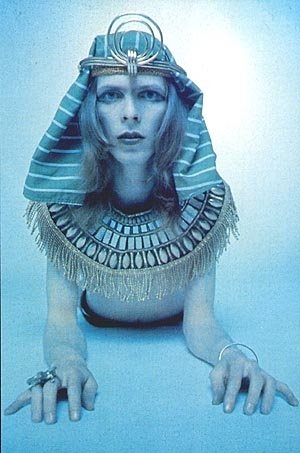 Bowie’s life is strewn with quotes that evince a philosophical and amused attitude to what his audience treated with reverence.  He frequently stated that he couldn’t believe anyone took him seriously, and another personal aphorism was that he could write everything he’d learned in life on a small piece of paper and shove it up his arse. Yet another quote from the Ziggy Stardust period perhaps expresses his life manifesto most succinctly: “I mean, for all the times that I make myself look a pranny, I also do things that I know are good.

And unfortunately, you have to go through the pranny-making process to get to anything good”. If you can think of another major star for whom this statement is anywhere near as true as it was for Bowie, I’ll eat my bipperty-bopperty hat. Bowie never fell for his own hype; reputation meant nothing. Without this golden attitude, we would never have ended up with something as startlingly brilliant as Blackstar appearing on his 69th birthday as a final parting gift.

So let us cherish some of these moments for they are as much crucial to what made the man great as Ziggy Stardust, Space Oddity or Heroes…

Part and parcel of being an ‘artist’ for Bowie was not to seek the respect of critics or restrict himself to the arthouse ghetto of the serious musician. And so towards the close of 1977, the year of both Low and Heroes, two albums highly regarded for their austerity, he decided to appear on a television special with Bing Crosby in front of a giant Christmas tree.

The generation clash in the scripted dialogue is brilliantly awkward and Bowie doesn’t give an inch to his septuagenarian host, who would die weeks after the taping. For those who thought Bowie’s aspirations to be an Antony Newley-type all-round light entertainer were well behind him, this must have been a slap in the face.

Yet it’s precisely this refusal to close down the possibility of making a tit of himself that is one of the most compelling reasons for Bowie’s international treasure status. It’s also telling that it was the British public that finally embraced this, perversely turning the rendition of The Little Drummer Boy/Peace On Earth into an unlikely Christmas smash five years later.

The following year, the final Berlin album Lodger produced an unlikely Top 10 hit in the churning stomp of Boys Keep Swinging. While the song is characterized by its macho, rock ‘n’ roll swagger, in performance Bowie can’t resist undercutting his suave gyrating Elvis act. This involved theatrics that went through high camp and beyond into the realm of the rather disturbing.

In the music video, he plays all three of his female backing singers, each a studied archetype of mid century glamour: a gum-chewing bobby soxer, skeletal Rita Hayworth type and an ageing socialite. What is so admirable about these impersonations is the ferocity with which he goes for each of them. Despite his much admired androgyny as Ziggy Stardust, Bowie can actually make a frighteningly ugly woman and, presumably aware of this, pushes the concept into full child-scaring mode. Imagine being confronted with that on Top Of The Pops at a young age.

Even stranger is a performance on Saturday Night Live that uses green screen technology to superimpose a puppet over his body from the shoulders down. In the final bars of the song, if you watch carefully, the gurning Pinocchio’s penis pops out of the top of his trousers, scrolling up and down like a party horn. These joyous, mocking couple of seconds flashed by so quickly that even the censors were hoodwinked. Yet, thanks to YouTube’s perpetual streaming of the past in the present, we can savour the greatness of the moment forever, safe in the knowledge that no pop artist will lace serious artistic endeavor with so much humour.

He liked a bit of hot sax…

The saxophone is a worrying instrument in pop music and can often be the harbinger of extreme bad taste. Think perhaps of horrors like Billy Ocean’s Get Outta My Dreams, Get Into My Car, most music by Michael Bolton and the entire career of Kenny G. Yes, sax drifts in and out of fashion a bit, but men with curly perms, slacks and bulging neck veins have been pretty much out in the cold since a late-’80s heyday. Not so for David Bowie, though, who has a predeliction for using the instrument that has been consistent through his entire career, from his own soloing on Ziggy Stardust’s Soul Love in 1972 right through to his final material on Blackstar. This clearly comes from the fact that it was the first instrument he learned, having been bought a cream coloured Bakelite alto at the age of 12.

Perhaps the best, though, is Don Weller’s solo towards the end of Absolute Beginners. If you’ve ever wanted to hear the sound of one man trying to violently expel his innards through the bell of his instrument, this is the song for you. Curiously, it’s one of the most heartbreaking things put to record and if the Bowie family want to wring maximum tears from the congregation as the coffin inches towards the incinerator, this will definitely do the trick.

To be a global pop star in the mid-1980s meant that, pretty much whoever you were, you would be making pop rock that was probably quite overproduced and didn’t know how to say no to the synthesizer. That’s just how it was. If you were good at this, you would probably find yourself being asked to contribute some of your music to a Hollywood film. Not much of this music stands up to any serious appraisal in retrospect, but it does benefit from the strange cult aura that surrounds pretty much all ’80s tie-in movies.

If you had a bit of added charisma, you might even be asked to star in one of these films, such was the crossover potential of the era. Tina Turner and Sting couldn’t refuse the call, and neither could Bowie, apparently. His turn as the shock-haired Goblin King in Labyrinth was simultaneously a terrible career move, and also the crafting of a series of cult moments that would ring down the ages.

Shock-haired, and clad in frighteningly tight lycra breeches, Bowie demonstrates that if you are going to do it you may as well be shameless about it, prancing around to show off an eye-watering bulge that shouldn’t be anywhere near an audience full of children. Oh, and at one point he uses a goblin as a football.

Outside, released in 1995, can loosely be described as a concept album, but was intended to be part of something much bigger: an opera, CD-ROM, follow up albums and a wealth of internet content which would have made the Outside ‘hypercycle’ the first major popular music transmedia project, possibly rivaling The Matrix series in ambition and grandiosity. The whole idea is over-ambitious, pretentious, utterly bonkers… yet Outside is strangely rewarding, a truly compelling album that rewards constant revisiting.

It is constructed around a time-hopping narrative centred around ‘art crimes’, through which oddly named characters like Algeria Touchshriek wander. The narrative is deliberately so labyrinthine that it is impossible to follow and tonally, the album plays strange tricks on the listener too. One minute, the listener is being subjected to the churning industrial bag of nails that is The Hearts Filthy Lesson, the next, he’s speeding up his voice incanting the  bizarre prattling baby-talk of Baby Grace’s Horrid Cassette. Subsequent volumes reportedly would have seen us going ‘backwards and forwards between Indonesian pirates of the 17th and 18th centuries and today’, also addressing contagious diseases and introducing 25 new characters.

Quite why you would want to take on a pre-millenial folly like this 30 years into your pop career just when the critics are starting to come back round is baffling, yet this epitomizes just why we never stopped paying attention: the man was not afraid of falling flat on his face until the very end.

David Bowie’s album Blackstar is out now. More at davidbowie.com