Spotlight: What Prince Taught Us About Sexuality

Prodigious, prolific, paradoxical and perverse, it’s likely that no other artist in popular music history has produced the volume of self-penned and self-produced music that Prince has, and it feels certain that we will never see such a productive pop musician again.

Revered for his peerless string of classic 1980s albums, and his extraordinary command of the stage as a live performer, Prince could also be contradictory and infuriating. Yet, after his shocking and completely unexpected death aged 57, you will find few who, as happened with David Bowie before him, would begrudge him the status of genius within the field of popular music.

Among the myriad gifts he has left behind for humanity to pore over (which will surely be multiplied if the contents of the legendary ‘Vault’ are unleashed upon us) are the radical ways in which he explored sexuality and the boundaries of gender within his work. Teased at school for his height and slight figure, Prince was a shy and reserved character whose personality attracted girls far more than boys. Many who were close to him at this time talk about the fantasy world he constructed for himself, which his success gave him an opportunity to begin acting out in a very real way.

Driven by instinct, Prince has spoken about the ‘inner voice’ which guided the often very capricious decisions he made during his career, including the notorious ‘squiggle’ period when he changed his name to an unpronounceable symbol. Part of this was how he expressed himself sexually through his music and constantly evolving look – a carnivalesque parade of colour, role reversal, racial and sexual freedoms that we were openly invited to join him in.

“Among the myriad gifts he has left behind for humanity to pore over… are the radical ways in which he explored sexuality and the boundaries of gender within his work.”

When Prince’s star began to rise in the early 1980s, dandyism was hardly an uncommon trait in the male pop star. With Bowie, Disco, P-Funk and the dressier side of punk all still influential, there were few barriers to male flamboyance and peacockery. While Adam Ant, Kid Creole and Boy George set the gold standard, any number of New Romantic hopefuls were encouraged to crack up the dressing up box and crack open a pan stick, safe in the knowledge that their look would be interpreted as nothing more than professional fancy dress. Even the early hip-hop stars of the day were at it: early performances by Afrika Bambaataa & The Soul Sonic Force show them dressed in floppy purple hats, leopard print and Native American drag that would shame The Village People. 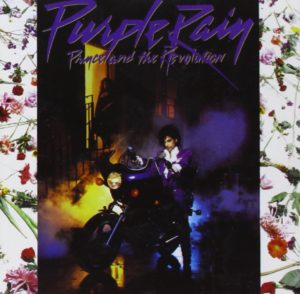 However, what was unusual about Prince in the 1980s is that his own dandyism seemed to get more extreme as it began to fall out of fashion for other male performers. Later in the decade this was largely displaced by the Bruce Springsteen/Bryan Adams blue collar look and endless yuppie suits.

Prince, gloriously in his own world, fixated on successive combinations of colours, patterns and fabrics that would be identified with each album release: purple, cream and rococo lace for Purple Rain; paisley, sky blue and clouds for Around The World In A Day; black and white, bolero jackets and oversized buttons for Parade; polka dots and day-glo for Lovesexy. A sensualist by nature, he would sketch patterns and ideas for clothes before sending them down to the wardrobe department he had set up in the Paisley Park complex to have them made up for him.

What is most unusual here, particularly for a man, is that Prince didn’t rely on a stylist or even other fashion designers – clothing was an extension of his fantasy world where the ideas came primarily from himself and bucked against predominant trends in male styling. Occasionally it looked silly, and Prince certainly didn’t escape parody of his look as a result. However, one of the things that distinguished him as a performer from many a try-hard was that he was always so insouciant that he never failed to get away with his experiments.

“Always something of a screamer, there are many similarities between the early vocal style of Prince and disco queen Sylvester…”

This pansexuality extended very obviously to his voice. Always something of a screamer, there are many similarities between the early vocal style of Prince and disco queen Sylvester. Both artists developed a heady falsetto in impersonation of their favourite female soul singers alongside their chest voices. What Prince was willing to attempt with his voice at the highest registers, though, was unique and genuinely inimitable. Particularly towards the end of songs (The Beautiful Ones from Purple Rain being a prime example), he would often force his falsetto into a palette of virtuoso gurgles, screeches and exaggerated vibrato that were libidinous to the point of being comic and absurd. While he could pare his vocal style down if he needed to, Prince seemed utterly unconcerned with being decorous or tasteful with his voice, which remains one of the most complete syntheses of male and female soul vocal styles. 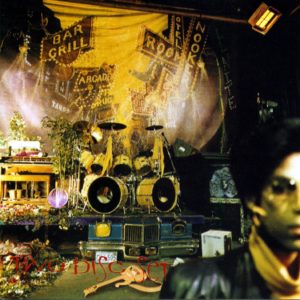 At what was arguably his creative peak, the period leading up to the release of Sign “☮” The Times, the urge to escape from the restrictions of gender were going into musical overdrive. In 1986, Prince recorded tracks for a planned album Camille, to also be released under that name, instead of his own. All eight songs experiment with altering the pitch vocals, to uncanny effect. The result didn’t sound identifiably male or female, but the term androgynous doesn’t quite fit either. Although, as has always been common with Prince, the project was scrapped, in this instance in favour of what eventually became the Sign “☮” The Times album; most of the tracks emerged on other releases.

“The desire to be one of the girls is still largely taboo within male heterosexual culture, and one of the gifts Prince has left us is the template for how to approach these instincts and desires without shame.”

The desire to be one of the girls is still largely taboo within male heterosexual culture, and one of the gifts Prince has left us is the template for how to approach these instincts and desires without shame. In fact, sculpting the images for women was in fact one of his many creative outlets. He wrote countless songs for female performers, frequently placing himself convincingly within their emotional and sexual perspectives.

One of his side-projects in the early 1980s was masterminding girl-group Vanity 6, the original potty-mouthed vamps, still remembered for their Prince-penned hit Nasty Girl. Tottering around in lingerie with bad attitudes and a frothing sexual vocabulary, Vanity helped set the template for both some of Madonna’s work as well as the sexually-forthright sirens of hip-hop who were to follow like Salt-N-Pepa and later Lil’ Kim. 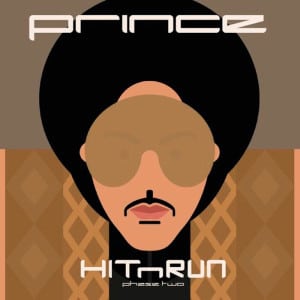 Going much further, in Cindy C, from his sexually dark Black Album, Prince pesters a ‘high-class model’ (a very thinly-veiled reference to Cindy Crawford) and throws money at her to have sex with him, insinuating that she is nothing more than a high-class hooker. It’s a far cry from the deeply respectful and spiritual declarations of love to be found elsewhere in his songs, such as Purple Rain and Forever In My Life. Perhaps, though, this was the point of Prince, exploring his own sexuality from every facet that he possibly could (including a song about brother/sister incest) and encouraging us to do the same.

His masculinity never felt like something he had to convince us of, unlike his peer Michael Jackson’s, whose own clumsy attempts at sexual expression felt like furious teenage jerkoffs in the bathroom. Prince, in contrast, was so happy to explore his own jerking off publicly that he wrote a series of gleeful songs about it, like Jack U Off, Private Joy and Tambourine. And while Jackson’s arrested development meant his attempts to project his heterosexuality often felt horribly contrived, and indicative of deep-seated hang-ups, Prince reveled in every moment of his own sexuality. About as comfortable within this as it is possible to witness in a male pop star, he had already posed the question “Am I black or white, am I straight or gay?” back in 1981’s Controversy.

“The power of Prince’s queer beacon during the ’80s was precisely this: despite not being gay, he implied to his male audience that whatever their relationship to femininity was, there was no need for any shame around it.”

The more we got to know Prince, the more clear it became to us that the question was redundant as, basically, he was into chicks in a big way. Part of the power of Prince’s queer beacon during the ’80s was precisely this: despite not being gay, he implied to his male audience that whatever their relationship to femininity was, there was no need for any shame around it.

However, as a queer icon, Prince is far more problematic than, say, Bowie. Rather than attack religious hypocrisy about sex, as Madonna did, one of Prince’s missions was to find a personal détente between the two. Finding the divine in sexual expression, without ever abandoning the notion of a Christian God, he followed in the footsteps of the great spiritual lovermen like Marvin Gaye. So far, so acceptable, but when he became a Jehovah’s Witness later in his career, an austerity and conservatism set in that seemed to cast a shadow over the libertarian freedoms espoused by his 1980s work. Supposedly anti-gay marriage comments made in 2008, coupled with his refusal to later enter the debate around same-sex marriage, have led to accusations of homophobia, which he never really addressed satisfactorily in the final years of his life.

None of this should colour what we can take from his life, though, and if there is one word that sums up what he wished for most, and desired for his audience, it is undoubtedly ‘freedom’. Both the word and the idea crop up in a great many of his songs, expressed as sexual and spiritual yearning. Freedom to transcend the ties that bind us to our roles; freedom to erase the divisions that separate us as human beings. That he achieved much of this freedom, we might see as a rather facile construct: after all, his talent had brought him with enough wealth to build his own elaborate fantasy world around him, one beyond the reach of us mere mortals, unless we were lucky enough to be invited to one of his parties at Paisley Park.

However, during his heyday, the magic of Prince was that he made it feel as if all of this seemed very much within our grasp, and had a significant impact on how many exposed to his music were able to understand their own sexual identities. His life had, and will continue to have, much to teach us about who we are and who we might be, and for that, we should be very thankful.