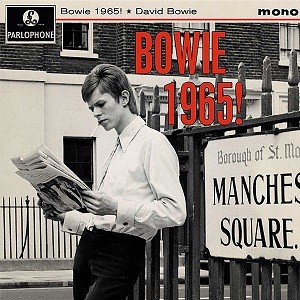 Record Store Day, which this year falls on 20 April, gets bigger and bigger every year. This year it seems like just about everyone’s getting involved with special editions, one-off collaborations or first-time pressings, from new bands on tiny indie labels to rock royalty. To merely whet your appetite, here are just 21 limited edition releases worth getting into a queue for…

David Bowie, in a bus-like manner, will be releasing three slabs of vinyl for Record Store Day; a 7” version of The Stars (Are Out Tonight)/Where Are We Now from new album The Next Day, a 7” picture disc reissue of 1973’s Drive In Saturday and the 1965! EP.

Pulp release their new recording of ‘lost classic’ After You, which was produced by James Murphy. It popped out as a fans’ download on Christmas Day; this marks its first pressing.

Domino Records will be re-releasing the Orange Juice albums – You Can’t Hide Your Love, Rip It Up, Texas Fever and Orange Juice.

The Rolling Stones’ Five By Five EP will be pressed on 7” vinyl for the first time since its release in 1964.

Moby and Mark Lanegan have collaborated on a track, The Lonely Night, which will be released on a 7”, backed with a remix from Photek, on Moby’s own Little Idiot label.

Captain Beefheart’s Frank Freeman’s Dance Club – which includes four tracks recorded at the show in 1968 by John Peel on his trusty tape recorder – will be released on purple vinyl.

Bob Dylan will release a double-sided single including a demo version of Wigwam from 1970’s Self Portrait – the other track will be an unreleased song from that album’s recording sessions.

Kate Bush has lined up a special 10” picture disc of the 2012 remix of Running Up That Hill.

Brian Eno and Grizzly Bear have joined forces to issue a split 12” featuring Nicolas Jaar remixes from their 2012 albums LUX and Shields.

Soundgarden will give fans an insight into the making of their album King Animal, by releasing its demos.

The Walkmen’s 2002 debut Everyone Who Pretended To Like Me Is Gone will be released in the UK for the first time via Bella Union.

Shearwater have teamed up with Sharon Van Etten for a cover of Stevie Nicks and Tom Petty’s 1981 duet, Stop Draggin’ My Heart Around. Their 7” also includes a new song, A Wake For The Minotaur.

Joe Meek’s brilliant I Hear A New World is restored, remastered and reissued.

Goat will release two albums of remixes – Run To Your Mama Remixes Volumes 1 and 2.

The Jesus and Mary Chain’s 1985 debut Psychocandy with be released on red and black paint splattered vinyl. It includes a reproduction of one of their first gig posters.

Keaton Henson will release You, from his gorgeous album Birthdays, on etched 7”.

…and Chas n Dave will be releasing 800 copies of a rabbit-shaped 7” of…well, you can guess.

Find your nearest store by postcode or location or see the full list of participants at: http://www.recordstoreday.co.uk/participating-stores/