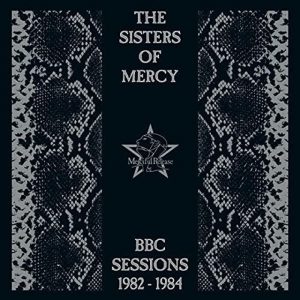 Hello and welcome to a new monthlyish round-up of (almost) all that’s happening in the world of reissues and compilations.

The market for deluxe editions and the like has seen previously thought long-gone albums discover a breath of new life, and barely a week goes by without the announcement of something making a long-awaited debut on vinyl or a box full of newly discovered tracks from the back of pop’s sofa.

Here are a handful of titles that are out this month, with genuinely something for everyone from Arabic funk, soulful country, elderly goth and shiny handbag house. So without further ado, let’s have a sift… 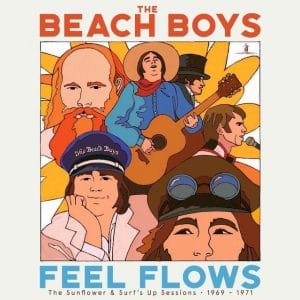 There are various forms that Beach Boys fans take. There’s the ‘I’m just good with Pet Sounds actually’ set, a general populace happy to engage with the surf-based greatest hits, and the more crate-diggery all-or-nothing collectors who’ll shell out for numerous outtakes of a cappellas while pretending Kokomo never existed.

For those, the news about FEEL FLOWS – THE SUNFLOWER & SURF’S UP SESSIONS 1969-1971 (Capitol) is something of a holy grail. Having gamely adjusted to the onset of the 1970s, the band were no longer the chart force they once were. Both 1970’s Sunflower and 1971’s Surf’s Up were favourably reviewed at the time, but marked a new low as regards sales were concerned as fans fled.

Fortunately, over the years, these albums became beloved and influential, initially with the shoegaze crowd, and latter movements such as chillwave and dreampop claiming them as key texts. Here, in a 5CD set assembled by Mark Linett and Alan Boyd, who helmed 2013’s Grammy-winning SMiLE Sessions, both albums have been lovingly remastered into a 135 track, with 108 previously unreleased, collection. If that seems a bit too much Boys for your buck, cursory fans will be interested in the edited 2CD and 2LP versions, seeing as charity shops have discovered Discogs and what were once in vast supply in £1 bins are now priced accordingly. 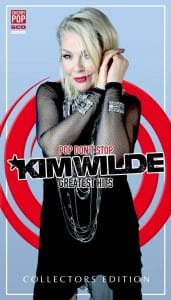 Since she first arrived on Planet Pop in 1981 with the tremendous Kids In America, Kim Wilde has gone from a regular chart-botherer, via gardening enthusiast and now a proper National Treasure.

POP DON’T STOP – GREATEST HITS (Cherry Red) is a celebratory 5CD/2DVD Deluxe Expanded Box Set (there’s reduced 2CD version too) containing a host of hits, all the videos and some new-to-CD period-appropriate B-sides remixes. Everything is here, albeit in a rum non-consecutive tracklisting which sees proceedings kick off with her 1984 number The Second Time, but all the bangers from You Came, You Keep Me Hangin’ On and Chequered Love are present, as are some new tracks including a duet with Boy George.

If anyone ever questioned Kim’s versatility, the F U Kristmas team-up with Lawnmower Deth in the same package as a Paul Oakenfold reswizzle of Cambodia should shut them up. 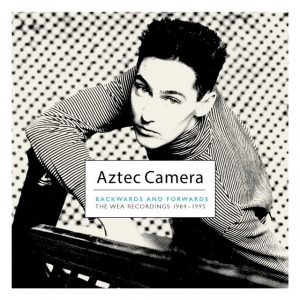 Collecting the albums Knife, Love, Stray, Dreamland and Frestonia together, all bundled up with accessory B-sides, remixes and live recordings. It’s bracing to hear the evolution of Frame all in one place, from airplay evergreens such as Somewhere In My Heart, chart hits like the Mick Jones duet Good Morning Britain (fill your boots with five remixes of that), Deep And Wide and Tall and All I Need Is Everything.

On the rare side, it also features a Live At Ronnie Scott’s album alongside a promo interview. For a nine CD box, £45 basically marks this down as essential. 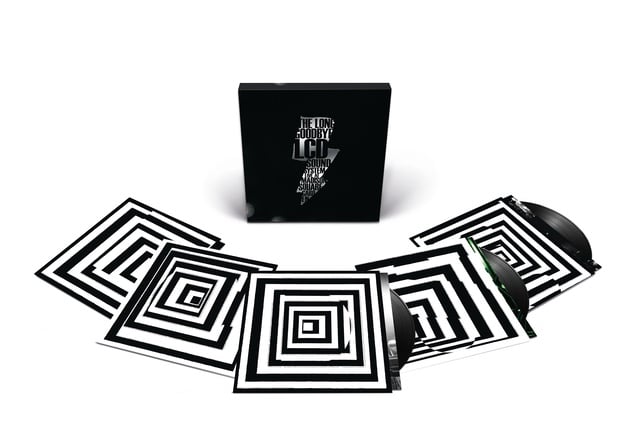 LCD Soundsystem said cheerio with a three-hour-plus show at Madison Square Gardens in 2011. Fortunately, they arrived back. Back. BACK a few years later just when the last of the helplines had cooled down, and all was forgiven.

However, THE LONG GOODBYE: LCD SOUNDSYSTEM LIVE AT MADISON SQUARE GARDEN (DFA/ Parlophone/ Warners) remains an essential document of a band at the top of their game.

Now back out on a 5LP set, this month it makes its debut as a 3CD version for its 10th anniversary. If the idea of ploughing through all that sounds like an ordeal, it really isn’t as the ‘hits’ and highlights such as Yeah, Drunk Girls, Losing My Edge and Someone Great come thick and fast. 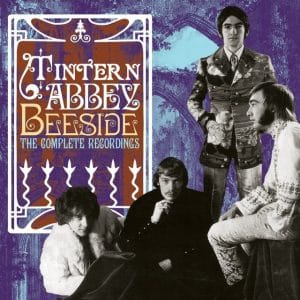 You’d be forgiven for having never heard of Tintern Abbey, not many people do tbh. However, those who have heard of them are almost evangelical about the late ’60s British psychedelic outfit, whose single Vacuum Cleaner was one of the definitive slices of far out from the period.

Their reign was brief (they existed for approximately 18 months) and saw them signed to Deram (then home to Moody Blues) who knew their freakpop onions. TINTERN ABBEY: BEESIDE – THE COMPLETE RECORDINGS (Grapefruit) is a 2CD set that houses their entire works, including several unreleased gems that have knocked around on bootlegs over the past half century. Essential stuff.

As is The Sisters Of Mercy‘s CD debut of THE SISTERS OF MERCY / BBC SESSIONS 1982-1984 (Rhino) after first being issued as a Record Shop Day vinyl earlier this year, but at a far more tempting £7 for busy goths on a budget. 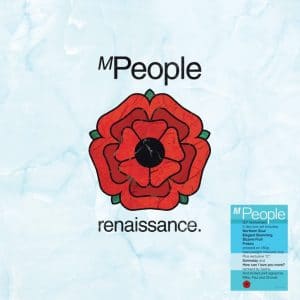 Back to the ’90s now, and two very different yet regular chart-friendly acts from that decade release box sets this month. First up, M People’s first four albums (Northern Soul, Elegant Slumming, Bizarre Fruit and Fresco) are collected together as one set called RENAISSANCE (Demon).

All in original sleeves and now in coloured vinyl, with the bonus of a Sasha remix 12 inch. There’s also a 9CD/ 2DVD set, but let’s not get carried away. 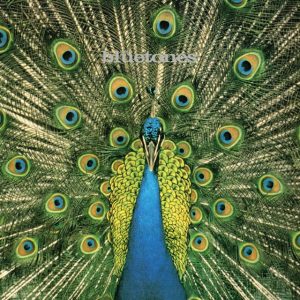 The Bluetones – Expecting To Fly

Twenty-five years ago, The Bluetones were quite the thing. Ambling indie-ly to the top of the charts among the Britpop scuffle by dint of knowing which way to hold a guitar with smashes such as Slight Return.

Their first three albums alongside demos and B-sides (Jeez, you forget how the drive to fill 2CD sets drove bands to knock out B-sides back in yore) are collected in a 6CD set called SUPERIOR QUALITY RECORDINGS (Edsel) which is a limited run of 1,500 and comes with a booklet and five badges. They’ve also got a triple blue vinyl box set of debut album Expecting To Fly with the added attraction of some early garage demos and a note from Steve Lamacq.

Too much ‘tones? Then the single disc vinyl versions of Expecting To Fly and follow-up Return To The Last Chance Saloon probably might be just the Bluetonic for you. 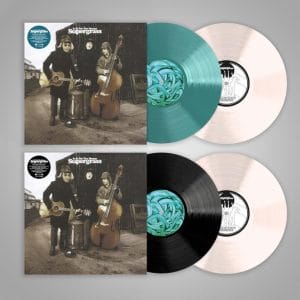 Actually, let’s stick with the ’90s for a bit longer, as Supergrass issue their super second album, 1997’s IN IT FOR THE MONEY (BMG) as a 3CD set (with 44 extra tracks compiled by the band) or as a straightforward vinyl in turquoise or black editions, with a bonus 12 inch featuring a Bentley Rhythm Ace rework of Sun Hits The Sky.

Garbage bung out their first two albums (again), with the self-titled debut and Version 2.0 now in 2CD, um, versions with attendant B-sides (or ‘G-sides’ as they lolfully call them). 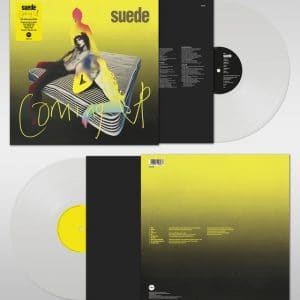 The pick of the bunch though, is probably Suede’s COMING UP, in a 25th anniversary edition box set. Now Suede have leapt into the reissue market in recent years, but Coming Up is bloody marvellous and one of those records that is well worth celebrating.

Now in a clear vinyl edition, the 2CD offering strips back the extraneous song and dance and live tracks of previous reissues, with the second CD focusing on just the B-sides. If you don’t have at least one iteration of this album in your collection well, then, I’m done with you. Get out of my sight. 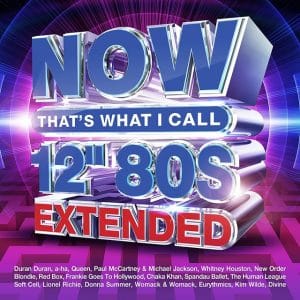 What about the Various Artists? I hear you cry. Possibly. Well, having something of a resurgence is the NOW THAT’S WHAT I CALL MUSIC brand, who’ve taken to the extra-curricular arena outside the annual three-comps-a-year with gusto in recent years, with a host of ace specialist compilations such as the tremendous 1983 Yearbook and the continuing success of issuing the earlier compilations on CD for the first time.

Firstly there’s a second volume of NOW THAT’S WHAT I CALL 12” 80S EXTENDED (Universal/ Sony), which is a 4CD bumper a-brim with lengthy reswizzles, with highlights such as Company B’s Fascinated, a brace of new-to-CD exclusives (Paul McCartney and Michael Jackson’s Say Say Say, Malcolm McLaren’s Double Dutch and Eurythmics’ Sexcrime among them) and the third disc is basically Gay Rights with Man 2 Man’s Male Stripper, Evelyn Thomas’ High Energy, Liza Minnelli’s Losing My Mind and Imagination’s Body Talk among the imperial selections. And at a tenner, it’s a genuine snipular wonder.

Also in the NOW realm, NOW DECADES OF SOUL sees a disc each focusing on ’60s, ’70s, ’80s and ’90s, and for anyone who grew up on iconic comps such as Motown Chartbusters, Souled Out and Nite Flite, it’s genuinely wonderful. Winding its way through the years with classic, nay legendary, cuts by The Temptations, Aretha, Otis, Diana Ross, Gladys Knight, Anita Baker, Commodores, Sade, En Vogue and more across 85 tracks. Again, it’s another purse-cheering tenner. 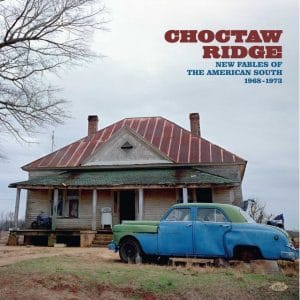 Outside of Saint Etienne and book-writing duties, Bob Stanley has been busy with Ace Records again, with a couple of corkers this month. CHOCTAW RIDGE – NEW FABLES OF THE AMERICAN SOUTH 1968-1973 (Ace) is another superlative set, looking at the period when country got issues, and looked deeper into itself when Bobbie Gentry, Lee Hazelwood and Jimmy Webb helped move the genre into soulful new directions away from the 10-gallon Nashville-ry.

Highlights from the 2LP/ 1CD set include Charlie Rich’s I Feel Like Going Home, Kenny Rogers & The First Edition’s Ruby, Don’t Take Your Love To Town and Dolly Parton’s Down from Dover. 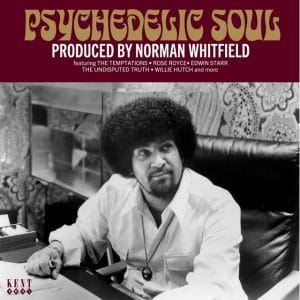 Also touched by the hand of Bob is PSYCHEDELIC SOUL – PRODUCED BY NORMAN WHITFIELD (Kent) which collects together some of the legendary Motown producer’s classics, where he helped form the label into new forms, and inventing psychedelic soul, with productions for Marvin Gaye (I Heard it Through the Grapevine), Edwin Starr (War) and The Undisputed Truth (You + Me = Love) before starting his own Whitfield label in 1975 and making Rose Royce one of the biggest acts of the era with the lush orchestrations and heartbreak of Love Don’t Live Here Anymore. 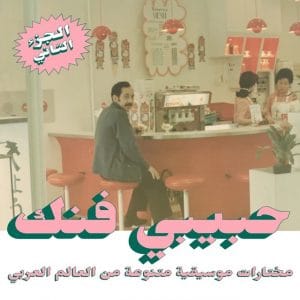 Habibi Funk 015: An Eclectic Selection Of Music From The Arab World, Part 2

Ending this month’s round robin with a stunner, HABIBI FUNK 015: AN ECLECTIC SELECTION OF MUSIC FROM THE ARAB WORLD, PART 2 (Habibi Funk) is a selection of tracks that the Berlin-based label grew up with.

While not a significant genre at the time, it strings together a host of Egyptian organ funk, Moroccan disco, Libyan reggae and odds and sods from Lebanon, Algeria, Kenya and Oman.

The Beach Boys MP3s or CDs

The Beach Boys on Spotify