Spotlight: Richard Hawley – In The Beginning…. 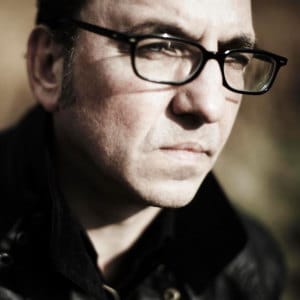 As strange as it may seem to consider it these days, with his status as national treasure pretty much cemented, there was a time when Richard Hawley was the ultimate outsider, always seemingly just out of step with the zeitgeist. His former band The Longpigs appeared at the tail-end of the Britpop glory days and failed to follow up on the promise of their excellent debut.

After the Longpigs’ implosion, Hawley pretty much kept himself to himself – refusing to move out of his native Sheffield, touring with old friends Pulp and every now and again, releasing album after album of resolutely old-fashioned, beautifully crafted, swooning ballads. It was a recipe that was, eventually, to play dividends, when Coles Corner became Hawley’s long-predicted commercial breakthrough in 2005: and it’s this pre-Coles period which Setanta Records are concentrating on by reissuing Hawley’s first three albums on vinyl (on heavyweight black wax, no less).

It’s odd to consider that this is the first time that Hawley’s first two records have ever been available on vinyl, as this is music that is so gloriously suited to that most romantic of formats. His self-titled debut, originally released in 2001 with seven tracks and since beefed up with a few extra songs, still sounds strikingly self-assured and confident. It laid down the ingredients for the Hawley template – that deep, rich baritone, the echoes of Roy Orbison and Duane Eddy, and every so often, the hints of a dark tempestuousness underneath the brooding romanticism (as Time Has Made A Change bluntly states: You are so dark and the space in your heart is so black”).

Songs such as Coming Home, Bang To Rights and especially Naked In Pittsmoor (the first example in a long line of Hawley making references to landmarks and regions within Sheffield) all sound comfortably like Hawley classics, and although the extra tracks are probably a bit unnecessary – it was pretty much perfect in its original 22 minute running time – it’s certainly a compulsory purchase if you understandably missed it first time around.

It’s odd to consider that this is the first time that Hawley’s first two records have ever been available on vinyl, as this is music that is so gloriously suited to that most romantic of formats…

A few months after that little aperitif came Hawley’s first full-length album, Late Night Final – and if the self-titled debut was a taster of what Hawley was capable of, this was the proverbial banquet. Again, the easy confidence seemingly flooded through each track, featuring songs steeped with an unashamedly retro air and with the references to his home city all present and correct (the title was named after the evening cry of newspaper vendors selling the Sheffield Star, and the cover art was shot at the now closed Castle Market).

There was an almost cinematic air to most of Late Night Final – Hawley’s guitar line creating the illusion of the pitter-patter of raindrops in the beautiful Can You Hear The Rain, Love? while the impossibly sad and mournful instrumental The Light At The End Of The Tunnel (Was A Train Coming The Other Way) made for a devastating end. Most noticeably of all, Hawley had built up his songwriting chops – opening track Something Is makes for a infectiously catchy beginning to the record, and Baby You’re My Light would make a perfect ‘first dance’ song at a wedding. Listening back to it now, 13 years since its release, it’s amazing to think it wasn’t a bigger hit – the lovely, soft swell of melody and the tone of resigned heartbreak still sound as fresh today than it did back then.

Two years later, came Lowedges. By this time, it was inarguable that there was such a thing as “the Richard Hawley sound”: it was a natural progression from Late Night Final, with Run To Me demonstrating possibly his finest vocal yet – a gorgeously rich, emotion-laden voice – and I’m On Nights beautifully conjuring up a blissful, late-night, melancholic feel. If anything, he could be accused of playing it a bit safe, with none of the tracks rising above a mild trot and the general atmosphere feeling a bit soporific.

Yet the songs are so good, that Hawley gets away with any perceived lack of risk-taking – Oh My Love is a gorgeous paean to lost love, and the gentle country-ish stroll of The Only Road fully deserves every second of its near six-minute running time, taking its time to beautifully unfold. There are hints of future collaborators Elbow at times, especially on the booze-sodden regretful waltz of You Don’t Miss Your River (Till Your Water Runs Dry).

Still ahead of Hawley was the career-defining Coles Corner, the slightly water-treading Lady’s Bridge, the sparse and desolate Truelove’s Gutter and the genuinely surprising, bitter and angry Standing At The Sky’s Edge. Yet listening back to these early recordings is fascinating – while there are no surprises involved for any long-term Hawley listeners, for anyone who’s missed this early stage of his career, all three records are a must-buy.

Richard Hawley, Late Night Final and Lowedges reissues and heavyweight vinyl editions are out now through Setanta. More information on Richard Hawley can be found at his official site here.