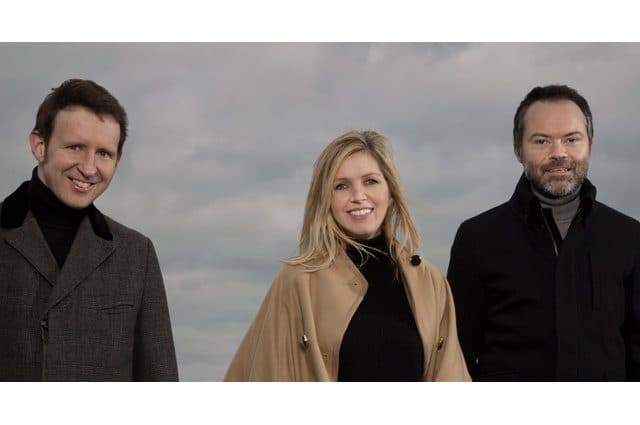 Inspired not by the titular greasy spoon, but by Tufnell Park’s Moonlight Cafe – Bob Stanley and Pete Wiggs’ centre of operations in the early days of the band – Mario’s Cafe was a sweetly soulful and poignant place for Saint Etienne’s second album to begin.

If their first, Foxbase Alpha (1992), together with its singles, had hopped around the FM dial, with snatches of ‘60s pop, snippets of film dialogue and multiple lead vocalists – sounding, in Stanley’s words, “more like a scrapbook than any of our other albums” – 1993’s So Tough was a refinement of the album-as-mixtape-as-album formula. (“I always thought,” Stanley says, “that So Tough was like the first record but better thought out. It had a better structure.”) Sarah Cracknell may by this point have become a permanent member of the band, singing lead on all but the haunting Calico, but So Tough still shared a lot with their debut.

There was the evocation of time and place: the “Squeezy bottles under Pepsi signs” at Mario’s, “the old school-yard where we both used to play” which haunts Leafhound, or the West Sussex-based civil engineering company who may or may not have provided the inspiration for the sublime Hobart Paving.

Like Foxbase Alpha, So Tough blended its cinematic snippets – tending towards the kitchen-sink or gritty realism – with romanticised lyrical and musical reflections both on the band members’ own upbringings and of the recent pasts of the places they lived. They continued to return to this idea, and Finisterre, Tales From Turnpike House and, most recently, Home Counties mix human sub- and urban ennui with the dreams that buildings dream.

And there was the use of samples, even more so here than on Foxbase Alpha, clearance of which cost nearly twice as much as the album cost to record.

“Of course London’s a big place, it’s a very big place, Mr Shadrack. A man could lose himself in London.” – Lines spoken by Tom Courtenay in John Schlesinger’s Billy Liar (1963)

“I spoke to Tom Courtenay, Carl Boehm from Peeping Tom,” says Martin Kelly, the band’s manager. “I’d ring them and have to send them tapes of the bit they were on and I remember these people being bemused as to why a pop band wanted to use them.”

If the approach had become a formula, it was a successful one; So Tough was a UK number 7 album, while You’re In A Bad Way took the trio of chart fanatics to Top of the Pops. Nevertheless, album three saw Cracknell, Stanley and Wiggs ready to make a change. “We wanted to get away from using samples and interludes,” Wiggs tells Michael Hann in the new essay which accompanies this edition; but they “needed a blueprint or concept which would … give the album a different signature”.

Some years before the folktronica of Four Tet, Tunng, or Beth Orton, inspiration came from the apparently unlikely melding of their current obsessions: electronica and folk music, particularly from the folk-rock boom of the late ‘60s and early ‘70s. Just as Fairport Convention or Pentangle had taken Dylan’s lead and plugged in, Tiger Bay – their cinematic scope more widescreen than ever, with orchestral arrangements from composer David Whitaker; the sampling of a different kind – wedded folk melodies from Britain and further afield to the pulse and clatter of techno and dance music.

That full-page advert in the NME

Urban Clearway and Like A Motorway – both mixed by Underworld’s Rick Smith and with melodies from the Breton harpist Alan Stivell’s Suite Des Montagnes and the American ballad Silver Dagger respectively – suggested autobahns out of the sprawl of the city, away even from the pebbledashed fringes, while the Western Wind/Tankerville suite took a song whose origins lie in a manuscript from the court of Henry VIII to the outer reaches of dub – via guest vocals from Stephen Duffy.

Pale Movie (an accidental Euro hit single) and Hug My Soul were patches of light among the melancholy, while the gorgeous Marble Lions rivalled Hobart Paving in the obtuse yet impossibly affecting stakes. Released on 28 February 1994, the album was initially well-received both by the record-buying public, hitting number 8 in the chart, and most critics, barring the NME’s Paul Moody, whose 4/10 drubbing (headed “Crock of the Bay) prompted a full-page ad from the band in that week’s edition, displaying Martin Kelly’s hand in a single-fingered salute.

Although its reputation among Saint Etienne connoisseurs is undimmed, it’s fair to say that the original release of the album was slightly fluffed. There were different tracklistings – and cover art – in the UK and US (where Western Wind was dropped entirely, and I Was Born On Christmas Day appended, together with remixes), and a further UK edition with a revised running order followed just 2 years later, using yet another cover image and extending the tracklisting, most notably to include the band’s number 11 hit, He’s On The Phone, a collaboration with the French singer and producer Étienne Daho.

The chance to revisit Tiger Bay, then, is a welcome one, and this splendid 25th anniversary edition will take you there in style. There’s a gatefold vinyl edition of the album, which sounds predictably deep and lush when spread over two 45rpm discs; it’s well worth the extra trips up from the sofa, and there’s something quite satisfying about the way the Western Wind suite and the haunting The Boy Scouts Of America fit neatly onto the final side.

Remains Of The Day is a bonus LP of outtakes and demos whose contents pretty much mirror the bonus disc of the 2010 CD reissue of Tiger Bay: the demo versions of Hug My Soul – shorn of strings and built around an Incredible Bongo Band break – and Pale Movie are worth hearing again; Black Horse Latitude is a fun, surprisingly rocking tribute to a now-vanished Holloway Road haunt (“Tuesday night in N19 / I’d like to think it’s a bit of a scene / Steve Coogan and his lady friend are thinking about a kiss.”); and the lovely I Buy American Records might have fitted in well on the original album (and indeed was included in the 1996 edition’s tracklisting).

Promising “previously unheard arrangements”, and “Tiger Bay as you’ve never heard it before”, a CD entitled Tapestry completes the audio. But aside from the version of Marble Lions featuring just Sarah and the orchestra, at once stripped bare and impossibly sumptuous, this mostly comprises short fragments and excerpts. As such, it might not bear repeated listens. (But frankly, if you’re not enticed by the prospect of hearing the isolated flamenco guitar solo from Pale Movie, the dark ‘Lynch Frost’ soundscape from Boy Scouts Of America or just the vibe solo and strings from Hug My Soul, this might not be the edition – or the band! – for you.) A 28-page book, poster, press releases and sticker complete this beautiful anniversary set, which is well worth a place in any discerning fan’s collection, particularly if you’re looking for Tiger Bay on vinyl, or didn’t pick up the 2010 double CD edition.

No anniversary is complete, of course, without an album-in-its-entirety gig or two, and Saint Etienne have got form here, with a US tour in 2018 – and a couple of London shows – to celebrate the 20th anniversary of Good Humor, and a lengthy tour to mark two-and-a-half decades of Foxbase Alpha (finishing with a date in Heaven that ranks among the very best Saint Etienne gigs your correspondent has seen).

Tiger Bay, though, surely deserved something a bit special, and London’s Barbican Centre – where the band have played numerous times, and whose still-striking Brutalist textures are a natural fit for them – was the perfect place for it. But, as is so often the case with this venue, there was more. “We literally just approached the Barbican and asked if we could [play],” Stanley told the Islington Gazette. “Happily, they agreed, and they suggested working with the London Contemporary Orchestra.”

There’s a particular kind of ‘special event’ gig that the Barbican does so well, and we see so often there: the much-missed Go-Betweens-with strings’ 29-song epic in 2004; British Sea Power’s rather excessively blustering show with a 28-piece brass band; and Tindersticks’ live soundtracking being among many examples. This, on a warm late May evening, was no exception.

Making the most of having a full orchestra on stage wherever possible, there are plenty of moments where Tiger Bay has never sounded so good: Urban Clearway and Like A Motorway are huge, layering sound on sound but never losing momentum, while Hug My Soul – a regular at any ‘normal’ Saint Etienne show – is reassuringly expansive, with a treat in the form of a note-for-note xylophone solo from the orchestra’s percussionist.

In the days following the UK’s latest ignominious failure, Pale Movie is the Eurovision hit that never was, with a solo on castanets in place of the flamenco flurries of the original, while elsewhere, Cool Kids of Death and a near-horizontally laid-back On the Shore (with singer Sewuese standing in for Shara Nelson) voyage many miles away from the suburban and municipal sprawl.

Producer and sometime member Ian Catt guests on the tender Former Lover, and Marble Lions is possibly the standout moment of the entire first set, with an outro that could happily go on way past the start of the audience’s applause – and does, swooning with flute, harp and french horn. Only Western Wind swims slightly at first, sounding a touch over-engineered – and disappointingly there’s no sign of Duffy – but all this is soon forgotten once the strings, bass and drums enter, propelling us once more over the horizon.

It’s pleasing to note at the start of the second set how well Magpie Eyes, from Home Counties, already fits in between such notables as Who Do You Think You Are and Only Love Can Break Your Heart, after which the orchestra return, taking us back to where we came in with a version of Mario’s Cafe that’s worth the price of admission alone, causing at least one audience member to well up. On any other night, all this would have been more than enough; tonight (and, indeed, they do play Tonight) there are extra treats in the shape of a surprise appearance for He’s On The Phone by Daho, and a glorious rendition of Cracknell’s solo Ready Or Not.

Whether any other Saint Etienne albums get similar treatment in the future will remain to be seen; but it’s hard to imagine anything quite so special as this evening happening again.