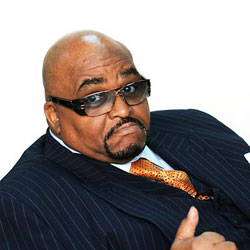 Whilst Solomon Burke will justly be remembered for his committed, powerful soul voice, singing was not necessarily his prime vocation. He described himself as “a Preacher first and an entertainer second”. Burke’s grandmother Eleanor belonged to an evangelical Church known as the United House of Prayer for all people and Burke first took up Church singing at the age of seven. The fervour and conviction of the Church never left him, although he proved adroit in adapting his mission for more secular audiences, preaching the gospel of peace and love wherever he performed.

Of the many soul survivor comebacks of the noughties, Burke’s may well prove to be the most significant, even if it will sadly now not be the most enduring. 2001’s Grammy winning Don’t Give Up On Me, recorded for the Fat Possum label and produced by Joe Henry, saw Burke recast, in inimitable, utterly confident style, songs by master writers including Tom Waits, Bob Dylan, Elvis Costello and Brian Wilson. Whilst Burke had tackled Dylan before, recording a strident version of Maggie’s Farm back in 1965, he was unfamiliar with much of the material in advance of the sessions. Yet not only did the songs sound as if they had been written before him, he inhabited them so completely that they became his own. Touring the album, Burke seemed genuinely surprised and grateful to have lived long enough to have had the chance to make another major artistic statement and, with it, reach a new audience.

The prolific run of recordings that followed it inevitably saw some diminishing returns, particularly as the production became unnecessarily slick. Nevertheless, Nashville expertly rendered the parallels between country and soul, whilst this year saw the release of Nothing’s Impossible, his collaboration with legendary producer Willie Mitchell. It might prove to be the last recorded work from both artists, although Burke is believed to have finished an album with a Dutch backing band, with whom he was due to perform on the night of his death.

With his roots firmly in the Church, Burke’s career began singing Gospel songs, the path to secular success beginning with his work for New York’s Apollo label. The song that brought him to the attention of Jerry Wexler and Atlantic records was Bebop Grandma. For Atlantic, he recorded a string of superb hit songs, beginning in 1961 with Just Out Of Reach. A couple of his songs from this period remain associated with films largely unworthy of them – Patrick Swayze danced to Cry To Me in Dirty Dancing, and Everybody Needs Somebody To Love, with the tempo increased way above Burke’s superior slinky shuffle, became the much-loved hit from The Blues Brothers.

Burke then moved to the Bell label, for whom he cut the Proud Mary album, tackling John Fogerty‘s title track before Ike and Tina Turner made their more famous version. During the 1970s, Burke struggled both artistically and commercially, failing to produce work that lived up to the imposing, muscular quality of his great Atlantic performances.

Though he continued to tour, it was not until 1985 with the much admired live album Soul Alive that Burke returned to critical acclaim and public awareness. This was followed quickly with A Change Is Gonna Come, still felt to be one of the finest soul albums of the ’80s. His 1980s deal had been brokered by music writer Peter Guralnick, who claimed to have “never heard anyone with a greater voice”.

Burke had always been larger than life, both in size and in personality. In his later years, he grew to an extraordinary 30 stone, having to be pushed on stage in a gold throne decorated with flowers. He remained seated for the duration of his concerts, but appearing to give every bit as much energy as if he had been able to stand. This regal posture suited his self-proclaimed status as the King of Rock and Soul, a subtly personalised epithet that he worked hard to earn.

Whilst he may not yet be in the same critical pantheon as Otis Redding, Marvin Gaye or Sam Cooke, there’s every argument that he should be welcomed with open arms. Whilst his voice could be gritty, rich and dominant, it could also be understated and conversational. He had both power and sensitivity in abundance. Latterly, he also had a good deal of charm and warmth, joking about the more absurd aspects of his life, such as his inability to get in and out of London taxi cabs or his ever-expanding family (he is believed to be survived by a staggering 21 children and 90 grandchildren). He remained committed to his principles and beliefs and always maintained a strong relationship with audiences, understanding and managing their expectations brilliantly. A consummate entertainer, but also a great artist and communicator – there are few with his natural, unforced gifts in the sleeker world of modern soul.