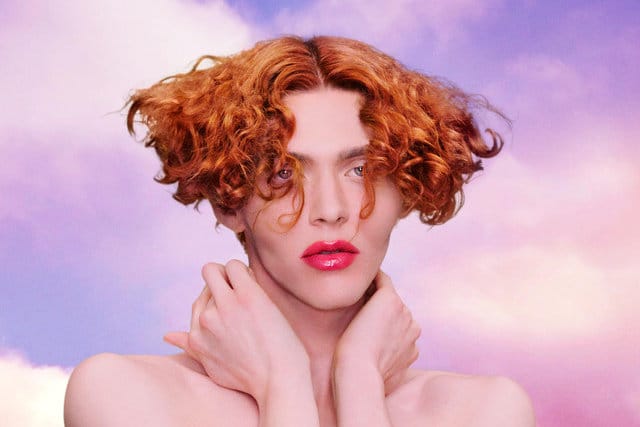 Today we mourn the tragic death of an amazing, vibrant human being taken before her time, but as fellow musicians and appreciators, we also mourn the loss of a genius, revered by many; a true innovator who sculpted thrilling and uncompromising worlds of sound. It’s hard to overstate how impactful SOPHIE’s creations have been in such a short period of time.

Glasgow-born SOPHIE’s first single BIPP was released in June 2013, and its impact spread like wildfire across the pop and electronic music landscape. Within the year, SOPHIE’s bouncy futuristic style filtered through club music and into mainstream radio fodder. Binding the syrup-sweet melodies of corporate jingles and bubblegum pop to the brutal, mechanical physicality of Coil and Throbbing Gristle, SOPHIE refracted our society’s worst consumerist tendencies through a four-dimensional funhouse mirror. The results were often abrasive, hilarious, and overwhelming.

She engaged with identity politics and capitalist culture, but never out of sanctimony; her tracks always twinkled with irony and fun. Although, doubtless, there are others who might lay claim to originating parts of SOPHIE’s trademark style, it was her captivating point of view, her wit and humanity braided into the fabric of every song, that set her apart. Her groundbreaking musical vocabulary has uplifted a new generation of artists into finding their own voices, and helped catapult queer alternative music into the mainstream.

After releasing an impressive series of solo singles, SOPHIE collaborated with artists across the industry including Madonna, Arca, Vince Staples, Charli XCX, and MØ. In 2018, having produced Let’s Eat Grandma’s second album I’m All Ears, she finally released her own debut album, OIL OF EVERY PEARL’S UN-INSIDES. Her magnum opus, it was shocking to hear such a meticulously assembled full-length project (ideally appreciated in one sitting) from an artist who until then had been associated with short snappy singles, most barely cracking the three minute mark. Nominated for a Grammy, it’s streaming in full here.

We should rewind to 2017 when we received our first taste of OIL…: a music video for the opener, It’s Okay To Cry. The artist, who for four years had shielded her identity, was now uncovered: naked and in high-definition; skin glowing; cheekbones and clavicles like knives; eyes firmly fixed on the viewer; crooning platitudes through lip gloss and a wry smile. How SOPHIE chose to spin together a sincere naïveté with copious irony was pure camp: an appeal to celebrate and accept the absurdity of our emotional worlds; how life is a constant blurring of the sincere and the insincere. It was a revelation.

Ponyboy and Faceshopping soon followed: industrial club bangers with writhing, metallic textures that foreground queer sexuality, power and domination, trans identity and consumerism. Despite their electronic production they had a creaturely quality, filled with sinewy sounds that evolve and explode organically like animals dismantling their cages. The extreme harshness felt like two fingers to good taste, and a challenge to embrace those aspects of our humanity that society instructs us to negate, withhold and disregard.

Taken together, OIL… presents an ever-evolving, shimmering sound space of radical possibilities, nowhere more so than in the album’s nine minute closing track, Whole New World/Pretend World. As The Beatles attempted back in 1966 with Tomorrow Never Knows, in closing SOPHIE elected to point us toward the future. Unlike The Beatles’ instructive (and appropriative) direct appeal for listeners to untether themselves from the now, SOPHIE let you put the pieces together for yourself.

The track has three movements. In the first, SOPHIE pilfered some corporate Disney sentimentality, stripped it bare and held it dangling by the neck: “WHOLE NEW WORLD.” Is it here? Is it coming? Are we about to arrive? The synth stabs are like terrifying fanfares heralding the arrival of our shared future, but as the track progresses this hyper-clarity crumbles and fades, and by the end only a flickering ambient void remains.

In this song, SOPHIE provided no answers, no call-to-action, no satisfying solution that will lead us to a successful revolution. Instead she supplies the opposite: an absence, a space for us to mull things over, to engage with the possibilities that are open to us now, today. The future is undefined and we are not guaranteed to receive the one we want.

Announcing her death, a statement from her label Transgressive said: “Tragically our beautiful SOPHIE passed away this morning after a terrible accident. True to her spirituality she had climbed up to watch the full moon and accidentally slipped and fell. She will always be here with us. The family thank everyone for their love and support and request privacy at this devastating time.”

SOPHIE opened so many doors. It’s now up to us to decide which we pass through.