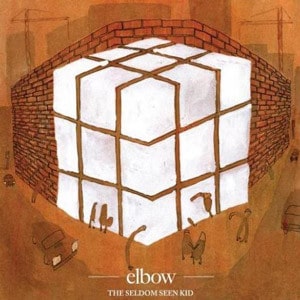 Approximately 240 albums were submitted as entrants for this year’s Mercury Prize, an indication perhaps of the effect a nomination can have on sales and kudos for the act involved.

Yet the awards are never easy to second guess, and famously throw in a curveball or two into each year of nominations, while omitting entrants deemed to be obvious contenders.

This year’s listed 12 are no exception, a mixture of the major-label blockbusters, the smaller, homespun acts and the ones in-between or decidedly left of centre.
All fulfil the basic criteria – made in the UK or Ireland (including the acts themselves!), released since July 2007, and impressing a panel of five judges sufficiently to make the shortlist.

The obvious ones first, and a third appearance for Arctic Monkey Alex Turner in the nominations with The Last Shadow Puppets. Hazlewood is likely to have approved of the large-scale orchestration at work in a side-project that increasingly looks like Turner’s main concern. musicOMH captured their approach by suggesting you start at Favourite Worst Nightmare, “strip away the furious drums and incendiary guitar riffs and add in strings courtesy of the London Philharmonic Orchestra. Rope in Miles Kane of Arctic touring mates The Rascals on guitar and vocals, and half of Simian Mobile Disco James Ford to produce and play drums, and you’ll get some idea of how The Last Shadow Puppets sound.”

Next up, Radiohead. In Rainbows, the band’s “free” album, was widely acknowledged as one of their finest achievements, marking the freedom of a high profile split for EMI. Summing up their album as “short… but a progression”, musicOMH went on to conclude In Rainbows as “packed but sparse, thrilling, complex, innovative, simple. Without even a dud bar never mind a filler track, In Rainbows is more than any fan could hope for.”

Early in their career, Elbow were seen as heirs to Radiohead’s throne, but The Seldom Seen Kid shows how the two bands have gone their separate ways. With the tub-thumping rhythms of Grounds For Divorce and the festival favourite One Day Like This, it’s an album that musicOMH noted for its “quiet, stately elegance”, its “depth and emotion”. They would be popular winners of the prize among their fellow bands.

With the current trend on daytime radio for reconstituted takes on soul music, it was inevitable this would be represented by at least one act. Step forward the big lungs of Adele, marketed to the hilt with a Brit award before even releasing a proper record, and given the kind of media exposure normally afforded to established acts. That said, musicOMH found debut album 19 to be “a superior pop/soul album – not without its flaws admittedly, but guaranteed to one of the more enjoyable listens of the year.”

Further exposure for the 19-year-old North Londoner came courtesy of comments from Estelle, saying “I’m not mad at them (Adele and Duffy), but I’m wondering – how the hell is there not a single black person in the press singing soul?” That was soon put right…but should Estelle even be on the list, having made Shine, with an American backroom staff? But what staff – Kanye West and John Legend were falling over themselves to appear on this record, and with Estelle’s vocals, noted by musicOMH for her ability to “coo like a dove but rap like a London street girl”, it proved a winning formula. Indeed, “compared to the admittedly prodigious vocals of Duffy and Adele, this feels like the real deal.”

Another solo Londoner appears in the list, but with a non-existent public profile. Burial‘s darkly haunting album offers a portrait of the metropolis that, as musicOMH’s review noted, takes in “the stuttered shops, the graffitied underpasses, the smashed bus shelters and the abandoned cars of the endless suburbs”. Seen as a dubstep record, it does however build on the urban garage sound of the late 1990s, mixing in a small dose of Jilted Generation-era Prodigy, and comes up with something totally unique.

Meanwhile one act is appearing for what their fans might term the ‘wrong’ album. Enter British Sea Power, whose Do You Like Rock Music? may be fabulously affirmative and anthemic, “hitting the listener like a force eight gale” in our words, but is yet to attain the cult appeal of The Decline Of British Sea Power, or its predecessor Open Season.

Another act is appearing for what might be their only album. Based on the life and times of John DeLorean, Neon Neon‘s Stainless Style was, in musicOMH’s words, “an indulgence not to be passed over or taken guiltily. As a document of its time, it is remarkably successful. Taken on the base level of being an enjoyable pop album, it also triumphs handsomely. So much so that Gruff Rhys, Har Mar Superstar and company performed it in deckchairs at Glastonbury.

Now we’re on to the wildcards, and things get really interesting. Laura Marling, and Robert Plant are at opposite ends of their careers – though you wouldn’t bet against Plant going for another twenty years, the form he’s in. Both, however, have made blissful albums for quiet time listening. Marling’s debut, co-produced by ex-boyfriend Charlie Drake, he of Noah And The Whale, stood out for what musicOMH termed its “astonishingly mature lyrics framed by beautifully pretty melodies”, redolent of Kathryn Williams. Plant, meanwhile, formed the unlikeliest of partnerships with Alison Krauss for Raising Sands, the two making an album of “rather wonderful and touching record of duets”, “unusual and surprisingly moving”. Both might be regarded as albums for the Radio 2 generation (what a horrible phrase!) but both have won many fans outside of that compartment.

If you’re a critic of the Mercury Prize, you’ll see the next two records as the concessions that folk music exists. If not, you’ll recognise the talent of Rachel Unthank, the Northumbrian who, on The Bairns, “creates an atmosphere so intense that the reluctant rock fan will be hooked”, or the sheer invention of the Portico Quartet and their new instrument, the Swiss hang. It may look like a barbecue, but it offers a sound half-way toward the steel pan, giving their texture colour and a surprising grace. Both approaches – the “heart-rending close harmony” of Unthank’s vocalising and the intimate instrumentals of the Portico, have won the judges over and found themselves new homes in the process.

Inevitably there are omissions, and one of them is glaring, with Portishead‘s Third nowhere to be seen. A request from the band, perhaps? There surely is no other way to explain overlooking their searing return. Others hard done by include Edwyn Collins, perhaps deserving of more whether or not his unlikely return to music after a brain tumour is taken into account. M.I.A. too, for the startling invention of Kala, or Goldfrapp‘s return to their softer side in Seventh Tree. Robert Wyatt, too, made a big emotional statement on the world today in Comicopera, while others licking their wounds are Foals, Mystery Jets, The Shortwave Set and Lightspeed Champion. A rather less controversial omission is Duffy‘s Rockferry – despite its sales popularity, a little too similar in position to Estelle and Adele.

A couple of records stretch the boundaries of authenticity – both for American involvement. Estelle’s we have touched on, Robert Plant, whose admittedly fabulous duets with (American) singer Alison Krauss were also recorded and produced there.

So who’s going to win? As ever with the Mercury Prize, it’s a tough one to call – because the award doesn’t always fit its blueprint as being a purely musical one, and has in the past come dangerously close to recognising the unknown seemingly for its own sake. This year, however, I’ll stick my neck out and say all bases can be covered, even if the recipient can be found guilty of a faceless presence. That’s right – Burial to win the prize, and to spend it on an even more elaborate cloaking device than he has already.