Spotlight: Tears For Fears – The Hurting 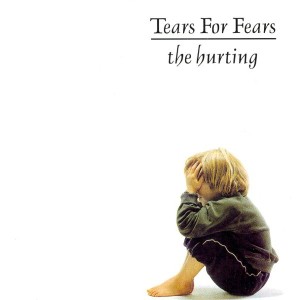 As Tears For Fears’ album The Hurting is wheeled out in 30th Anniversary Deluxe Edition trim, Graeme Marsh looks back at a work that remains to this day one of the best and most essential synth-pop albums the ’80s had to offer…

When Bath based power-pop quintet Graduate split in 1981, its two main creative forces – Roland Orzabal and Curt Smith – set about their own thing without the intrusion of other band members; little did they know how successful they would become only two years later.

Initially naming themselves History Of Headaches, the pair had become fascinated with the studies of American psychologist Arthur Janov, his ‘primal therapy’ theories centring on repressed childhood trauma and the cleansing of the past by reliving crucial moments still causing emotional pain. A term Janov used within his book The Primal Scream subsequently prompted a name change to Tears For Fears (“tears as a replacement for fears”) and around this time songs began to flow, mainly (surprisingly) written on Orzabal’s acoustic guitar, with many taking their inspiration from the psychotherapy methods themselves.

After a couple of unsuccessful attempts to break the UK chart – Suffer The Children and Pale Shelter being the two failures – September 1982 saw the release of Mad World, an observational piece written from Orzabal’s Bath city centre flat that overlooked the busy streets below. It quickly became one of the anthems of the new wave of synth pop, rising to Number 3 in the UK charts and catapulting the duo into the public consciousness, with Orzabal’s distinctive jerky, robotic-arm based ‘dancing’ in the accompanying promotional video becoming a bizarre talking point.

In the early 1980s there were no dedicated music channels on television, but the four available channels provided a considerable amount of music programmes nonetheless: Channel 4’s The Tube was launched in November 1982, Top Of The Pops was still going strong after almost 20 years and The Old Grey Whistle Test continued to draw in more serious, late night viewers. Children’s television programmes also provided artists with an outlet to promote their new songs and an appearance on Friday evening’s flagship BBC children’s variety show Crackerjack saw Tears For Fears perform follow-up single Change – a subsequent second successive Top 5 hit and a further boost to the upcoming album The Hurting which was to be released in March 1983.

The release came at a time when a nervous Britain was in the midst of Thatcherism; the Falklands War was still fresh in the memory and Cold War tensions between the US and USSR were reaching fever pitch with the threat of a nuclear conflict very real. In music, Michael Jackson’s popularity was at its peak: Billie Jean was Number 1 in the UK singles chart and Thriller was enjoying its first spell at the top of the album chart. Punk was disappearing, briefly being replaced by the New Romantic era as Duran Duran and Spandau Ballet duelled in a similar manner to Blur and Oasis in the ’90s.

1983 was also the year compact discs were introduced to Europe and North America, marketed as a damage-proof media format following a successful introduction in Japan; at first, there were only a handful of titles available on CD, and so it was that The Hurting began its rapid ascent up the UK chart via sales of vinyl and cassette. Thriller had relinquished its position at Number 1 for a single week thanks to U2’s War but quickly regained top spot – only for The Hurting to knock it off once again on 19th March, just two weeks after its release.

It was a remarkable achievement for two young men who had struggled to find the sound they were still searching for less than two years previously. The turning point was keyboardist Ian Stanley. He had a wealth of electronic equipment and a home studio, which he offered the use of for free, and the duo readily admit that without this helping hand they wouldn’t be where they are today. To flesh out live proceedings, Stanley then became a touring member of the band along with drummer Manny Elias; with another stick wielder, Chris Hughes – ‘Merrick’ from recent post-punk darlings Adam And The Ants – on production duties for the album, another important collaborator was also within their camp.

Three decades have now passed since those memorable days and to celebrate the renowned debut, two anniversary editions are being released. The standard release will be a double album package containing the original album plus a 16-track second disc of b-sides and remixes. It should be pointed out that two tracks from The Hurting started life as b-sides anyway (The Prisoner and Ideas As Opiates), but also included are the acoustic Wino, We Are Broken from the re-issued Pale Shelter, and the reverse side of Change: The Conflict. We Are Broken is an odd one for inclusion – Broken is part of the segue effort (that transforms into Head Over Heels) from second album Songs From The Big Chair, and the song here is an early take on that track. Other goodies on this disc include original versions of The Prisoner, Pale Shelter and Suffer The Children, as well as extended versions of the latter two pieces of largely overlooked synth-pop perfection coming from a time when extended 12” remixes were highly popular.

A limited edition four-disc deluxe box-set will also be available for enthusiasts, boasting previously unreleased live sessions and a DVD of a 1984 gig from Hammersmith Odeon; also included is a reproduction of a 1983 tour programme as well as a 34-page hardback book written about the making of the album that includes rare and unseen photographs. The crystal clear live sessions include eight tracks (of the 10 in total) recorded for John Peel and David ‘Kid’ Jensen radio shows, aired within six weeks of each other in September and October respectively; two of the tracks appear in both sessions (The Hurting and The Prisoner), and there is little variation between each version, so their joint inclusion is mainly for completeness.

The live DVD is likely to endure more longevity than the sessions disc; an excellent extended version of Start Of The Breakdown opens the gig, and a smattering of tracks from the forthcoming follow-up album Songs From The Big Chair appear at various stages, including Head Over Heels, Working Hour and the nuclear war inspired Mothers Talk. Clothing and hairstyles offer some amusement, as does the dodgy state-of-the-art (at the time) interspersed visual technology that came during a period when computer graphics were still in their infancy. The vocal performances of both Orzabal and the lighter toned Smith are exceptional throughout, with Orzabal’s portrayal of Ideas As Opiates in particular being faultless.

The wealth of material on offer is impressive, although it is likely that the standard edition will satisfy most; the interim period between The Hurting and Songs From The Big Chair did spawn one non-album single in November 1983 – The Way You Are – but it’s omitted from this edition, largely due to its inclusion on the re-mastered version of the second album released in 2005.

The release comes at a timely moment as Orzabal and Smith work on new material – the first since an unlikely reunion resulted in 2004’s Everybody Loves A Happy Ending; the duo had split acrimoniously in 1990, the publicly announced reason being ‘creative differences’. A compelling recent cover of Arcade Fire’s Ready To Start has further pushed them back into the limelight, but the band’s commercial apex will generally remain as being Songs From The Big Chair, whatever the outcome of the new music.

Whilst not containing such global smashes as either Everybody Wants To Rule The World or Shout, or anything as hauntingly gorgeous as the largely forgotten gem Woman In Chains from 1989’s The Seeds Of Love, The Hurting shows where it all began for two young lads from Bath, remaining to this day one of the best and most essential synth-pop albums the ’80s had to offer, 30 years on.

Tears For Fears’ The Hurting 30th Anniversary Deluxe Edition is released through Virgin EMI on 21 October 2013.