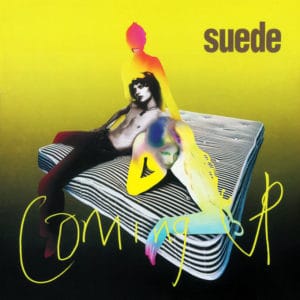 Looking back, 1996 was not exactly one filled with happy, joyous events in Britain. IRA bombings sadly began again after a lengthy ceasefire and the tragic Dunblane massacre saw 16 innocent children’s lives taken. There were also a couple of royal separations that came to fruition to disappoint the older generation in particular.

In stark contrast to recent times, sport saw Team GB fare poorly at the Atlanta Olympics, bringing home just a single gold medal – well, two if we’re being picky – courtesy of Steve Redgrave and rowing partner Matthew Pinsent, both of whom would be knighted on future dates. In football meanwhile, Alan Shearer broke Blackburn Rovers’ fans’ hearts as well as a new world transfer record when he moved to boyhood heroes Newcastle United for £15m.

The year was not the greatest in music history either. Summer had brought some much needed joy to the UK as England hosted the European Championships and with fellow competitors Scotland also finding itself gripped in Euro ’96 fever, football anthems would take over the period with David Baddiel, Frank Skinner and Lightning Seeds’ Three Lions taking pride of place both on and off the pitch. Such was its uplifting feel good factor, you couldn’t turn a radio on without hearing it for what seemed like months both before and after the tournament.

It was still the time of Britpop, albeit for not much longer, after the sub genre had reached its zenith the previous year with the infamous Blur/Oasis rivalry dubbed by some as the “British Heavyweight Championship” that saw the two bands going head to head in the UK charts with their respective single releases Country House and Roll With It. The same month (August) saw Oasis then topple the open air audience record with their enormous Knebworth shows.

Another outdoor event – the Reading Festival – would bear witness to a shambolic headline performance from The Stone Roses – or rather Ian Brown and Mani, as both Reni and John Squire had already departed – which proved to be the final nail in the band’s coffin until 2011’s reunion. Elsewhere, Take That also split whilst The Spice Girls and ‘Girl Power’ took off and perhaps most memorably, Michael Jackson’s entourage would take offence at Pulp’s Jarvis Cocker infamously strolling on to the American legend’s Earth Song performance at the Brits and giving it the seal of his disapproval – or was it the disapproval of his seal?

1996 is largely bereft of classic album releases. Notable exceptions were Nick Cave & The Bad Seeds’ Murder Ballads – including that unlikely duet with Kylie Minogue – Ocean Colour Scene’s Moseley Shoals, Manic Street Preachers’ Everything Must Go and The Charlatans’ Tellin’ Stories. Ash, Beck, Eels and Weezer all released notable collections too, whilst Alanis Morissette’s Jagged Little Pill would sell in droves and occupy the Number 1 spot on both sides of the Atlantic, but there was little on offer that would change history.

London’s Suede – actually known in the US as The London Suede following a dispute with an American singer/songwriter from Maryland – were embarking on a new adventure, one without Bernard Butler. After growing tensions between guitarist Butler and singer Brett Anderson, the former departed in 1994, a choice that he later regretted as being a “stupid mistake”. Anderson has also publicly claimed that letting Butler leave was his “biggest regret in life”, although at the time he had declared that the band had become less a band and more of a “fractious set of musicians”.

Following Butler’s departure just prior to the release of second album Dog Man Star, new members were recruited. First came a direct replacement on guitar. Seventeen-year-old Richard Oakes arrived from the most un-rock-like source of Poole in Dorset. Oakes had sent the band (via their fan club) a homemade four-track recording of himself playing some of Suede’s songs, and not only the guitar parts. His self-assurance was key, writing in his application for the role that he felt he would be a valuable addition to the band. Anderson was suitably impressed and following a formal audition, Oakes was invited to join ranks. But the fanbase weren’t happy; in their eyes, who on earth could replace Bernard Butler? Certainly no 17 year old kid.

Keyboardist Neil Codling would become the final recruit during the latter stages of 1995, his introduction to the band a lot less out of the ordinary than Oakes, Codling being a cousin of drummer Simon Gilbert, whilst original member Mat Osman completed the new look line-up on bass. Codling’s first public appearance would be in January 1996 at a secret show for the fan club, and now, with all faces in place, work could commence on the band’s third album, Coming Up. Without such a contributing factor as Butler, though, the band’s stock had fallen considerably, and there would be a distinct lack of expectation from the press who had collectively seen his exit as being too large a void to fill if they were to repeat – or get anywhere near, even – the success of the first two heralded efforts, Suede and Dog Man Star.

Giving Coming Up a head start were a couple of songs Anderson had tucked away from earlier days – By The Sea and Lazy. As well as a few songs in the bag, Oakes was proving to be something more than just a replacement guitarist too – even labelled as a genius in his own right by some, particularly when writing Beautiful Ones after a challenge issued to him to write a hit single – and with previous producer Ed Buller again on board, things were far less bleak than first imagined.

Buller has since claimed that there was a noticeable shift in the band’s mood for Coming Up. Taking nine months to complete, the album was “one of the funnest records” to make. Butler’s often dis-satisfaction with Buller’s production was also central to the rift that had destroyed the first line-up and with him now gone, there was far less tension; it clearly shows on the tracks.

Trash became the first single from the new look Suede and it was fantastically received. A better reception could hardly have been hoped for; it equalled the band’s highest UK chart placing at Number 3. It may have remained as the best performing single from Coming Up, but it was joined by a remarkable four more Top 10 singles – Beautiful Ones, Saturday Night, Lazy and Filmstar. Anderson had wanted an album full of hits and, despite a setback meeting where the band’s management had to explain to him that wasn’t the case, the finalised Coming Up did not venture far from Anderson’s vision. In the UK album chart, it hit the Number 1 spot, the band’s second of three chart toppers (the earlier eponymous debut being the first whilst Dog Man Star reached Number 3), so it was a firm response to the critics that had since written the band off.

In 2011, the success of the record was celebrated with a re-release during a period that saw all five Suede albums up to and including 2002’s A New Morning given the same re-mastering treatment. Included in the package were seven demos of tracks that would become key album moments, as well as b-sides Asda Town, Together and Bentswood Boys; a further disc rattled off 16 further b-sides plus an extra rehearsal track Motown. So now, with the release of a 20th Anniversary Edition box set, is it a case of overkill?

To mark the milestone, a number of packages are available. Firstly, there is a super deluxe edition that includes four CDs and a DVD. A limited number of 750 of these super deluxe releases will also include a 10” vinyl, consisting of the b-sides from the 2011 release. Aside from the bonus vinyl, the four CDs will be the original album plus two extra tracks, namely Europe Is Our Playground and Trash (new vocal/alternate ending mix), a disc of 17 b-sides, a disc of previously unreleased demos and ‘monitor’ mixes (essentially early versions) and a final 15-track CD of an October 1996 live performance at Amsterdam’s Paradiso. The DVD covers nine TV appearances including five Top Of The Pops shows as well as an hour long film of the band and Buller in track-by-track discussions about the recording of the album. In addition, a rather splendid book will accompany the discs, the book including rare photos, hand written lyrics and new notes from Anderson.

The inclusion of the b-sides disc is where most contention will arise. The only addition to the 2011 version is the Codling-penned Digging A Hole, and in all honesty it’s easily the weakest track on offer. As with the 2011 release, a clutch of live b-sides from the band’s cassette singles (including US releases) still remain missing. It’s also arguable as to whether anyone really needs another re-issue of Suede’s b-sides when the superb Sci-Fi Lullabies does the job admirably, the 1997 collection widely acknowledged as one of the best b-side compilations of all-time with material gathered from an era covering all of the first three albums.

The quality of the tracks here is obviously in no doubt, so for first timers it will prove to be a revelation as the staggering prolificacy of the band during this period is revealed once again with, for example, Anderson later stating that This Time in particular should really have made the album in the first place; the same could be argued of many of the other tracks including Sadie, Every Monday Morning Comes and WSD.

For fans already having the 2011 re-mastered edition, the highlights here will be the third CD, the live show and the DVD. Disc 3 inevitably fluctuates in quality as the source varies, but highlights include seven – basically instrumental – versions of Trash, Starcrazy, Picnic By The Motorway, Waltz, Every Monday Morning Comes, She and The Chemistry Between Us, the last two tracks being stunning string versions. The first demo of Lazy is more like an impressive acoustic take which is an excellent indicator of how Buller’s production would have glossed up the track; the same can be said of the early Beautiful Ones cut. By The Sea is another highlight, taking the appearance of a much more basic, piano-accompanied effort with minimal percussion.

After a ‘strings’ intro lifted from She, the live show storms through 14 further tracks and the quality of the performance is largely very good, albeit following on from an occasional flat sounding vocal for the first few songs but many fans will probably bemoan the length of the gig, being hopeful of a far larger set. As well as eight of the ten Coming Up tracks, the band churn out Heroine, Animal Nitrate, The Wild Ones, So Young, New Generation and Europe Is Our Playground.

A gatefold double vinyl version of the album is also available in bright yellow vinyl, simply a must have for record enthusiasts, the second disc including a number of the b-sides.

Being such a vital album, the 20th Anniversary release of Coming Up is going to be hard to ignore for fans, even those who splashed out on the 2011 re-mastered versions. Whilst it’s a shame that a number of b-sides still miss out, and a 5.1 stereo mix could have also improved the release further, this is undoubtedly the finest of the releases to date. It’s starting to get close to fan exploitation, though, and with the collection still not quite being all-encompassing, the hope is that a further edition with the aforementioned improvements is not subsequently released in the near future. For now though, this is as good a tribute to a single (and most excellent) Suede album you will find anywhere.

In celebration of 20 years since its release, Suede’s Coming Up will be reissued as a four CD + DVD with media book package. It will also be reissued on 180g yellow coloured vinyl, along with a bonus LP of b-side tracks. Further information can be found here.