On its 30th anniversary, Graeme Marsh looks back on the band’s move towards an electronic, dance-orientated direction, resulting in what now is seen as their defining moment 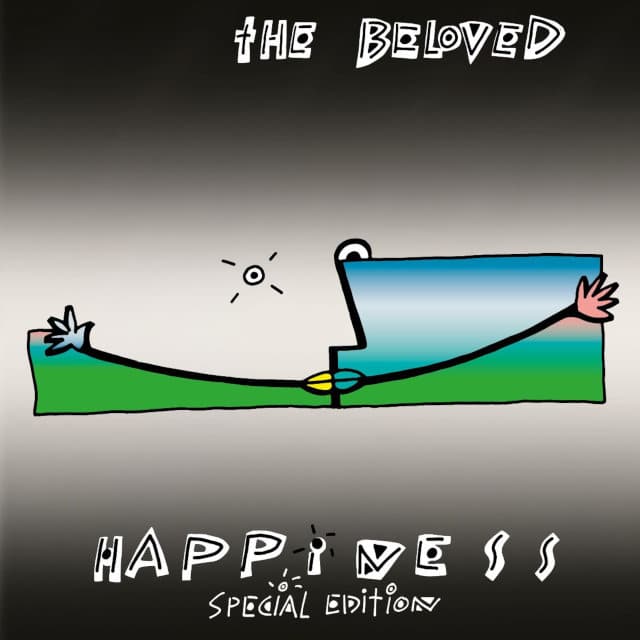 To celebrate its 30th anniversary, The Beloved are re-releasing their classic – and defining moment – Happiness, the first studio album proper following 1987’s Where It Is, a compilation that pulled together their previous work and a collection that has already received the upgrade treatment.

In the early days, The Beloved were more guitar based which may come as a surprise to many, with Happiness being the album that brought them into the mainstream and if you weren’t the enquiring type then you may never have had the joy of Forever Dancing et al. Comparisons with New Order came thick and fast during that period and they would follow a similar parallel via Happiness, but one that largely ditched reliance on Steve Waddington’s guitar brilliance. So, at the same time, they somehow continued to walk a similar path to the Manchester band but in a completely different direction.

In 1989 New Order moved away from the moody, post-punk core that began post-Joy Division, turning instead to acid house and Ibiza beats with the exceptional Technique. In the late ’80s and early ’90s, Ibiza’s popularity as non-stop party central soared; Brits flocked in their masses for the nightlife on a scale that was rarely seen outside the big cities. Of course, throughout this time smaller night clubs were popping up left, right and centre, even right next to the local supermarket in some small towns, but it left the youngsters with the taste for more, for bigger, for better. And Ibiza had it all.

“Marsh’s fascination with house music and clubs in particular was the driving force for the new electronic, all-out dance orientated direction”

At the same time, American house music was flooding the clubs in Britain. Drugs flowed, particularly more ‘in’ drugs like ecstasy, and with the largely underground rave culture also enjoying a boom around this time, everything came together in one huge melting pot of temptation and joy. The Beloved had undergone some serious changes around this time, seeing both Tim Havard (bass) and Guy Gausden (drums) depart – both of which, according to frontman Jon Marsh, were tough times. So, with the band reduced to just a duo, more personal influences were followed with less additional input and Marsh’s fascination with house music and clubs in particular was the driving force for the new electronic, all-out dance orientated direction.

Initially working with Paul Staveley O’Duffy as producer, things for Happiness didn’t get off to the best start; after bringing in Martyn Phillips, though, the project took off. Your Love Takes Me Higher was the first single to be released by the new line-up, the only track on the forthcoming Happiness to be produced by O’Duffy, and what a change it heralded. It was hideously catchy, vibrant and danceable that you just had to, well, move to it, and incorporating elements of brass synths worked wonders. But this was just the beginning.

With Phillips brought in, the duo found a kindred spirit and the three guys kicked on in glorious style to put together a collection that is simply a work of art. With the incredible ability to appeal to both rock fans and dance fans, Happiness stormed up the UK charts to number 14. Whilst US success was less forthcoming, the band had an almighty album on their hands and for most, the first taste wasn’t that first O’Duffy produced single, it was Hello, a song that also gave The Beloved their first Top Of The Pops appearance and back then, TOTP was just about as important as it could get for any artist trying to reach a wider audience. Not quite the force it once was during its peak in the ’70s when viewing figures would top 15 million, it was still massive in 1990 when Hello was released in January of that year.

The song seemed to fit the feelgood factor and upbeat nature of the show perfectly: from the ‘orchestra’ performing a warm-up from its first bars to the punchy, catchy optimistic vibes the song gave off through numerous name-checks in the lyrics (many of which – like a Cannon and Ball reference – would probably be lost on many nowadays). There was a gushing likeability to this song that drew you in. They may have been heading full-on into an electronic sound at this point but Waddington’s short guitar solo was sublime, ensuring that the track crossed genres as it generated wider appeal. The video would go on to be nominated for a Brit award in 1991.

But the draw of the album was not simply down to crossing genres; Hello may have been the initial catalyst for curious enquirers partly due to Waddington’s guitaring but the album largely pushed this to the side. But once you were in, you were in. You were hooked, in fact, because a treasure box had been opened. Ranging from gorgeous melodies like Time After Time offered to soothing relaxation like on closer Found, there was an additional attraction inside, one of calmness. Impossibly upbeat and engaging gems like Scarlet Beautiful – how was this not a single? – washed over you like a swathe of pure love whilst Up, Up And Away lifted you up and bounced you along all day.

Happy feelings flooded through during tracks like I Love You More, leaving you cleansed, and Don’t You Worry reassured with lines like, “I know it’s gonna turn out fine”. Superb ambient single The Sun Rising then took a sample (O Eucari, sung by Emily Van Evera) and stuck it on repeat for a sheer moment of bliss that left you in no doubt that Happiness was an album with magical, mystical powers. It could uplift, it could wipe out fears, it could wipe away tears…it could do anything (well, maybe not make a cup of tea and toast some bread, but you get the picture). If you ever needed a pick-me-up, this was it. As Marsh himself says, “Listening to it now, I hear the optimism, the energy and joy of my younger self”. He’s not wrong.

This great album is capable of bringing joy back into the lives of people who, as pandemic times creep on with no end in sight, might have forgotten how to feel good. In this sense its re-release is perfectly timed. It’s not quite the definitive edition that hardcore fans would have hoped for, but it’s a must-have, even if only for the remastering that leaves the original album sounding phenomenally pristine, arriving in double 180g heavyweight vinyl, double CD and digital formats.

Most eyes will immediately focus on the CD’s second disc. Several demos are included: the crystal clarity of I Love You More is startling for a demo and it’s a ‘nice to have’ moment, as if waiting for its makeover and that sprinkling of magic dust. Same goes for most of the other demos: Your Love Takes Me Higher sounds distinctly more sinister than the album version whilst Wake Up Soon is a lot sleazier sounding. Time After Time is possibly the closest to its final version but there is one huge problem here, and we’ve seen it before with additional discs on special editions – the running order. It matters not what the song is, but artists please take note – not many people want to listen to the same song twice in a row. Split them, stick them on at the end, but please, not one after the other.

Some previously unreleased tracks get an outing on the special edition, and here’s where there’ll be a lot of interest from fans. According to Marsh, songs were often temporarily given a girl’s name as a marker, and Jackie (Won’t You Please Come Home), Sally and Jennifer Smiles all appear here. The former – an earlier penned track – bears shades of INXS’ Never Tear Us Apart with its dramatic, staccato effect and it’s great, although lacking the dance element of Happiness, so would have found it hard to have landed a place on the album. Sally is awash with shades of OMD yet sounds more in line with the album whilst Jennifer Smiles is Marsh’s attempt at writing something in the vein of Lloyd Cole & The Commotions – Jennifer She Said springs to mind, of course – and it’s unnervingly close to its target.

The fourth unreleased song is the piano led My Heart’s Desire, which strikes a Cocteau Twins like sound at times but it’s rather directionless despite a very decent piano melody. It’s also hard to pinpoint where exactly it sits in their catalogue, veering between the band’s various guises.

We are treated to one previously unreleased 12” mix too – The Sun Rising (Evening Session remix) – but it feels a little misplaced. Happiness was followed a few months later by the remix album Blissed Out and with the lack of any of the plethora of available Bandcamp mixes of their tracks here, it would probably have served better as an addition to a re-release of that collection, should that also surface at some point. Fans will bemoan the lack of many other cuts such as standard 12” mixes of the four singles or perhaps the 12” vocal mix of I Love You More, or maybe It’s Alright Now, a track that followed hot on the heels of Happiness and found a place on Blissed Out, the 12” of which is superb – although the CD single suffers the ‘too many versions one after the other treatment’ too.

Whilst it’s impossible to satisfy everyone, Happiness Special Edition does a brilliant job at breathing life into a 30-year-old album. As Jon Marsh himself says, “Rekindle some of the wonder and hope. Find Happiness once more.”

Further information on The Beloved’s Happiness (Special Edition) can be found here.

The Beloved MP3s or CDs

The Beloved on Spotify

More on The Beloved
The Beloved’s Jon Marsh: “I watched the sun rising over Nunhead in the distance” – Interview
The Beloved – Happiness (Special Edition) – Spotlight